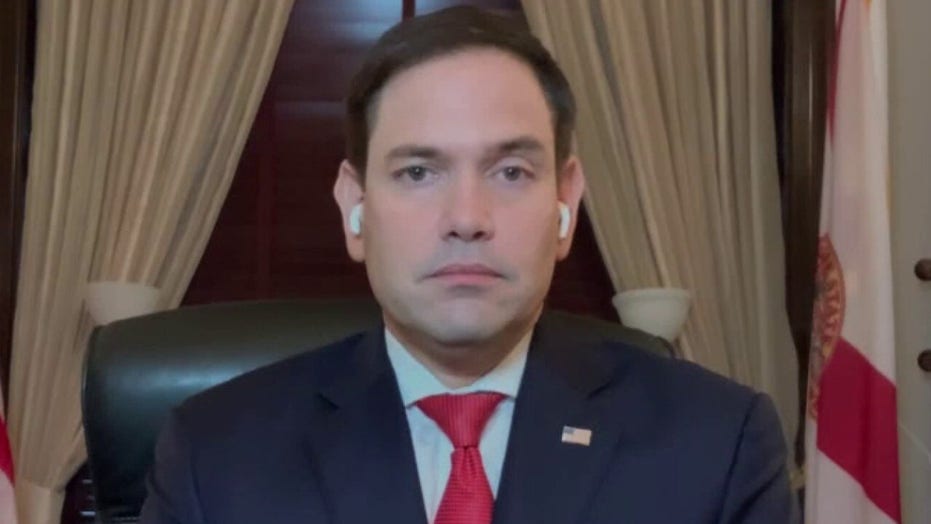 Republicans can’t ‘walk away’ from people Trump brought into the Party: Rubio

Sen. Marco Rubio, R-Fla., slammed Democrats for going after President Trump's election lawsuits after Joe Biden was projected to be the president-elect Saturday.

"I laugh when the Democrats complain about that," Rubio told "America's Newsroom" Thursday.

"I remember in Florida we had a close Senate election. Chuck Schumer and his party hired a bunch of lawyers and contested it for almost 20 days because that's what the law allows you to do," Rubio said.

The Trump campaign filed more affidavits in Pennsylvania on Thursday with lawsuits also filed in key states like Michigan, Arizona, Georgia and Nevada.

Until the Electoral College casts its vote for president on Dec. 14, states should continue to move forward to certify results and anyone with evidence of wrongdoing should present that in the meantime, the senator said.

"There's nothing that the president's doing that's illegal or not within his legal rights," Rubio explained. "That's our laws, so I don't know what all the freak-out is about."

Rubio alleged that Joe Biden and his campaign would've done the same if the outcome were reversed.

Rubio, who is campaigning for Republicans in the Georgia Senate runoff taking place in January, said the choice is basically between choosing the GOP and two Chuck Schumers to represent them.

When co-host Sandra Smith asked about a potential 2024 run, Rubio said he is focused on getting re-elected to the Senate in 2022 but isn't ruling it out as he's run for president before.

Hannity slams MSNBC, CNN for ignoring Biden's remarks on economy: 'They just cover for him'