THE Royal Marines have been testing out a 'jet-suit' that can fly men over the sea and onto other vessels.

An impressive video shows one marine using the suit to fly over water and land on the HMS Tamar located off the south coast of the UK. 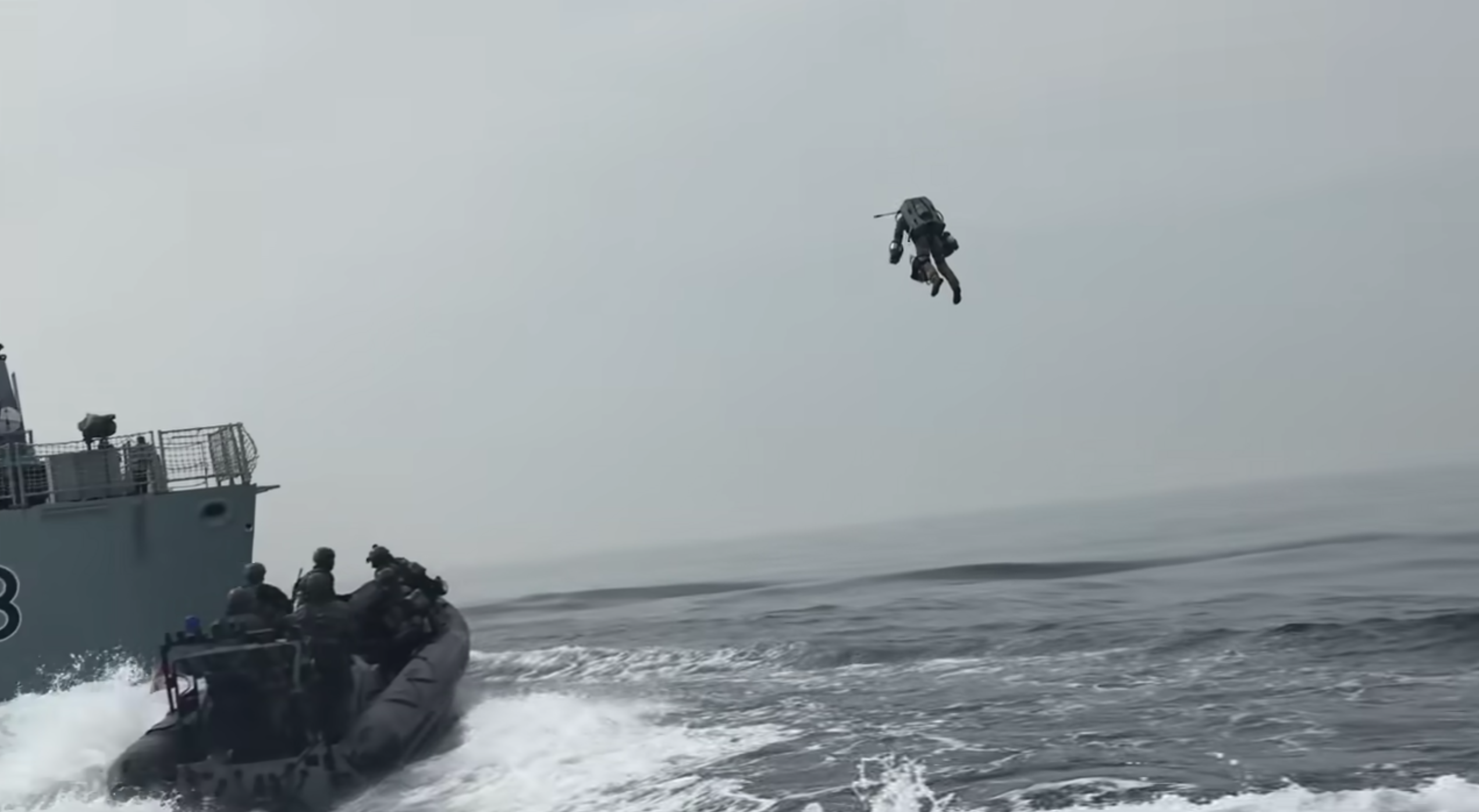 Jet-suit developer Gravity Industries partnered with the Royal Marines to test out the cool tech.

It demonstrates how the jet-suit is quicker than other methods for boarding vessels, such as fast roping from a helicopter or climbing a ladder. 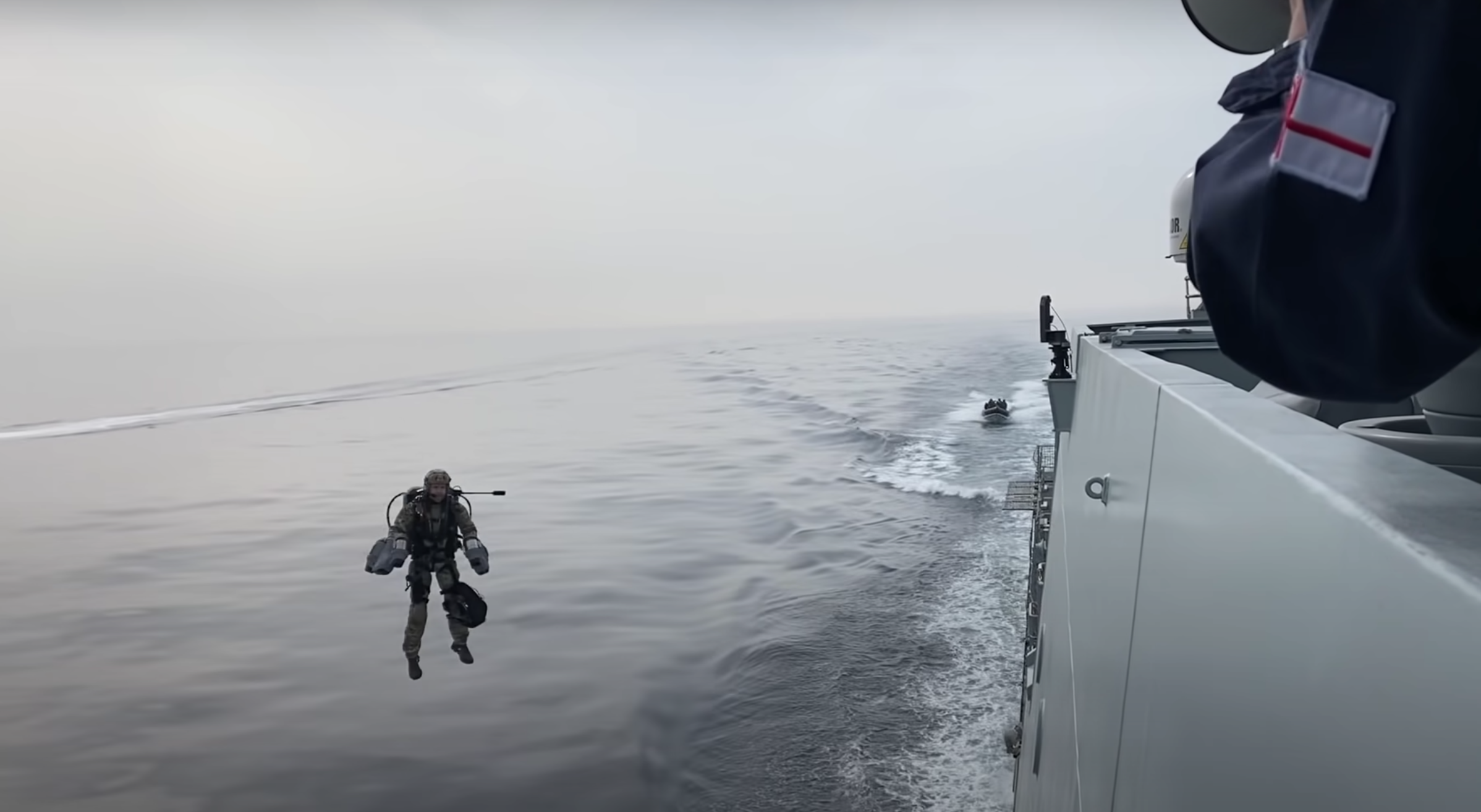 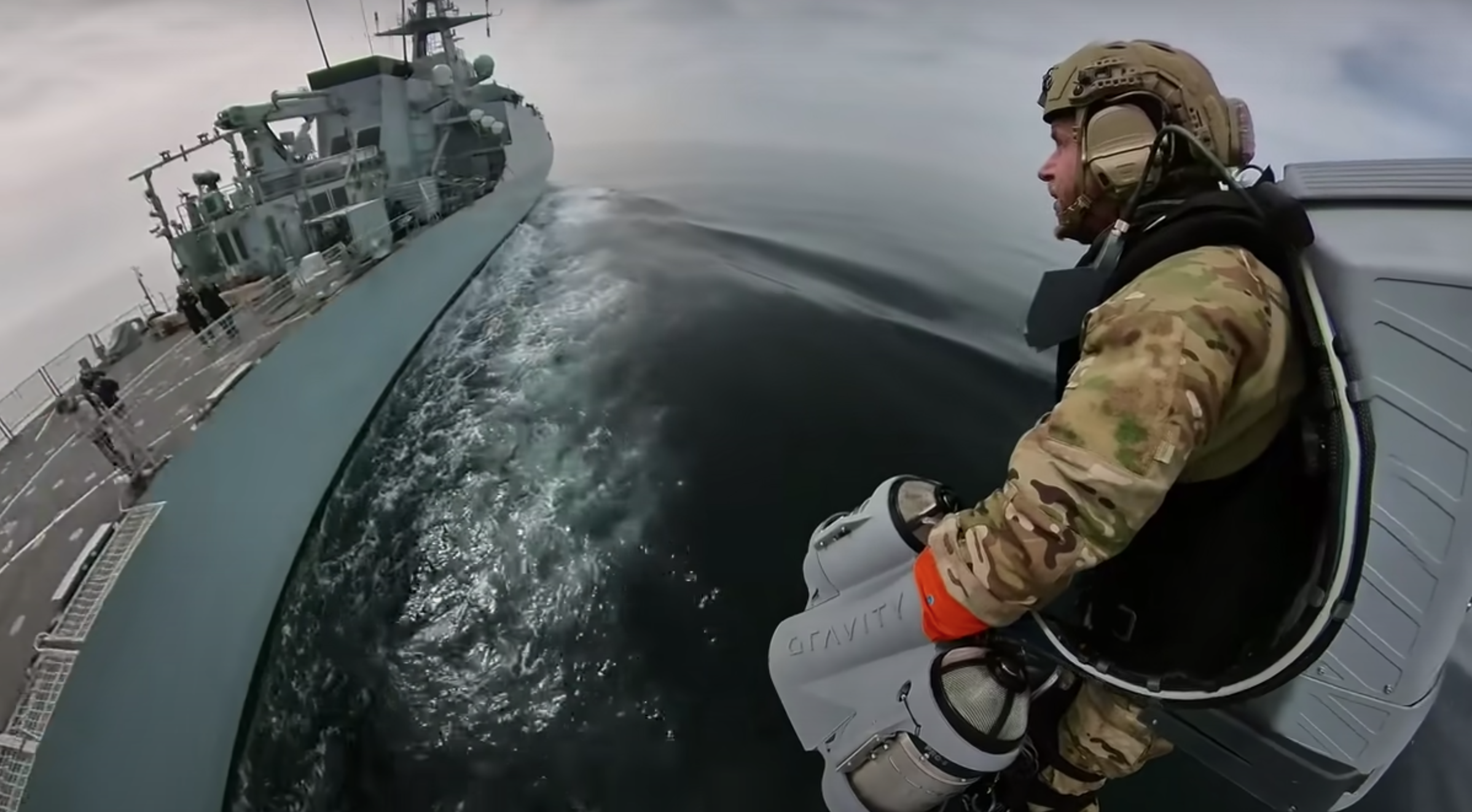 The suit has previously been tested by paramedics working in the Lake District.

It could become an easy and safe way for medical professionals to get to people in hard to reach locations. 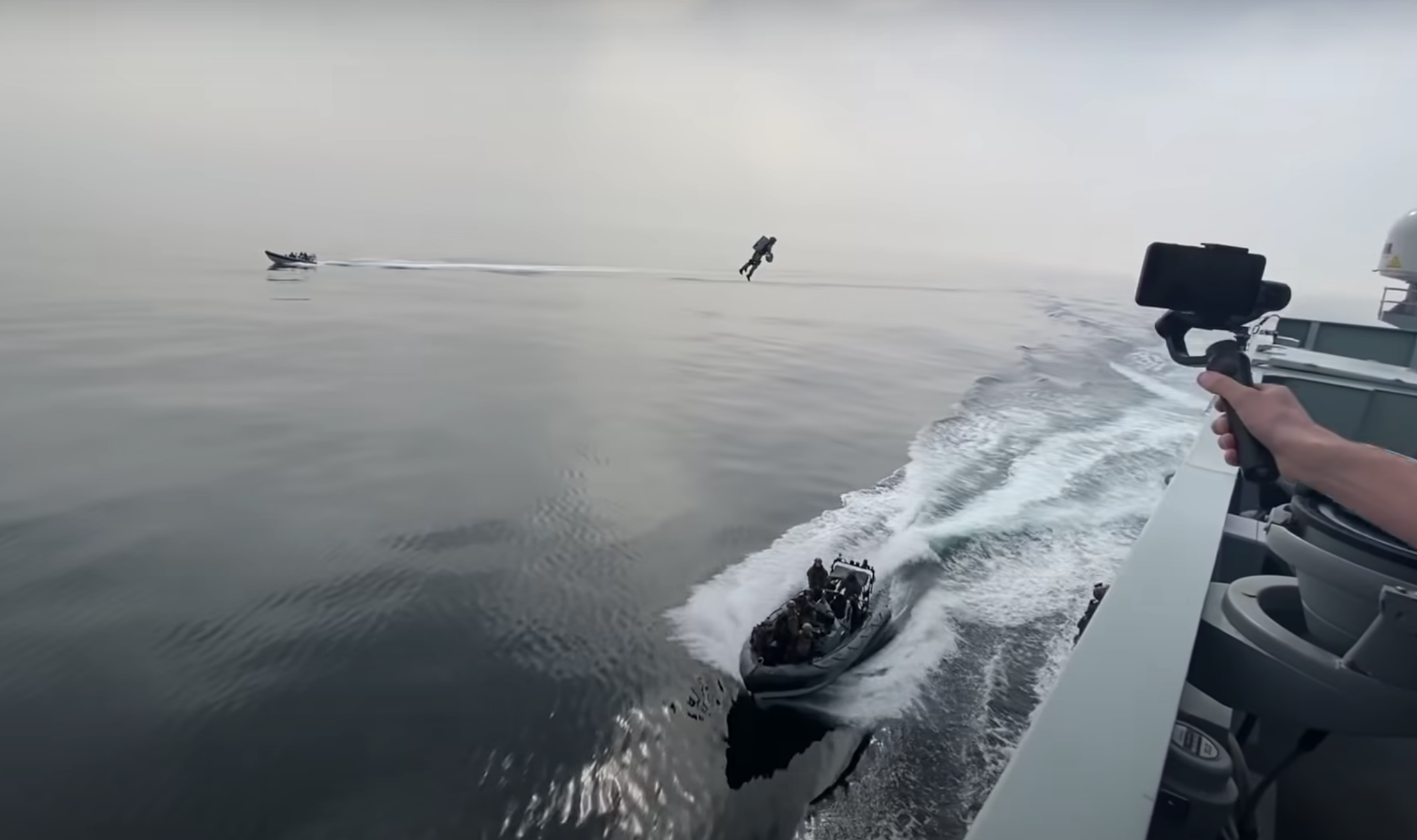 Its suits have been around the world with boss Richard Browning demonstrating how they work.

With a flight time of eight minutes, they give the wearer the ability to fly by way of five mini jet engines.

The wearer has four of the mini jet engines strapped to his hands and one on his back.

The jets are said to be able to reach a top speed of 55mph.

They are also able to generate a stunning 1000bhp (brake horse power), the equivalent of a Bugatti Veyron supercar.

In other news, it is legal for plans of 3D 'ghost guns' to be posted online, according to a US court ruling.

Japan has said radioactive water waste collected at the site of the Fukushima nuclear disaster will have to be dumped in the ocean.

The Russian Defense Ministry has even released a video showing the first test of a weapon that creates “radioactive tsunamis.”

What do you think of the 'jet-suit'? Let us know in the comments…