Social media behemoth Facebook funnelled more than half a billion dollars in Australian advertising revenue last year through an offshore subsidiary to trim its local tax bill to just $20 million.

Accounts disclosed with the corporate regulator, the Australian Securities and Investment Commission, on Friday evening show Facebook sidestepped the worst effects of the recession last year sparked by the coronavirus pandemic. The company generated total advertising revenue in Australia of $712.7 million in its 2020 financial year ending in December, up from $674 million in 2019. 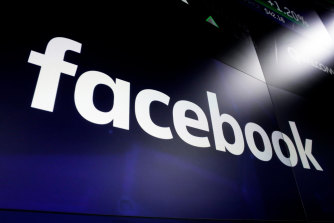 Facebook made more than $700 million from advertisers in 2020.Credit:AP

However, payments of $559 million it made to an offshore subsidiary for the “resale of advertising inventory” left it with net revenue of $155.3 million, compared to $167.1 million the previous year. The company’s pre-tax profit was $37.9 million. On that profit it paid $20 million in tax, compared to $16.7 million in 2019.

“During the last financial year, we paid income taxes in Australia at effective tax rates well above 30 per cent and in accordance with local taxation laws,” a Facebook spokesperson said in a statement. “We take our tax obligations seriously and we are committed to supporting local communities and businesses in Australia”.

Facebook said in its annual report it had had “limited disruption” in Australia to its activities due to the pandemic.

Facebook’s resilience in the face of COVID-19 echoes similar growth experienced by search advertising giant Google which also grew in Australia last year. However, it contrasts with the experience of large local media companies such as News Corp, Seven West Media and Nine (owner of this masthead) during the pandemic.

Local media companies have posted strong profits in recent months but were forced to slash costs and in some cases cut jobs last year due to advertising revenue falls of as much as 30 per cent.

The talks came from the introduction of media bargaining laws introduced by the federal government earlier this year that force commercial negotiations between Facebook and Google and media companies. Facebook initially withdrew all news content from its platform in a protest against the laws, however the tech giant backed down after concessions to the laws were made by the government.

The tech company has formalised contracts with Seven West Media and News Corp and a formal deal with Nine Entertainment Co (owner of this masthead) is expected to be signed within the next fortnight, according to sources familiar with the talks. Meanwhile, talks with outlets such as Guardian Australia and national broadcaster the ABC are still progressing.

State Pension: Can you receive money if you live or work overseas? How to claim

Miles underground, sleeping at work: How miners try to dodge the virus