Researchers have found that decay of tissues after death can be halted and cell functions restored based on early experiments in pigs that may eventually help increase the number of transplantable human organs.

Sixty minutes after stopping the heart in the anesthetized animals, Yale researchers were able to restart the circulation using a specialized machine and a synthetic fluid carrying oxygen and other components that promote cellular health and suppress inflammation.

Six hours later, treatment with the so-called OrganEx technology had reduced or corrected some of the damage, such as organ swelling and collapse of blood vessels, that typically results from lack of oxygen when cardiac arrest halts blood flow.

The results show that when the heart stops, the body is "not as dead as we previously assumed," Zvonimir Vrselja of Yale University said at a press briefing. "We were able to show that we can persuade cells not to die."

Genetic analysis of the tissues suggested that molecular and cellular repair processes had begun once circulation had been restored, the researchers reported on Wednesday in the journal Nature. 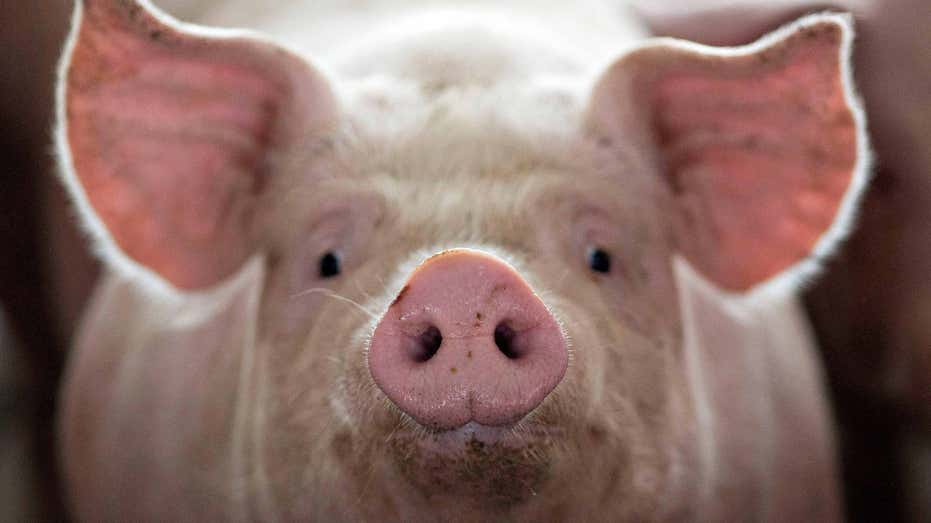 Promising research on pigs suggest that scientists might be able to stop cells from decaying, which will increase the number of organs that can be transplanted for humans. Pictured: Pig stands in a pen at Duncan Farms in Polo, Illinois, U.S. on April (REUTERS/Daniel Acker / Reuters)

During the entire experiment, the pigs had no evidence of electrical activity in the brain, the researchers said.

They hope OrganEx will eventually enable increased use of organs retrieved after withdrawal of life support in donors with severe, irreversible brain injuries by preventing the damage that ensues when blood stops circulating. Currently, these organs do worse after transplant than those procured from brain-dead donors who remain on life-support.

That could be years away, however.

The pig study result "stops far short of saying that any organs were restored to the level of function" necessary to support life, said Stephen Latham of Yale's Interdisciplinary Center for Bioethics.

Theoretically, the technology could someday be used to restore life in someone who has just died. "In order to do that, there's a great deal more experimentation that would be required," Latham said. "And you'd have to think about what is the state to which a human being would be restored."

Use in organ transplantation is a much closer, more realistic goal, Latham said. Any use of OrganEx as a medical therapy "is going to be a long ways away."

The Lamborghini Countach returns as a supercapacitor-powered hybrid supercar