Rep. Nancy Mace (R-S.C.) sent a letter to Dr. Anthony Fauci and the National Institutes of Health demanding answers to reports that taxpayer money from his department was used to subject dogs to abusive testing.

“Yesterday, I sent a letter to Dr. Fauci regarding cruel, taxpayer-funded experiments on puppies; debarking before drugging and killing them,” the South Carolina Republican tweeted Saturday along with a copy of the letter. “Thankful to my 23 democrat and republican colleagues who signed on. This is disgusting. What say you @NIH.” 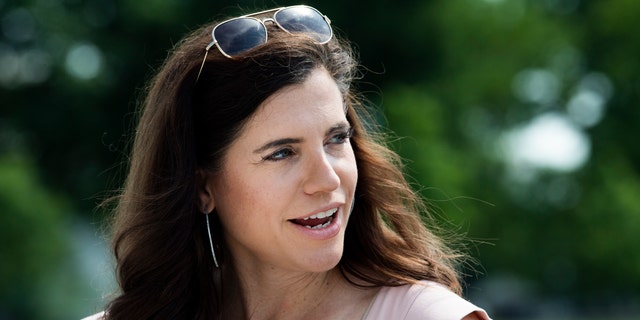 UNITED STATES – MAY 20: Rep. Nancy Mace, R-S.C., is seen at the House steps of the Capitol during the last votes of the week on Thursday, May 20, 2021. (Photo By Tom Williams/CQ-Roll Call, Inc via Getty Images)

A report from the White Coat Waste Project that was based off a Freedom of Information Act request with the National Institutes of Allergy & Infectious Disease found that more than $400,000 in taxpayer money was spent on canine experiments during which beagles were infected with parasites via biting flies.

The Project reported that Dr. Anthony Fauci’s bureaucracy’s budget in 2021 is an estimated $6 billion, and that documents obtained through FOIA show evidence of a study in which otherwise healthy beagles were treated with an experimental medication before being introduced to biting flies that were carrying a parasite known to be contagious to humans.

“A new report shows that under Fauci’s direction, the [NIAID] funded painful and deadly experiments on dogs,” Fox News’ Ben Domenech reported in August, adding that records obtained by White Coat Waste show the dogs “endured months of pain, and once researchers were done with them, they were killed.”

The NIH did not immediately respond to a request for comment on Mace’s letter from Fox News.

The controversial treatment of man’s best friend has resulted in widespread criticism on social media including from podcast star Joe Rogan.

The letter from Mace comes days after Fauci found himself in hot water for repeated claims that taxpayer dollars were not spent on gain of function research in a Wuhan, China lab which was seemingly contradicted by an NIH official.

In a letter to Rep. James Comer, ranking member of the House Committee on Oversight and Reform, an NIH official admits that a “limited experiment” was conducted in order to test if “spike proteins from naturally occurring bat coronaviruses circulating in China were capable of binding to the human ACE2 receptor in a mouse model.”