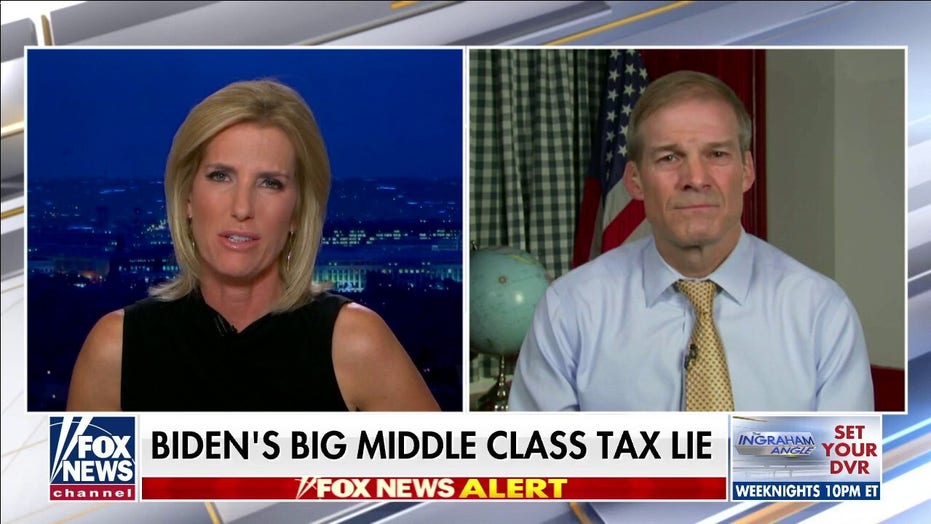 Rep. Jim Jordan says his district have ‘had it’ with the Biden administration and ‘what Democrats have done’ on ‘Ingraham Angle’

The U.S. Chamber of Commerce accused the authors of the President Biden-backed reconciliation bill of using “gimmicks to cover up well over $1 trillion in spending,” and called on Congress to identify the bill’s actual “real-world impact.” Rep. Jim Jordan, R-Ohio, appeared on “The Ingraham Angle” Thursday night to discuss Biden’s policies.

REP. JIM JORDAN: “Joe Biden also told us that when you spend another $2 trillion it’s not going to make inflation worse, we all know that was wrong. We knew for sure that if there were tax increases on American families in this package—even though we haven’t seen it, really hasn’t been scored by CBO (Congressional Budget Office), we know that’s the case. And of course,  we also knew, when Joe Biden told us a week ago that he wasn’t really going to pay people who illegally came into our country $450,000. We also knew that was true when he told us it wasn’t. And the outrage from the people—I mean—I have been all over our district today, the outrage from the citizens I get the privilege of representing is real because they have had it with this administration and with what Democrats have done in complete control of our government.” 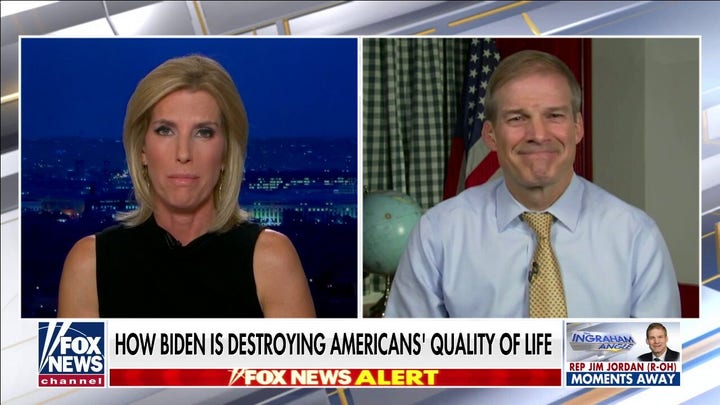 Op-ed: What Kamala Harris as vice president means for my daughter

The Rift In The House Democratic Caucus