New York (CNN Business)During the 1980’s, artist Matthew Wilder composed a song in about 30 minutes. That song, “Break My Stride,” has been featured in films and commercials over the years and turned him into a one-hit wonder.

Now, nearly four decades later, the song is gaining relevance for listeners who weren’t even born when it was first released, thanks to its popularity on an unexpected platform: TikTok.
On the short-form video app, popular with Generation Z, users typically share 15-second clips of themselves dancing, lip-syncing or doing comedy skits, most often set to music. “Break My Stride” began trending on TikTok earlier this year and has since been used in well over 800,000 videos on the app, while the hashtag #breakmystride has been viewed nearly 100 million times.

Teens have posted videos of themselves dancing to the song, or acting out its lyrics with props like laundry baskets. The upbeat and bubbly pop song, coupled with its memorable refrain, has an almost magical power to make people feel like dancing. In one TikTok video that was liked 3.5 million times, the creator took a video of his mom sleeping, and then Photoshopped her into different backdrops relevant to the lyrics, such as sailing across the sea to China and in a row boat. 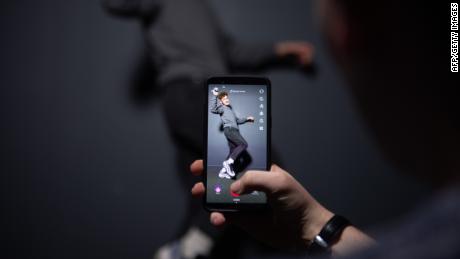 “Now with the advent of TikTok, it’s like having a hit record all over again with a whole new generation,” Wilder, 67, told CNN Business. “Break My Stride” recently landed on Spotify’s Viral 50 playlists in the US and the UK and was on Apple Music’s Top 100 chart in over 20 countries.

“Break My Stride” isn’t alone. A number of other artists have seen their songs go viral on TikTok. The success of Lil Nas X’s blockbuster country rap hit “Old Town Road” has been largely attributed to its popularity on TikTok, where the remix of the song, featuring Billy Ray Cyrus, has been used in 7.5 million videos. The song finished 2019 as Billboard Hot 100’s “Song of the Year.” Other popular songs on TikTok include: “Roxanne” by Arizona Zervas, “Dance Monkey” by Tones and I, and “Say So” by Doja Cat, all of which cracked the Billboard Top 100 at some point.
The success of these tracks, both old and new, highlights the impact that social media platforms — even a relative newcomer like TikTok — have on arts and culture. Just as Tumblr launched book deals and Instagram impacted the design world, TikTok is changing how musicians create and promote their work.
Music is crucial to TikTok and its roots. In 2018, parent company ByteDance shut down Musical.ly, a short-form video app known for lip-syncing videos, and merged it with TikTok. Today, it is arguably still best known for lip syncing and dancing. As a result, emerging and established artists sometimes get to watch as their music takes off organically as part of a trend or challenge on the social network. Others will pay TikTok stars to feature their song in a video.
Kio Cyr, 19, a social media influencer with about 4 million TikTok followers, charges as much as $3,000 to post one video featuring a song. Since joining TikTok last summer, he estimates that he’s been paid to promote about 25 songs so far. “If you want a song to do well in the music industry today, you have to get on TikTok,” Cyr said. 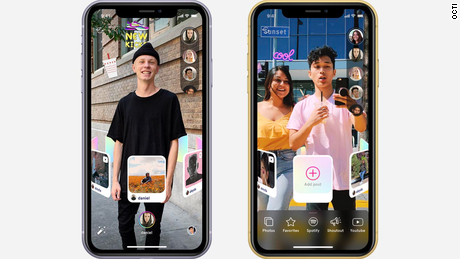 Ricky Ray Butler, CEO of influencer marketing firm BEN, said once a song goes viral on TikTok, it sees huge spikes on other streaming services such as Spotify (SPOT) or YouTube, which “directly translates to money in the artists’ and labels’ pockets.”
“It has a domino effect. It spills over into every conceivable streaming format … and creates a wave of acknowledgment and awareness in a generation that was not even aware of the song back when it originally was released,” Wilder said of TikTok.
Beat drops and heavy bass are two of the most obvious ingredients that help songs gain traction on TikTok. But Cyr said “relatable” lyrics are important, too. The right words can inspire the content that influencers (and regular users) create or make into a meme. Butler agreed, noting that songs with simple and catchy lyrics that are easy to dance to prove to resonate on the platform.
Jacob Pace — CEO of Flighthouse, a media brand on TikTok that also works with artists and record companies to promote music — said artists should keep TikTok in mind when it comes to their records.

“They don’t necessarily have to make records for a TikTok, but there’s ways of editing and remixing songs for them to then become better [suited] for TikTok,” he said. For example, artists could add sound effects, speed up or slow down the track, or add voices before or after the song.
As for Wilder, he has more music in the works. “I’m planning on writing and releasing new music as a result of the raised awareness through TikTok,” he said. “And most definitely, I’ll be posting on TikTok and every other platform that’s available to let people know about the new music that’s coming.”
Source: Read Full Article

Future Mars trips will require huge shifts in spacecraft propulsion, with NASA and startups working on a fix

Proving Distress Is Step One for Companies Seeking Virus Aid