The average time for a property purchase from accepted offer to completion in the year to date is now 133 days. Bureaucracy, long-winded legal procedures, council red tape and a shortage of lawyers and conveyancers – many of whom are still working from home – are dragging the property market to a standstill, experts warn.

And people are losing thousands of pounds in surveys and solicitors fees as property-buying chains collapse as a result.

At just over four months, the longest wait time on record for buyers is even higher than during the market boom when there was a conveyancing collapse due to high demand.

It is 60 per cent longer than a decade ago, according to Landmark Information Group, a property data company.

For sellers, the average time from listing to completion is 157 days – also the highest on record.

Lewis Shaw, broker at Shaw Financial Services, said: “Delays in transactions have led to mortgage offers expiring, causing us as brokers to select a new mortgage product at the same time as rates have risen.

“I had a deal recently where the mortgage applied for was 1.14 per cent fixed for five years; the offer expired and the new product was 1.92 per cent.

“This was because the chain took eight months to complete meaning the customer had a significantly higher mortgage payment because of delays caused by solicitors.

“As we all know, buying or selling a home is stressful, expensive and emotional; it can only be as good as the weakest link. 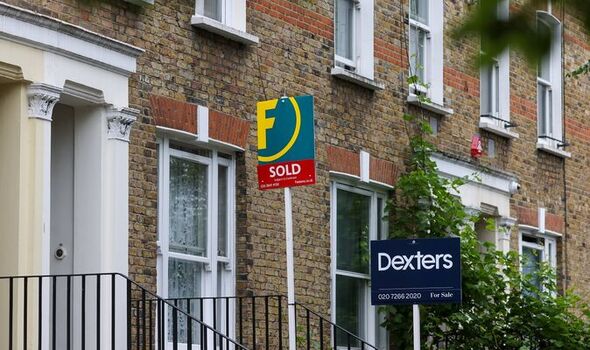 “I’ve arranged mortgages and had offers issued in four hours. What good is that when the solicitors will then take a further four months, at best, to complete the transaction?

otherwise, they could find themselves redundant if someone develops an end-to-end tech-driven solution.”

The market has so far been protected from the impact of rising mortgage rates because buyers today are purchasing with mortgage deals agreed several months ago, when rates were cheaper.

However, as transactions drag on, these deals are expiring, and buyers are having to get new mortgage deals at much higher rates.

Between November 2021 and May 2022, the average two-year fixed-rate deal for a 25 per cent deposit leapt from 1.53 per cent to 2.63 per cent, according to analysts Pantheon Macro­economics.

This was the fastest increase in any six-month period since 2003 and will cost a typical buyer an extra £1,980 a year.

“It used to be that having to request an offer extension from a lender was a once in a blue moon event, now it’s a regular occurrence because too much work is dealt with by sausage factory conveyancers,” he said.

“These outfits when they come up with a problem are happy to ‘send an email’ to get the case off their desk for a fortnight rather than spend a bit of time on the phone actually sorting the matter.

“We need to chuck our current UK process in the bin and start again using modern technology.

“Why are we still more or less working with processes hundreds of years old when the rest of the world is doing this better?”

Conveyancers are lawyers that specialise in the legal side of moving home.

A conveyancer will go through the legal process to transfer the property ownership from one person to another.

This includes identification checks and environmental and drainage searches for the property.

Beth Rudolf, of the Conveyancing ­Association, an industry body, said:

“It is absolutely ridiculous how long people’s lives have to be on hold. It is a nightmare.”

Max Armstrong, of North East Property Investment, a buy-to-let specialist, said in the past 18 months, the average time to complete a transaction in the North East has jumped from six or seven weeks to 17.

He said: “Solicitors have got too much on. The local authority searches are taking double the time. Nobody is back at work and nothing is happening.”

Mr Armstrong told of a client who is selling a buy-to-let property to fund his cancer treatment.

“It took so long that eventually the buyer pulled out after waiting for four and a half months,” he added.

Simon Brown, of Landmark, warned that more sales could fall through as transactions drag on.

“Or the price will have to come down. The buyer will still be there, but they might just only be able to buy at a lower price,” he said.

Half of all sales in the UK in the year to date have taken more than three months to complete, a record high and roughly double the share in 2017,

according to Hamptons estate agents.

For mortgaged buyers, the share taking more than six months to complete has hit a record high of 13.9 per cent.One in seven will therefore have to renew their deals before they can move house.

In June 2022, the average wait time for a buyer was 130 days, according to Landmark.

This was 19 days longer than in June 2021, when the pressure on the conveyancing process was particularly extreme due to the end of the stamp duty holiday that month.

Part of the problem is a chronic shortage of conveyancers, many of whom left the sector during the pandemic.

Oli Pearce, a director at Guild Mortgage services, in Wellingborough, Northants, is caught up in huge delays. He and his co-director wife Liane have struggled through a “shambolic” buying and selling process that started in April.

“I believe that conveyancers have had a hard time of it in the past two years of the pandemic.

“Equally, I do feel that the pandemic is still an easy ‘get-out clause’ for the lack of service from some firms.” He added: “A lack of urgency from the sellers’ conveyancers has caused a serious delay and concern from the whole chain.

“We are experiencing the same with our own clients, some of whom have been waiting for months for responses.

“I’ve been in the industry since 2009 and have never seen it so difficult to get a sale through to completion.” 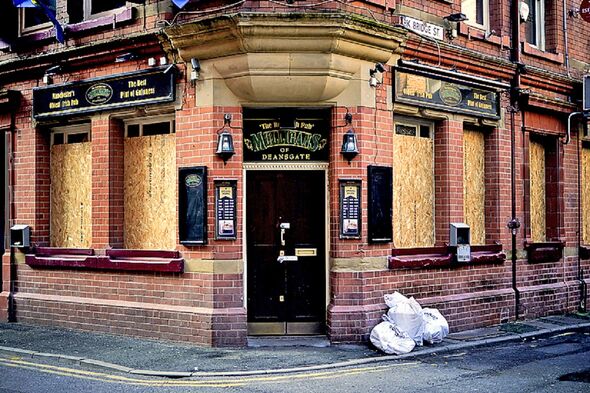 There are fewer pubs in England and Wales than ever before, according to analysis that sheds light on the ruinous impact of the pandemic and soaring business costs, writes Emily Braeger.

Pubs that have disappeared from communities have been demolished or converted into other buildings like homes and offices, the research from real estate advisers Altus Group says.

The hospitality sector has faced immense challenges in recent years as it recovered from the pandemic, which saw national lockdowns causing closures and reduced demand. But the researchers suggest that while pubs managed to battle through Covid, they are now facing a fresh challenge thanks to record-high inflation and an energy crisis.

200 pubs vanished from English and Welsh communities from the end of 2021 up to the end of June.

The West Midlands saw the biggest drop of 28 in just half a year, followed by London and the East of England which both lost 24.

Pubs in the overall count are those that must pay business rates, including those vacant and being offered to let.

According to research from the British Beer and Pub Association, British Institute of Innkeeping and UKHospitality, only 37% of hospitality businesses are turning a profit.

The rising cost of energy, goods and labour were identified as the biggest factors behind falling profits.

The hospitality industry has called on the Government to provide more support.

Emma McClarkin, chief executive of the British Beer and Pub Association, said: “When pubs are forced to close it’s a huge loss to the local community, and these numbers paint a devastating picture of how pubs are being lost in villages, towns and cities across the country.

“As a sector we have just weathered the hardest two years on memory, and we now face the challenge of extreme rising costs, with only one in three hospitality businesses currently profitable.

“It’s essential that we receive relief to ease these pressures or we really do risk losing more pubs year on year.”

In the past week, pub bosses have warned of the impact of rail strikes on sales for hospitality firms, adding to the existing problems of price hikes and waning consumer demand.

The founder of City Pub Group in London, Clive Watson, said in June he could have lost as much as 25% of usual sales as industrial action led people to can

Pub landlord Heath Ball said he has been stuck in a “perfect storm” due to Covid, the war in Ukraine and the cost-of-living crisis all putting pressure on the industry.

The owner of The Red Lion and Sun in London’s Highgate since 2007 said: “Brexit has made it much harder to find staff.

William Lees-Jones, 57, the managing director of JW Lees Brewery and vice-chair of the British Beer and Pub Association, told how pubs have had a “roller coaster ride” recently.

He said many of his pubs as “are struggling to even get energy firms to want to supply them” as they see hospitality businesses as a “risk”.

He warned: “This autumn will push many pubs over the brink unless the Government lowers VAT or protects pubs with an energy cap. 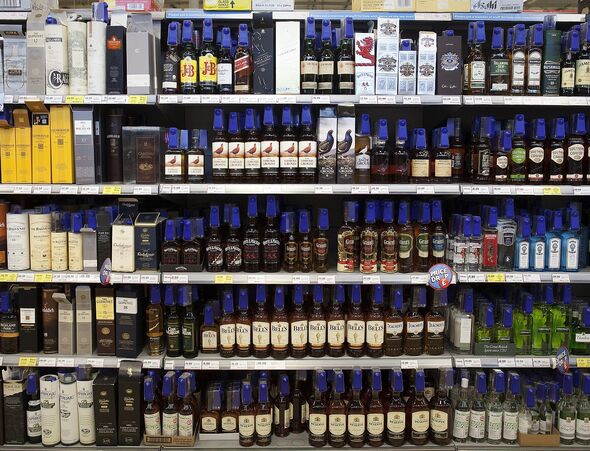 Alcohol sales have dramatically slumped amid the deepening cost of living crisis.

The Grocer’s annual 100 Biggest Alcohol Brands report revealed that overall off-trade sales dropped by £1.5billion in the year to the end of April compared to the previous 12 months, with record inflationary pressures hitting the industry.

During the pandemic, the industry saw alcohol sales in supermarkets and off-licences soar.

Mintel’s British Lifestyles report showed that sales in 2020 jumped 16.3 per cent to £3.6billion as eating and drinking occasions moved into the home.

But with Covid restrictions lifted, off-trade sales have taken a blow. And with soaring costs across the supply chain, from manufacturing and energy to freight and staffing, the alcoholic beverage industry finds itself in difficult times.

Strongbow, producer of the world’s leading cider, have seen the biggest decrease in sales, down by £98.6million. Sales of traditional cask ale have also plummeted by a fifth in the last two years.

The Grocer’s annual 100 Biggest Alcohol Brands report revealed that overall off-trade sales dropped by just over £1.5billion in the year to the end of April compared to the previous 12 months.

Who will be the 2021 NASCAR Cup Series champion?