IBM has been gradually welcoming staff back to its offices around the world.

Nearly 200 sites have reopened. IBM CEO Arvind Krishna said the company expected 80% of its about 350,000 employees to work in hybrid remote roles after the pandemic, Bloomberg reported.

The company says its top priority is the health and safety of its employees. To assuage those employees’ concerns, leadership has tried to be transparent and communicative around the company’s reopening plans.

IBM’s “reorientation” program, first reported in The New York Times, is designed to make the transition back to the office easier. It includes a presentation featuring a fictional employee named Sonia navigating the new workspace. In each slide, Sonia tackles a different element of the workday, like entering an elevator, joining a meeting, and grabbing lunch. Blurbs on new office protocols let Sonia know that masks are required indoors, unless you’re alone in a room, and that workspaces are sanitized between use.

Joanna Daly, IBM’s human-resources vice president, compared reorientation to onboarding a new hire and showing them around the office.

“It’s not new employees, but the space has changed,” she said. And it’s helpful to have some guidance on those changes before you set foot in that updated space.

Daly works in IBM’s headquarters in Armonk, New York, where leadership is planning to allow employees to start coming in more frequently in the next few months. Last year, Bob Wisnieff, the chief technology officer of quantum computing at IBM, created a plan for the company’s headquarters that leaders at other offices could emulate, Insider’s Marguerite Ward reported.

IBM’s HR chief, Nickle LaMoreaux, previously told Insider that most IBM employees would work part time in the office post-pandemic. Reopening timelines depend both on pandemic conditions in that geographic area and on the business needs, according to Daly.

Daly’s team has encouraged those offices to share videos before they reopen in which an employee who works at that office walks around showing where you can pick up your masks and where hand sanitizer is. That way, Daly said, “you’re not wondering, ‘Where do I go? What do I do? Will I be using the space in a way that I’m not supposed to?'” Instead, Daly said, IBM wants employees to know what to expect.

With IBM’s permission, Insider has republished the company’s reorientation presentation below. 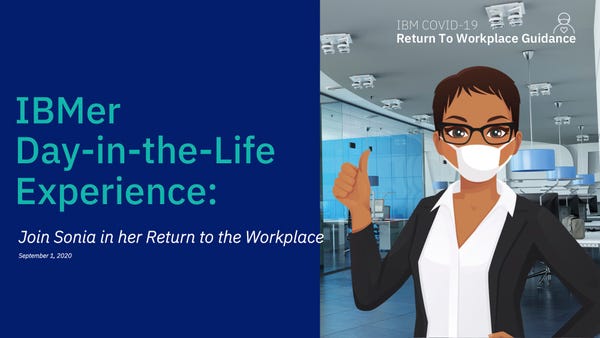 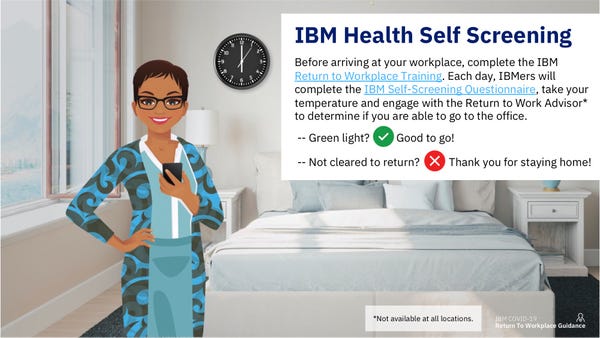 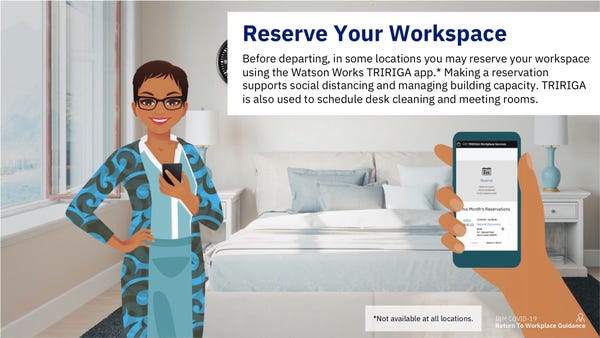 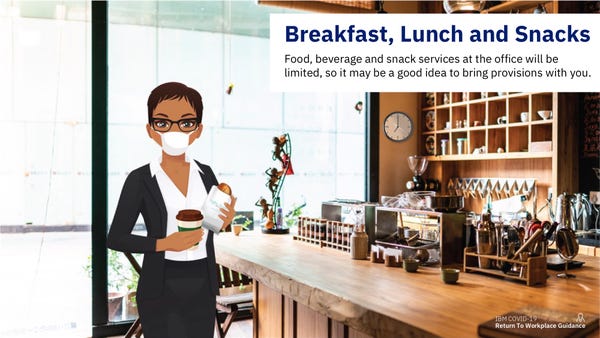 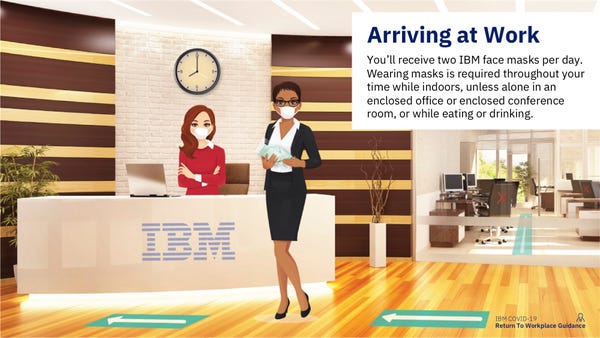 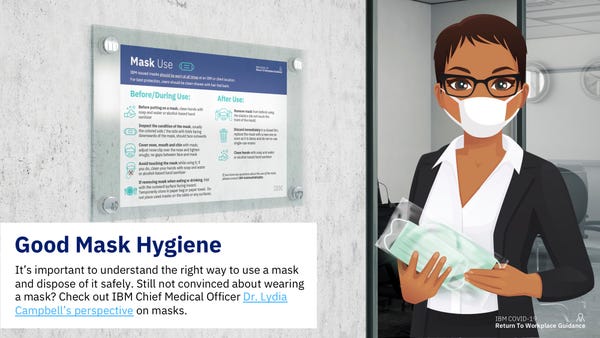 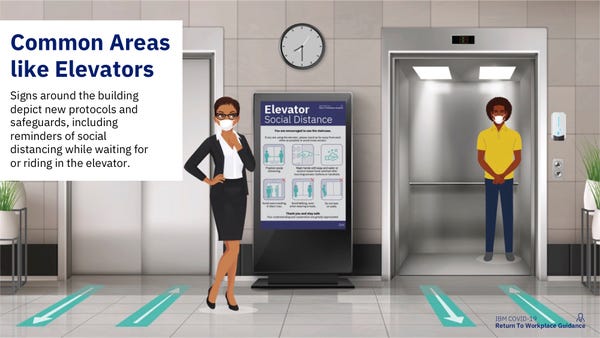 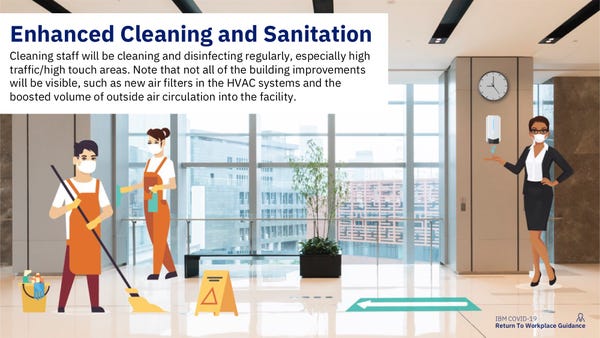 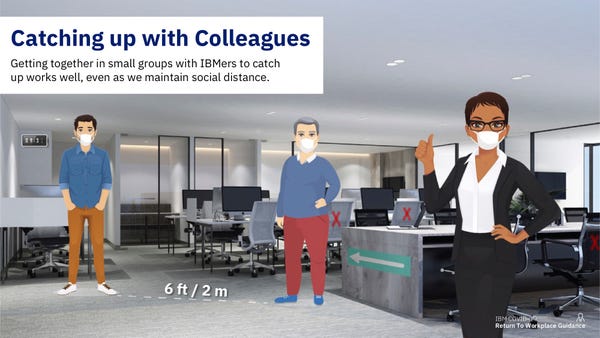 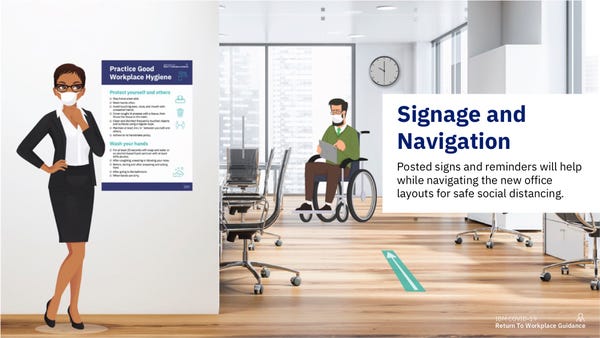 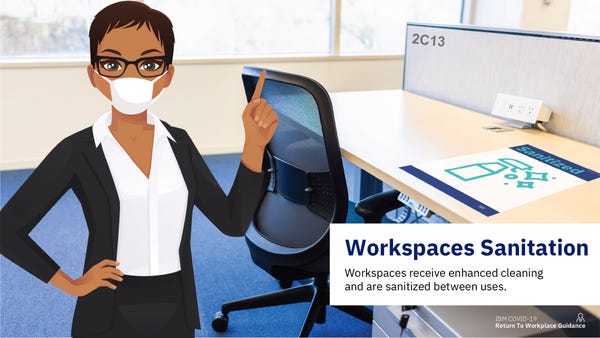 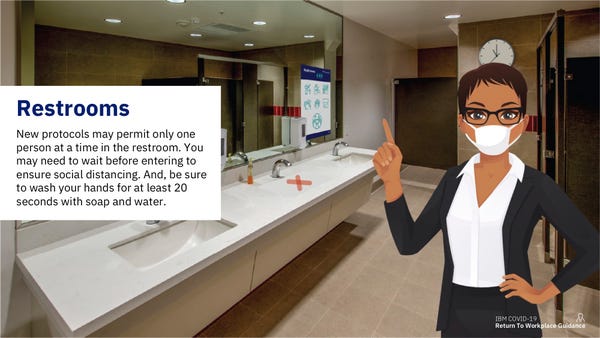 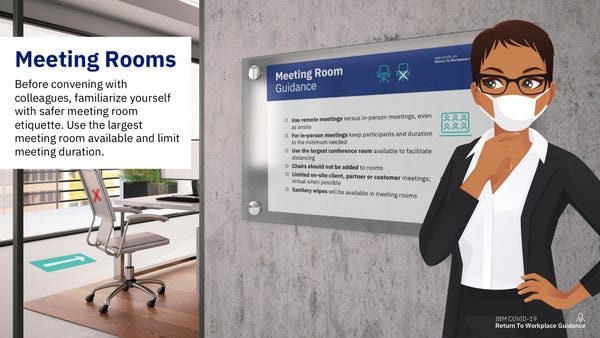 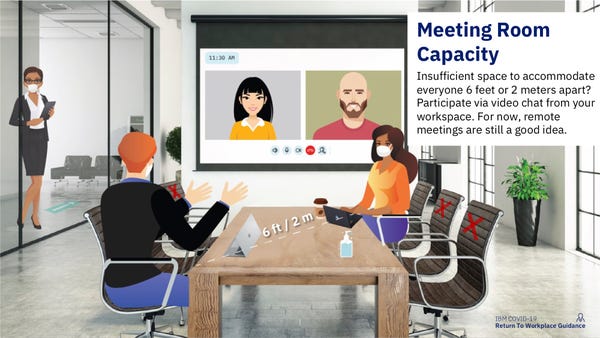 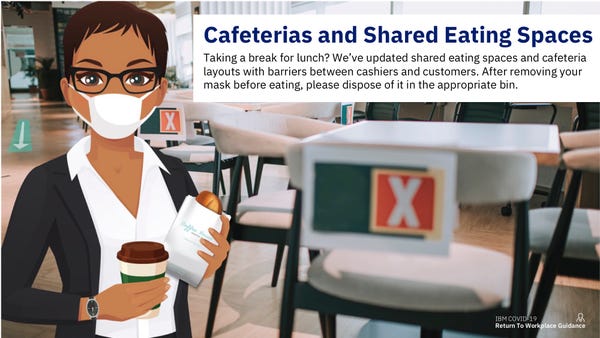 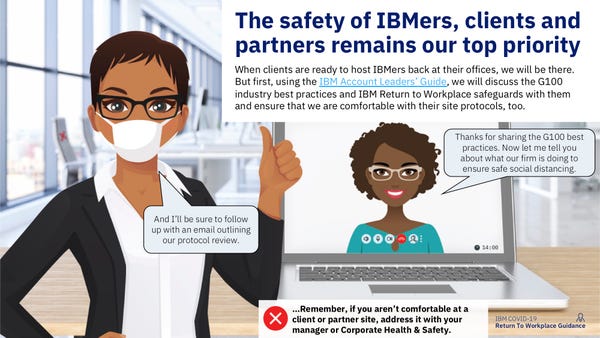 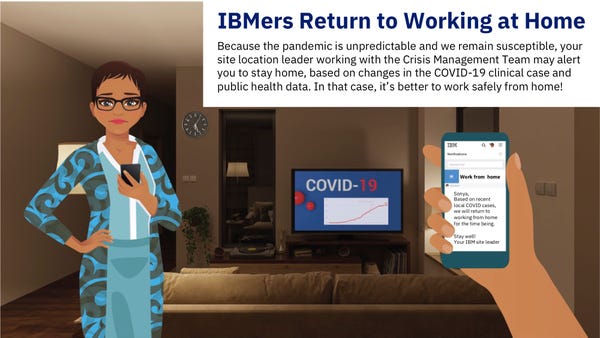 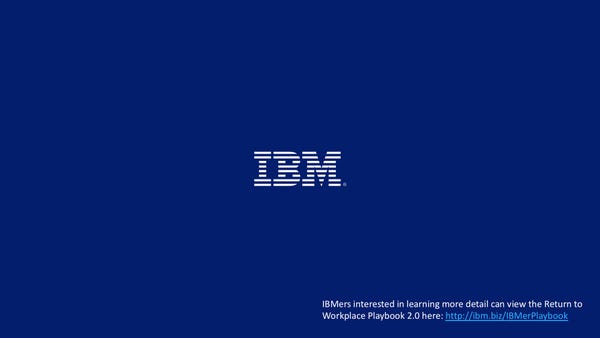