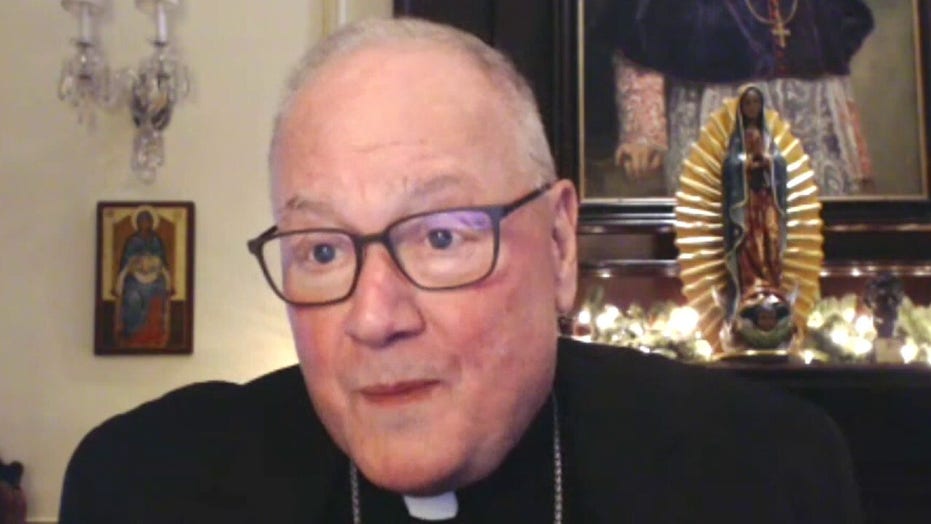 Reflecting on the Christmas season during the age of COVID-19

I have always been a sucker for an origin story, particularly when it explains something that we do out of habit. This time of year we are surrounded by stories, traditions, and activities we repeat almost by rote.

So imagine my surprise when I stumbled across a Christmas tale that had been largely forgotten, which forced me to reexamine the Nativity and explains a beloved yuletide tradition.

As I explored the story, I discovered that it also furnishes us with lessons that we particularly need as we enter this COVID Christmas.

ONLY ON FOX NATION: RAYMOND ARROYO READS FROM "The Spider Who Saved Christmas" – available 12/24

I first came across the tale of a spider who crawled into the greatest story ever told in the footnote of an old Bible commentary.

BISHOP T.D. JAKES: THE CHRISTMAS I WAS BROKE, NEARLY HOMELESS AND FULL OF DESPAIR

Later research revealed several folktales concerning spiders and the Christmas story, especially throughout Eastern Europe. But it was the oldest and most spare of the legends that captured my imagination and convinced me that it needed to be preserved and passed on.

I fashioned the tale into a picture book: "The Spider Who Saved Christmas."  It concerns a very old spider, Nephila, whose cave is invaded by a family in need of shelter.  They are on run and their child is being hunted. 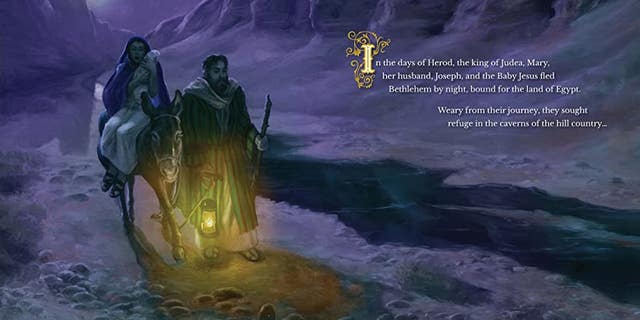 The spider frightens the family at first, but in time this despised creature, this object of fear, plays a critical role in a story we all thought we knew. 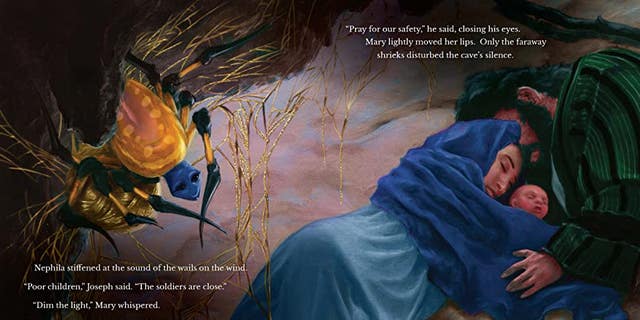 Without spoiling the tale, Nephila protects Mary, Joseph and the baby Jesus as only she could. It is a heartwarming, supernatural thriller—a wondrous legend that accounts for the tinsel we see cascading from tree branches each Christmas. 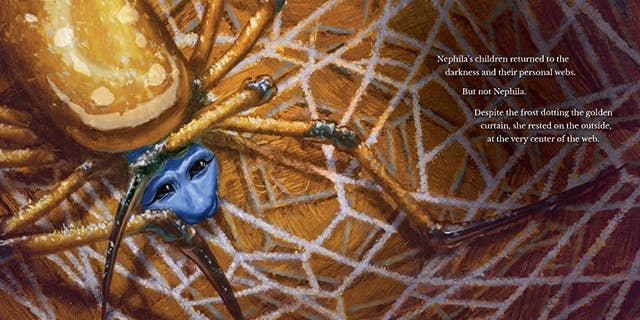 Like the spider at its center, the story arrives just when we need it most and reverberates through our lived experience this Christmastide. It has allowed young and old to reappraise the "characters" of Christmas in a new way.

Aren’t we all like that family; sheltering to protect our lives and those of our loved ones?  Aren’t we also isolated and feeling hopeless?

Stories sometimes hold secrets they only reveal in time. The story of "The Spider Who Saved Christmas" reminded me (a year after I wrote it), that if we continue looking for it, hope can be found even in the darkest of places and come from unexpected sources.

Like a hard-working spider, no matter how small or useless we feel, each of us has important gifts to share with one another.  As one of the characters says in the story: "All are here for a reason."

Christmas is a time to come together and warm ourselves around the familiar things that bind us.

ONLY ON FOX NATION — AVAILABLE NOW — RAYMOND ARROYO HOSTS "An American Christmas Together": During this challenging holiday season, Raymond Arroyo uses the power of music to bring us all together. He is joined by legendary performers Dion DiMucci, José Feliciano, and Kellie Pickler to share their Christmas music and memories.

The entire season of Christmas is predicated on a story; mainly that God became man and dwelt among us. And while we can get lost in the dazzling spectacle of stars and singing angels, the human side of this story is marked by worry and hardship.

By focusing on the externals we risk losing the reality of a family desperate for shelter, risking their all to protect a child entrusted to them alone.

That story, told in full, is capable of strengthening and fortifying us.

Stories are not just entertaining yarns– especially old ones. They are vessels of collected wisdom, containing hard-won truths for living.

At year’s end, amid the isolation of the COVID crisis and a tumultuous political season, we have the time to return in a deeper way to these stories we have taken for granted.

It is unlikely that three kings will drop by for dinner or that you will hear choirs of angels singing outside your window this Christmas. But you will likely experience what the Holy Family grappled with on that first Christmas: anxiety, worry over what comes next, and concern about where we go from here.

Pondering their journey, the obstacles and the unexpected miracles will furnish us with the confidence we need to face the challenging year ahead—and renew our faith in the unseen things, more delicate than even a spider’s web.

More retirement interest only loans are available than ever but are retirees convinced?

Alexa glowing red, green, blue and yellow – what does it mean and is she listening?