Qantas chief executive Alan Joyce says his airline's unmatched safety reputation positions it to negotiate a cut-price deal with Boeing for a new fleet of 737MAX aircraft when the grounded jet returns to the skies.

The airline is preparing to make a multibillion-dollar aircraft order this year to replace its fleet of 75 older model 737s, and is weighing up Boeing's offering against Airbus' hugely popular A320neo family of jets. 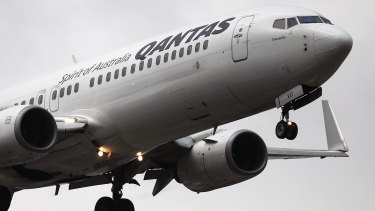 Qantas will decide this year which aircraft will replace its domestic fleet. Credit:Bloomberg

Mr Joyce said Boeing remained a contender, despite the 737MAX now being grounded for almost a year following two deadly crashes and its "New Mid-market Aircraft" (NMA) concept going back to the drawing board.

“Qantas itself will put the [MAX] aircraft through its own lens to make sure we’re comfortable with it," Mr Joyce told The Sydney Morning Herald and The Age.

"If you look at it from an opportunity point of view, given the aircraft is going to be very safe, what will Boeing do to get the safest airline in the world to buy the aircraft?"

Qantas says it needs to place an order for replacement short-haul aircraft this year in order to start receiving them from this middle of this decade. Analysts expect the order to total around $5 billion.

Boeing paused production of the 737MAX in December, as it waits for re-certification by the US Federal Aviation Administration and other airline authorities. The best-selling aircraft was grounded after two crashes linked to new flight control software killed 346 people in Ethiopia and Indonesia. 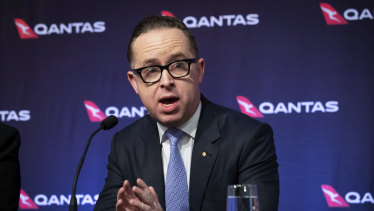 Airbus will be pushing Qantas to buy its A320neo family aircraft. Qantas already has 109 of those jets on order for its low-cost arm Jetstar, with 18 set for delivery over the next two years. However it has also signalled some of these aircraft could end up flying with Qantas' red tail.

Mr Joyce has for several years expressed interest in being the launch customer of Boeing's proposed NMA, also referred to as the 797.

The proposed twin-aisle jet was to seat around 250 passengers, compared to 174 on Qantas' 737s, letting the airline grow capacity on the traffic-choked Sydney to Melbourne route without adding airport slots.

However Boeing's new CEO David Calhoun last month said it was taking the NMA back to the drawing board to reconsider the shifting aeroplane market, and flight control design in light of the MAX crisis.

Mr Joyce said that he spoke last week to Boeing's commercial aircraft CEO, Stan Deal, about the revised project and to push for specifications that would meet Qantas' needs.

"Boeing are working with us for what we’d like to see in the specs of the aircraft and he was very engaged in making sure he gets those inputs," Mr Joyce said.

Teal Group aerospace analyst Richard Aboulafia said lingering customer concerns about the 737MAX's safety would not influence airlines' purchasing decisions, and it was "very much a possibility" for Qantas.

"But right now Airbus has an advantage, due largely to the A321’s capabilities," he said.

Like most other global airlines, Qantas has been rocked by the coronavirus outbreak, which has severely dented demand for air travel around Asia.

Qantas said last week it expected the health crisis to deliver a $150 million blow to its profit this year, and was cutting flights to Asia by 15 per cent at least until the end of May. It cut domestic flights by 2 per cent and flights to New Zealand by 6 per cent.

The International Air Transport Association said on Friday that the virus would cause global air travel to fall for the first time in a decade and cost airlines $29.3 billion in revenue ($44 billion).