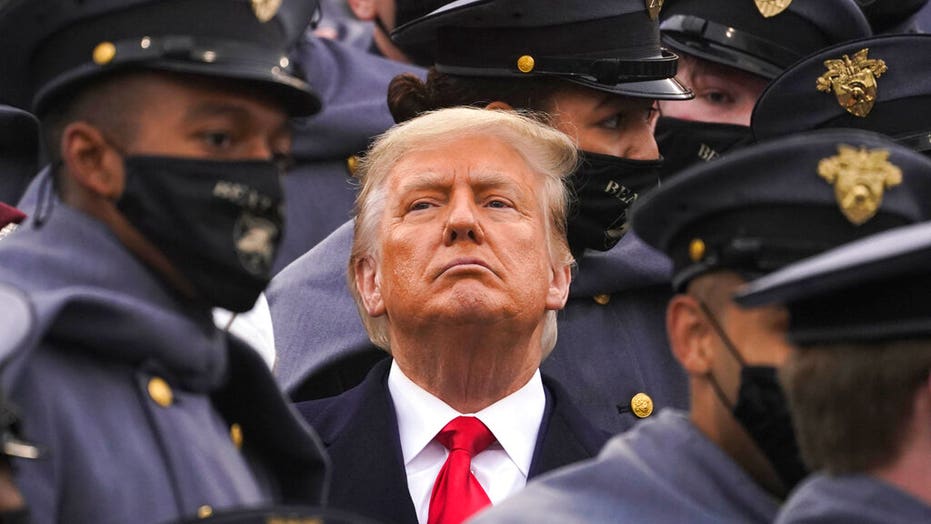 President Trump issued full pardons to 15 individuals and commuted part or all of the sentences of an additional five people, the White House announced Tuesday.

Papadapoulous had been convicted of making false statements during the Mueller investigation.

He was sentenced to 14 days in prison and a $9,500 fine for lying to the FBI during Special Counsel Robert Mueller’s probe into Russian interference in the 2016 election, after he pleaded guilty to misleading federal investigators about his meetings with Russia-connected Maltese professor Joseph Mifsud.

The White House said Tuesday Papadapoulous had been charged with a "process-related crime" even though "Mueller stated in his report that he found no evidence of collusion in connection with Russia’s attempts to interfere in the election."

Alex van der Zwaan, who also pleaded guilty to lying to Mueller investigators and was sentenced to 30 days in prison, received a pardon from the president.

Meanwhile Hunter, a Trump ally, was sentenced to 11 months in prison and and three years of supervised probation after he plead guilty to a corruption charge.

The Republican abruptly pleaded guilty to misusing campaign funds last December after arguing for more than a year that the criminal charges brought against him and his wife were a "witch hunt."

Hunter’s wife, Margaret Hunter, also was charged in the case and in June accepted a plea deal that called for her to testify against her husband. The couple could have faced decades in prison before the plea deals.

Federal prosecutors said the couple spent more than $250,000 in campaign money for golf outings, family vacations to Italy and Hawaii, tequila shots and airline tickets for their pet rabbit.

Collins in January was sentenced to 26 months in jail for securities fraud.

Federal investigators said Collins provided non-public information about biotechnology company Innate – where he sat on the board – to his son Cameron, tipping him off in June 2017 that a drug the company was working on had failed a clinical trial so that Cameron could sell his shares before the stock price went down.

The president also pardoned four Blackwater guards who had been convicted in connection with the killing of Iraqi civilians while working as contractors in 2007.

One of the guards, Nicholas Slatten, had been sentenced to life in prison for his in the killing of 17 Iraqi civilians in Nisour Square in Baghdad. The other guards included Paul Slough, Evan Liberty and Dustin Heard.

The pardon had come at the recommendation of a handful of GOP House members.

"On appeal, the D.C. Circuit Court of Appeals ruled that additional evidence should have been presented at Mr. Slatten’s trial. Further, prosecutors recently disclosed—more than 10 years after the incident—that the lead Iraqi investigator, who prosecutors relied heavily on to verify that there were no insurgent victims and to collect evidence, may have had ties to insurgent groups himself," the White House reasoned.

Trump also commuted the sentence of Crystal Munoz, who had served 12 years in prison for marijuana distribution, at the request of Alice Johnson among others, and Tynice Nichole Hall, who had served 14 years in prison of her 18 year sentence for allowing her apartment to be used to distribute drugs. Trump had commuted her term of incarceration after her fourteenth year in prison.

Also with the support of Johnson, Trump commmuted the remainder of Judith Negron's supervised release. She was sentenced to 35 years for her role as a minority-owner of a healthcare company engaged in a scheme to defraud the federal government.

Trump also pardoned Weldon Angelos, who was sentenced to 55 years in prison for selling marijuana and carrying a handgun while doing so, and Otis Gordon, who was convicted of possession with intent to distribute.

Trump commuted the sentence of Steve Stockman on "humanitarian and compassionate grounds," as Stockman is 64 and has pre-existing health conditions that put him at risk for Covid-19. A former U.S. representative from Texas, Stockman served two years of  a 10-year sentence after he was conviced of misuse of charitable funds. He will still have to pay $1,000,000 restitution.

At the request of more than 100 members of Congress, Trump pardoned Ignacio Ramos and Jose Compean, Border Patrol agents who were convicted after Ramos shot an undocumented immigrant thought to be trafficking marijuana.

He pardoned Philip Lyman, who the White House says was subject to "selective prosecution" for protesting the Bureau of Land Management’s closure of the Recapture Canyon to ATV riders, and commuted the prison term of Philip Esformes, a former health care executive convicted of Medicare fraud.

Latest Posts
Biden sees sharp partisan divide over performance one week into presidency: poll
Microsoft exec says $10 billion cybersecurity business will grow cloud services and industrial tech tools
Biden’s climate policies ‘destructive’ to American economy: West Virginia AG
Why GameStop is surging and what it means for the stock market
THE ONLINE GROCERY REPORT: The coronavirus pandemic is thrusting online grocery into the spotlight in the US — here are the players that will emerge at the top of the market
Recent Posts
This website uses cookies to improve your user experience and to provide you with advertisements that are relevant to your interests. By continuing to browse the site you are agreeing to our use of cookies.Ok