AN ASTEROID longer than the Empire State Building will zip past Earth tonight – and an impact would be catastrophic, scientists say.

Nasa says it's keeping a close eye on the huge space rock, which will make its speedy flyby in the early hours of Saturday morning. 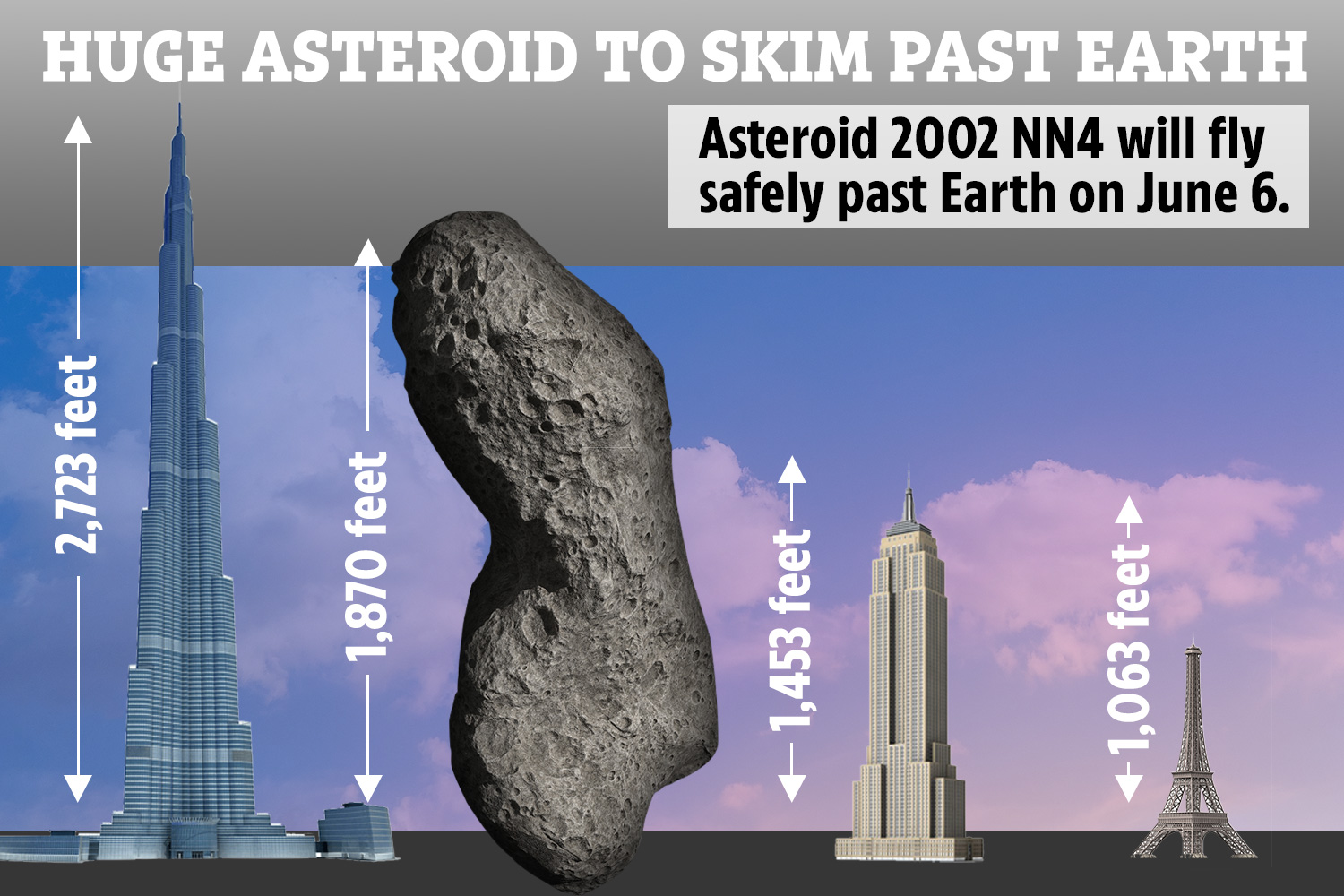 Fortunately, the asteroid, named 2002 NN4, is expected to sail by safely at a distance of 3.1million miles.

That's a close shave in space terms: Nasa considers anything passing within 120million miles of Earth as having made a "close approach".

"In short, 2002 NN4 is a very well-known asteroid with a known orbit that will pass Earth at a (very) safe distance," wrote Nasa's Ian O'Neill.

NN4 is travelling at 20,000mph – more than ten times the speed of a bullet – and as its name suggests was discovered by scientists in 2002. 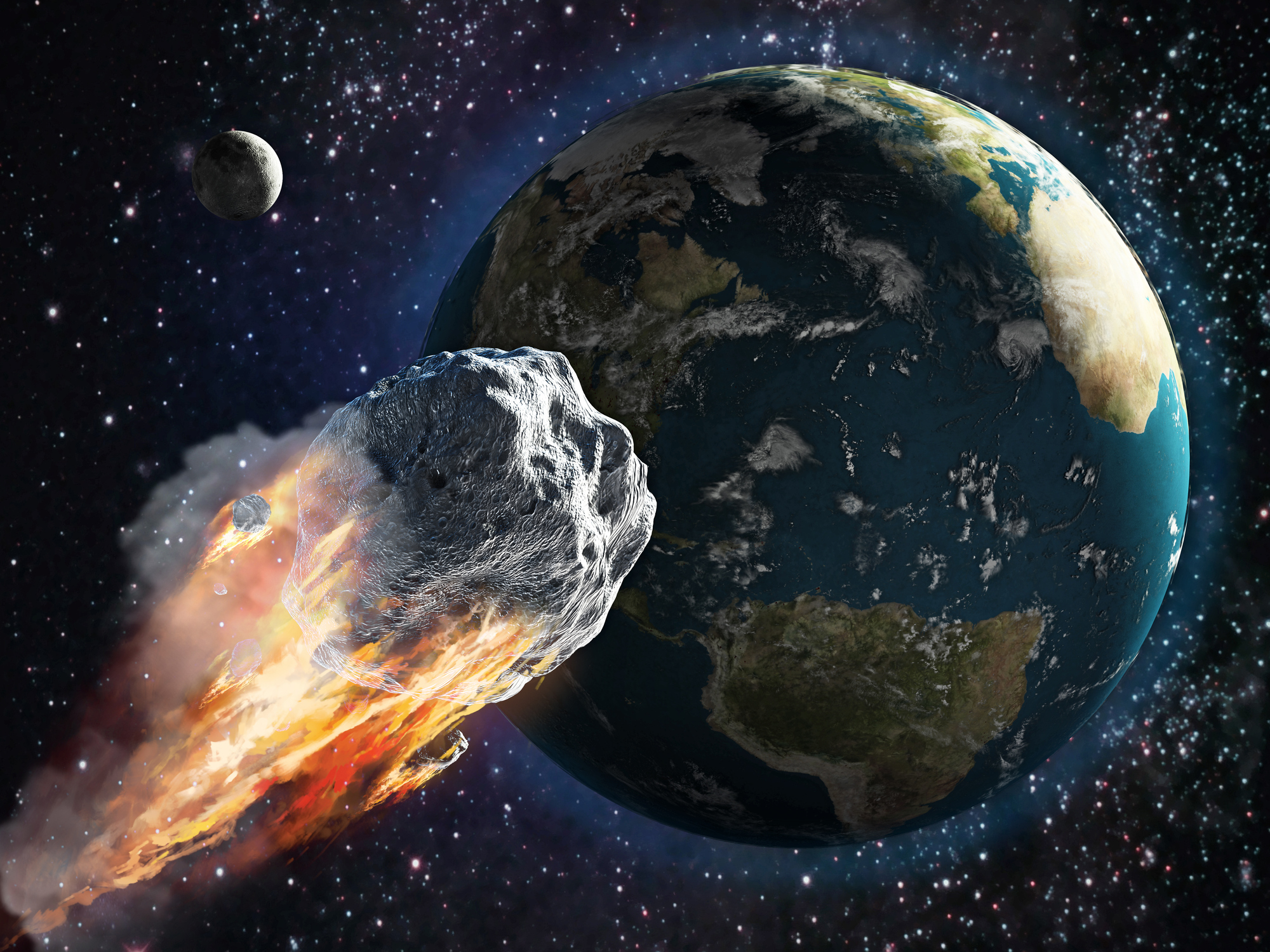 It measures up to 1,900ft long, making it bigger than the Empire State Building (1450ft) and the clock tower that holds Big Ben (310ft) combined.

The asteroid will make its close approach at 3:20am BST on Saturday (10:20pm ET on Friday), according to Nasa's Near Earth Object tracker.

According to Professor Derek Buzasi, a physicist at Florida Gulf Coast University, a collision with the space rock would be disastrous.

He told USA Today the damage 2002 NN4 could inflict on earth is catastrophic.

Astronomers are currently tracking nearly 2,000 asteroids, comets and other objects that threaten our pale blue dot, and new ones are found every day.

What's the difference between an asteroid, meteor and comet?

Earth hasn't seen an asteroid of apocalyptic scale since the space rock that wiped out the dinosaurs 66million years ago.

However, smaller objects capable of flattening an entire city crash into Earth every so often.

One a few hundred feet across devastated 800 square miles of forest near Tunguska in Siberia on June 30, 1908.

Luckily, Nasa doesn't believe any of the NEOs it keeps an eye on are on a collision course with our planet.

That could change in the coming months or years, however, as the space agency constantly revises objects' predicted trajectories.

"Nasa knows of no asteroid or comet currently on a collision course with Earth, so the probability of a major collision is quite small," Nasa says.

"In fact, as best as we can tell, no large object is likely to strike the Earth any time in the next several hundred years."

Even if they were to hit our planet, the vast majority of asteroids would not wipe out life as we know it.

"Global catastrophes" are only triggered when objects larger than 3,000 feet smash into Earth, according to Nasa.

In other news, it recently emerged that an asteroid obliterated early human civilisations in a catastrophic collision with Earth 13,000 years ago.

Scientists recently discovered a "Super-Earth" 31 light-years away that humans could one day colonise.

And, distant planets may host even more life than we have here on Earth, according to one shock study.

Are you worried about an asteroid strike? Let us know in the comments!