Popeyes is offering free chicken sandwiches to fans who missed out on McDonald’s sneaker-like sandwich drop.

McDonald’s sold limited-edition capsules online on February 18 at noon. Customers who made the cut could buy the chance to taste the brand’s new chicken sandwich early, along with a limited-edition capsule of other McDonald’s merch at CHKNDrop.com. Buyers will get the chance to try any of the three new sandwiches one day earlier than the rest of the world, on February 23.

While McDonald’s did not publicly say how many capsules it sold, they were all gone by 12:01 pm. Fans on social media complained, and one person said it was “harder than copping Yeezys.”

Popeyes, which is maybe considered the reigning king of fast-food chicken sandwiches, stepped in. The chain bought domains for the 50 most likely misspellings of CHKNDrop, which redirected to Popeyes’ website. There, the first 500 to misspell the URL got a code for a free Popeyes chicken sandwich.

“If you’re a chronic misspeller, you have some guarantee that you won’t get a 404 not found message if you misspell their [website] when trying to type in your search bar. You may just find a free Popeyes Chicken Sandwich instead,” Popeyes said in a statement. 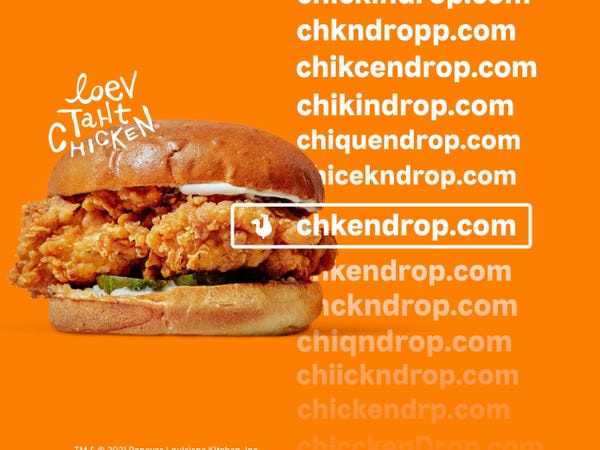 The Pink stuff cleaning hacks: 6 ways to use The Pink Stuff around the house