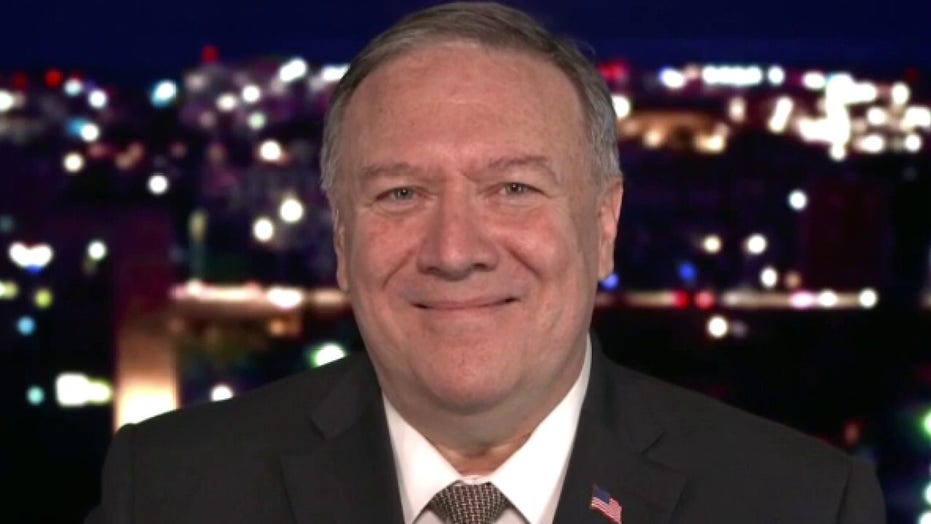 Pompeo: Chinese Communist Party is the most sustained threat to US

Former Secretary of State Mike Pompeo declined Wednesday to rule out a run for the White House if former President Donald Trump does not seek the office in 2024, telling Fox News’ “Hannity” he was “always up for a fight.”

“I care deeply about America,” Pompeo told host Sean Hannity. “You and I have been part of the conservative movement for an awfully long time now. I aim to keep at it.”

Hannity said he would take Pompeo’s answer as “a strong maybe,” to which Pompeo responded, “That’s perfect.”

Hannity pressed the former Trump Cabinet member about the threats facing the United States under the Biden administration. Pompeo said that under the Democrat, foreign policy has gone from “America First” to “blame America first”.

Pompeo expressed concern when discussing how Biden is being perceived by world leaders.

Pompeo compared Trump’s constant engagement with members of the press with the lack of access under President Biden.

“President Trump would be out there. He talked to the media all the time, probably more than any modern president,” he said. “He was out engaging with the media on a broad range of topics … When a leader can’t do that, when they can’t take questions, when they can’t explain the policies they are engaged in, when they seem to be hiding behind — whether that’s staff or just the fact that they don’t have time. Leaders watch that and they wonder.

“When the United States exhibits weakness. It creates real risk for our soldiers, sailors, airmen and Marines all across the world,” Pompeo continued. “Weakness begets wars and strength determines whether an adversary is going to be deterred, and it also determines whether allies really want to toss in with us when the times get most difficult.”

Pompeo added that China presents “the most sustained threat to our fundamental way of life,” and urged the Biden White House to recognize it as such.

“I hope this administration will take that threat most seriously,” he said. “The American people deserve it and I know that they’re going to demand it.”