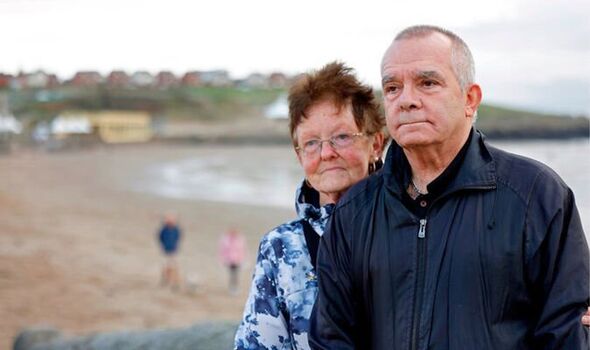 A couple has told of how they are among a group of caravan park residents forced to leave their homes which they say they’d been obliviously living in illegally for two decades.

Doug Davis and Pam Donovan have lived happily in their caravan at Porthkerry leisure park near Barry for 21 years, even paying council tax on the standard caravan.

However, during the first coronavirus lockdown in the summer of 2020 the Welsh Government asked the caravan owners to leave the site and return to their homes. It was only then that they realised numerous people – around 40 according to ex-park owner Phil Edwards – had been living on the site for 10 months of the year, WalesOnline reports. The caravans were only permitted for second home use after selling their homes.

The site is now under the new ownership of Vale Holiday Parks which took it over this year on the provision that Mr Edwards would end the issue of residents living there permanently.

Across the UK it is illegal to live on a holiday park in a caravan permanently without a primary residence elsewhere. The caravan should be for recreation and holiday use only, and does not require council tax payment.

The couple claims that all their payments to the council showed they were living there for ten months of the year, and were never told what they were doing was wrong. The Vale council would not comment on the matter.

“In 2003 Pam and I split from our partners and I moved in with Pam,” Doug said. “We thought that as we were living on the site we should pay council tax, and we contacted the council to start paying. From then on we did pay annually right up until 2018 when Phil stopped the post coming to the site.

Doug and Pam say they now realise that they shouldn’t have paid council tax on a caravan unless it was their permanent residence, and so they say the council should have known from the documents that they were living on the site against site rules. “We had a letter from the environmental health officer in July stating that it only came to the council’s attention during covid,” Doug said. “I can’t get my head around how it would only at that point have come to their attention.”

The couple said they were continually given letters each month saying that they had to be off the park each year in January and February when the park closed to van owners. The pair had a motorhome which they toured Britain in during those months. Others like them went abroad, while some even sofa-surfed.

“We had a wonderful time for 20 years,” Pam said, remembering life before the letter arrived from Mr Edwards giving them notice they would have to leave the park in August 2020 if they couldn’t provide proof of a permanent address elsewhere. “It was a shock. We couldn’t believe it. Everyone knew we were living there and nothing was said for two decades.” Pam said she’ll cherish memories of her grandchildren and late daughter at the park.

“Every year I went into the office, paid my money for the year, got my little slip and that was that,” Doug said. “Everyone knew. And we loved it there.”

The couple, who still go to the site every Friday or Saturday to have a drink in the club, said after they finally came to a settlement in the summer to end two years of turbulence they struggled to find a place in the Vale where they could live. “We live in a small bungalow in Barry, we struggled so much to find one,” Pam said. “We’re renting it. It’s only by luck we got it. We tried to get a council-owned property but they had none.”

“We don’t feel we did anything wrong,” Doug added. “If we were told what we were doing was wrong we wouldn’t have carried on doing it. We were oblivious. We wanted to carry on fighting but we signed in the end because we couldn’t see a way out of it.”

Mr Edwards said he felt he had been fair in offering the couple over the odds for their caravan. He paid them £25,000 for the caravan they bought in 2018 for £21,000. Those who refused to leave the park were all paid hefty sums, while most walked away last year with nothing.

Last year, before selling the park to Vale Holiday Parks, Mr Edwards told WalesOnline: “Our rules have always been clear that we are a leisure park and owners could only stay with us on holiday. We have always asked our owners for a home address. When the Welsh Government justifiably asked us to close fully in March 2020, we became aware that there were approximately 40 owners who could not leave straight away because, since purchasing their caravans, they had decided to sell their homes or rent them out for extra income while maintaining them as a postal address. These owners had not told us about this.

“We agreed then with the local authority that we would put in measures to stop this happening in the future and to remedy what was happening at the moment. We informed all owners in July 2020 that we would introduce a further requirement that they prove to us that they have a residential address elsewhere that they do in fact live at. We reminded them again in August 2020.

“Originally we asked owners to start to comply with our rules by the end of October 2020. The majority did, and with this being the case, and not to cause undue stress on those who needed a little longer, the local authority granted an extension until March 1, 2021, as they were content with what we had put into place and our monitoring. The updated rules were sent out in October, prior to any payments being taken for the coming 2021 season. The new rules therefore applied to everyone who renewed for 2021.

“We told them that their remedy was to move to a main residence away from the park. We said that, because the situation had been going on for so long, it was unlikely to be enough to just tell us that they had moved and they should produce some evidence that they are now in fact living somewhere else. Whilst one option for them would be to sell their caravan, they were also welcome to remain our customers as long as they were prepared to comply with the park rules by only visiting us for holidays.”