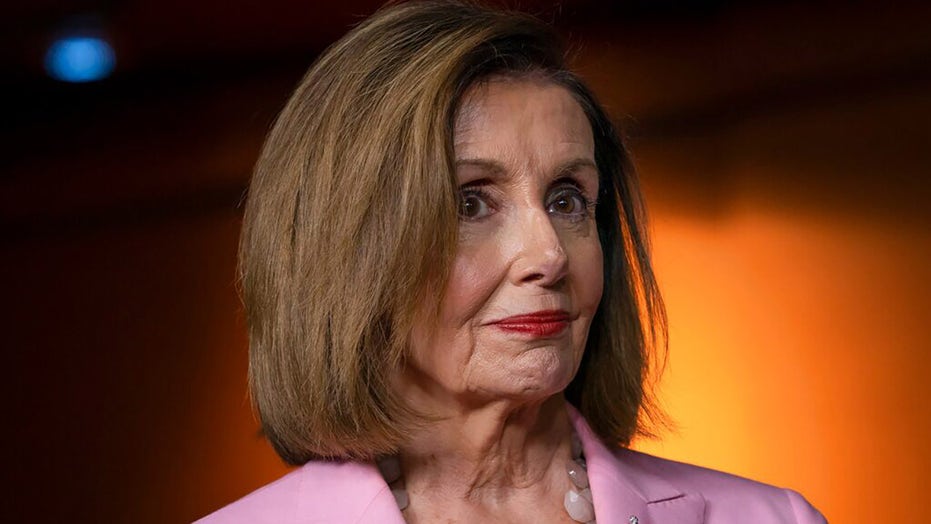 House Speaker Nancy Pelosi, D-Calif., who’s just been tapped by Democrats to run for speaker for a seventh and eighth year, signaled in a series of vague comments Wednesday that this term could be her last as leader of the House.

“At the start of this Congress, there was a discussion about putting in place some kind of term limits for the leadership team. I’m curious if you anticipate this coming Congress would be your last as Speaker,”  a reporter asked Pelosi in a news conference.

“When that conversation took place, there was a move to put limits on the leadership and chairs of committees,” the California Democrat said. “They said they were going to do it. They didn’t do it. Whether it passes or not, I will abide by those limits that are there.”

“So is that a kind of Shermanesque statement?" the reporter asked.

"No, it's not. It's a statement that I made,” Pelosi said. “Listen, if my husband is listening, don't let me have to be more specific than that. because we never expected to have another term now.”

“I consider this a gift and I can’t wait to work with Joe Biden,” she continued. “I don’t want to undermine any leverage I have but I made that statement.”

The full House of Representatives elects the speaker when it convenes on Jan, 3. The winning candidate for speaker requires an outright majority of the entire House. In other words, 218 votes out of 435.

Fifteen Democrats voted against Pelosi’s speakership last Congress, but with some votes still being tallied in this month's elections, 10 incumbent House Democrats have been defeated, dashing expectations of adding seats and damaging party morale.

Eleven race still haven't been called, but Democrats currently carry a 15-seat majority. That could shrink to perhaps a 222-213 majority, one of the smallest in decades.

This has sparked finger-pointing, with progressives saying the party failed to adequately win over minority and young liberal voters. Moderates say that they were hurt by far-left initiatives like defunding the police and that Pelosi should have struck a preelection stimulus deal with the White House.

Besides bitterness over their election setback, many Democrats continue calling for fresh leadership. Pelosi and House Majority Leader Rep. Steny Hoyer, D-Md., have been No. 1 and 2 House Democrats since 2003, while House Majority Whip Rep. Jim Clyburn, D-S.C., rose to the No. 3 ranks in 2007. Pelosi and Clyburn are 80, Hoyer is 81.

Pelosi served the first four during the 2000s until Republicans recaptured the House majority in the tea party election of 2010, a conservative uprising that presaged the rise of Trump.

I'm a designer who moved to San Francisco and broke into tech with a six-figure salary — all without a relevant degree or network. Here's how I did it.

Biden expected to name Marcia Fudge as HUD secretary, but she comes with a controversial past