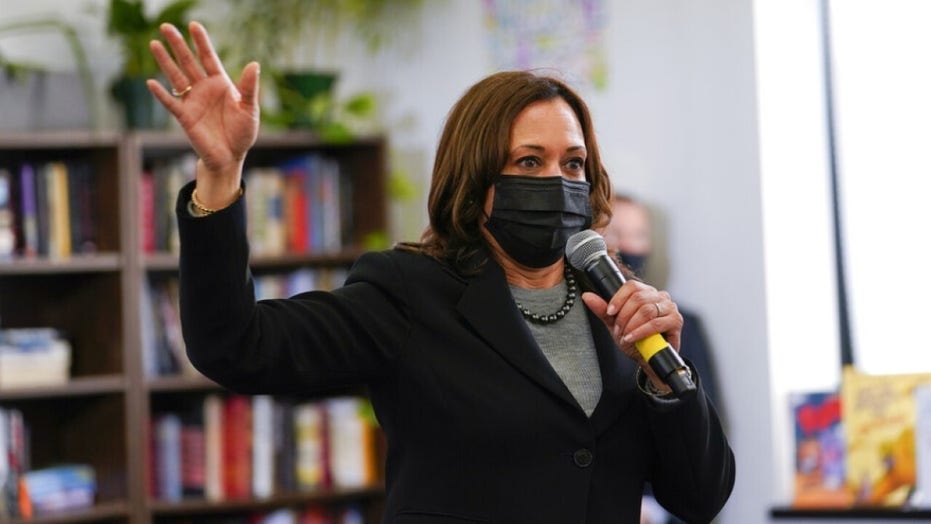 The New Haven pastor who spoke out after he and other Black faith leaders in the city weren’t invited to an education event with Vice President Kamala Harris has called on the Black community to “reevaluate” their stance on the Democratic Party.

“I think that we, from the Black community, certainly have to reevaluate our stance in the political arena, especially on the Democratic Party,” the Rev. Boise Kimber told Fox News on Thursday.

“The vice president came to an entire Black and Hispanic community and she did not come on her own. She had to be invited. No one ever comes to a congressional district – as far as the president and vice president – without some person in that congressional district knowing that they’re coming and helping to plan the event. I think our concern is, that in the planning of the event, that there were no Blacks at the table,”

The reverend said the president of the New Haven Board of Alders, Tyisha Walker-Myers, who is Black, was also not invited. Neither were any clergy, with Kimber saying it was the town’s religious community that gave the Biden-Harris presidential campaign “hope” in 2020.

“And here it was the religious community that gave Biden and Harris hope as they won this election,” said Kimber. “I believe that, in turn, that when the vice president and the president goes to any city or state, they have to deal with the local politics.” 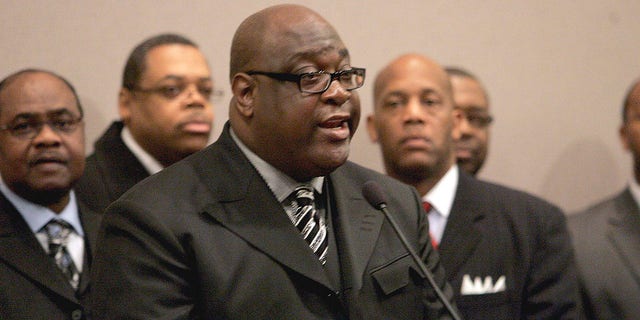 Kimber acknowledged that he has attended the Biden administration’s weekly “faith-based” webinars but said “it’s more than having a webinar call and not talking directly to individuals.”

He also pondered which Black clergy the Biden administration has spoken with that helped them win in key battleground states in the 2020 election.

“So my concern is: I wonder who have they talked to from the faith-based community? From the Black community when it comes to Black clergy?” asked Kimber. “Who have you talked to in South Carolina as a Black clergy that helped you to garner your strength, to push through these battleground states? What Black clergy have you all reached out to to talk with?”

“This party has to remember how they got to where they are today,” Kimber continued. “And if they want this surge in 2022, then they’re going to have to mend some fences and make people feel as though they are a part of this party.”

Kimber said the lawmakers at the event – Sen. Richard Blumenthal, D-Conn. and Rep. Chris Murphy, D-Conn. –, as well as New Haven Rep. Rosa DeLauro, D-Conn., interact with Harris on a “regular basis” and called the lack of outreach “bad politics.”

DeLauro’s office previously said the congresswoman was not involved with inviting guests and that the Connecticut Democrat wasn’t at the event.

“And not only bad politics, but no consideration for this community,” added Kimber. “So that’s where we are.”

Kimber said the issue was the lack of an invitation and explained he wouldn’t “put that totally on” Harris, acknowledging “the vice president does not know the players in the city or the state.”

“The concern has to go back to the invitation,” said Kimber. “The vice president would not have been there unless they had been invited.”

The reverend added that the Democrats need to be consistent in their actions toward the Black community.

“I just think that the Democratic Party has to show consistency in what they do and how they do it,” said Kimber. “Don’t court us when it’s just time for election. What about after the fact? Or in between the fact? And how do we build relationships here?”

Kimber spoke out earlier this week on the veep’s visit to New Haven, where he said the lack of clergy at the education roundtable was “insulting to the Black community.”

A White House official told Fox News on Monday that the roundtable was a small event without an audience or guests and that the White House was “committed” to engaging with different groups.

“Of course we are committed to robust engagement when it comes to groups and folks in different cities,” a White House official told Fox News. “Just to be clear, this was a small roundtable that did not have any guests and there was not an audience there.”

India wants the US, Japan, and Australia to pay it to help counter China's COVID-19 vaccine offers