New York (CNN Business)Former New York Times editorial page editor James Bennet took the witness stand in the trial for Sarah Palin’s lawsuit against the paper, telling the court he thought he had apologized to Palin for an editorial that erroneously linked her to the deadly 2011 shooting that injured former Congresswoman Gabrielle Giffords.

“Did you ever apologize to Governor Palin?” her attorney, Shane Vogt asked Bennet.
“My hope is that as a consequence of this process now I have,” Bennet said.

Palin sued the Times and Bennet for falsely linking a map that her political action committee put out to the 2011 shooting in Tucson, Arizona, that left six dead and Giffords injured. The Times wrote that the map put crosshairs over Giffords and other democratic lawmakers, when in reality, the map put crosshairs over their districts. The Times said it issued a correction “quickly” after the piece was published.

The editorial, with the headline “America’s Lethal Politics,” was published on June 14, 2017 in the wake of a shooting at a baseball practice that injured Rep. Steve Scalise and other members of Congress.

For Palin to prevail in this trial, her lawyers need to prove to the jury that Bennet and the Times acted with “actual malice,” the standard set for public figures in defamation cases in the landmark New York Times vs. Sullivan case. 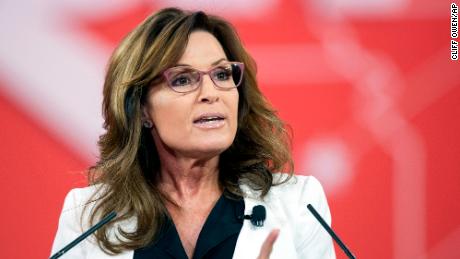 Attorneys read emails from Bennet in court that show that Bennet emailed colleagues shortly after the editorial started being criticized, saying he felt “horrible” about the mistake. Palin’s attorneys have alleged that Bennet had a “political narrative” and willfully disregarded multiple articles that had been written showing there was no link between the map and the shooting that injured Giffords.
Multiple former New York Times colleagues of Bennet’s testified that he added language into a draft of the editorial that erroneously said there was a clear link between the map and the Giffords shooting.
Bennet testified that, shortly after the piece was published, he was contacted by a fellow Times colleague who interpreted the editorial as saying that the man who shot Giffords and others “was incited by Sarah Palin or somebody else.”
“That is not the message we intended to send,” Bennet testified.
Bennet, who no longer works at the Times, testified he did not take the editorial down as he and others worked to research and write a correction, saying that the paper had a rule in place at the time against “unpublishing stories.”
“If you publish a story you couldn’t then just pull it down,” Bennet said.
Bennet also testified about the paper receiving questions from reporters including CNN’s Oliver Darcy about the editorial, and that a statement attributed to Bennet was given as a response to Darcy. 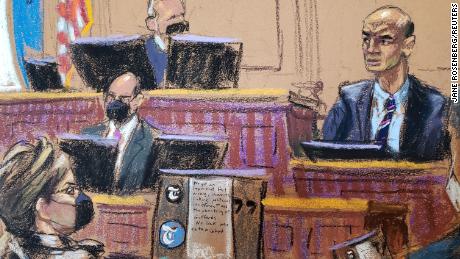 “While it’s always agonizing to get something wrong we appreciate it when our readers call us out like this. We made an error of fact in the editorial, and we’ve corrected it. But that error doesn’t undercut or weaken the argument of the piece,” CNN reported Bennet’s statement said.
Bennet testified that he felt his statement to CNN was a sufficient apology to Palin at the time.
“I tried that day, I thought I had apologized to her. I went home that night thinking I did a pretty (good) apology to her,” Bennet testified.
David Axelrod, an attorney for the Times previously pointed to an apology the Times made publicly about the editorial.

“Evidence will show the Times and Mr. Bennet made a mistake. Evidence will also show this mistake was in no way intentional,” Axelrod said in opening statements on Thursday.
Bennet will likely finish his testimony Wednesday. Palin is likely to testify sometime after Bennet, according to a witness list from her attorneys.
Source: Read Full Article