oOh!media said it maintained market share in a tough outdoor advertising market last year as it reported that underlying earnings were at the lower end of its forecast range as flagged to the market in January.

The company reported that normalised revenue – accounting for the acquisition of the Commute business in 2018 – increased one per cent to $649.6 million.

"In a tough year for media, the overall market declined by an estimated five per cent; however, oOh continued to out-perform the broader market and grew by one per cent," said oOh!media's departing chief executive Brendon Cook. 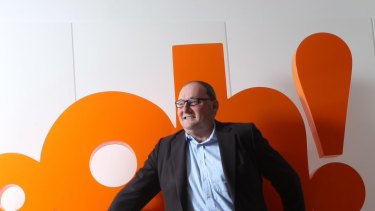 "Following the difficult second and third quarters, we delivered a stronger performance and recovered share in the fourth quarter to deliver revenue growth in line with the out of home (OOH) market and earnings within our guidance."

Mr Cook plans to step down from oOh!media later this year after a 30-year career at the company he founded.

The company reported underlying earnings before interest, tax, depreciation and amortisation (EBITDA) of $139 million, down five per cent on the prior year, after flagging that this number would be at the lower end of the $138 million to $143 million range it flagged in December.

Reported Net profit declined 32 per cent to $27.2 million for the year before accounting for adjustments related to the new AASB16 accounting standard.

The company reported a 7.5c final dividend, which maintained its annual dividend at 11c.

oOh!media shares were trading 2 per cent lower this morning at $2.87.