It's often been said that Australians will bet on two flies climbing up a wall.

That may well be tested in the coming weeks as bookmakers scramble to find any contest – from the obscure to the ridiculous – that punters are willing to risk their money on after the biggest sporting leagues in Australia and around the world were cancelled due to the coronavirus pandemic. 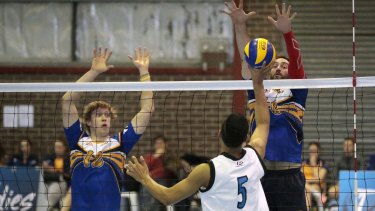 Australians are the biggest gamblers on the planet, wagering $37 billion in bets in 2018.

Of that, $25.8 billion was on horse racing and $11 billion was betting on sports, which is the fastest growing segment of the gambling market. Net punter losses – or the amount bookmakers kept after paying out winners – were $4.7 billion, according to the Queensland Government Statistician's Office, which compiles the most comprehensive set of national gambling data.

But those numbers are set to drop sharply, with the AFL and NRL football seasons called off, along with NBL basketball, the world's major soccer leagues and the Tokyo Olympics.

Australian horse and greyhound racing continues, albeit in front of empty stands, but is under a cloud as governments tighten restrictions on non-essential gatherings and travel.

To fill the vacuum, the ASX-listed wagering giant Tabcorp, which owns the TAB bookies network, and its online rivals Sportsbet, Beteasy and Ladbrokes are scouring the earth for the proverbial "two flies" their customers can punt on.

Some competitions such as Taiwanese basketball and the Belarus Premier League have seen significant growth, in some cases up 2000 per cent.

A TAB spokesman said its most popular sport for betting this week was the little-known Russian FIBA three-on-three basketball competition.

"Some competitions such as Taiwanese basketball and the Belarus Premier League have seen significant growth, in some cases up 2000 per cent," he said, while declining to provide turnover figures.

TAB and online Sportsbet also opened a new market for betting on the weather. Sportsbet was offering $1.85 to correctly guess if Sydney would be over or under 25.1 degrees at 2pm Saturday.

TAB said it also expected betting on the outcome of reality TV shows. However that might not last, with production of The Bachelor shut down on Friday due to the pandemic.

Wagering and race broadcasting accounts for 42 per cent of the ASX-listed Tabcorp's revenue, with the balance coming from its lotteries business. About 4 per cent of revenue is from sports betting.

Morgan Stanley analysts Elise Kennedy said that the shutting of racecourses to the public will have already cut Tabcorp's wagering income, as will have the closure of pubs and clubs where it has TAB betting terminals.

The United Kingdom cancelled all race meets earlier this month and on Friday Ireland called off racing until April 19. JP Morgan analyst Don Carducci expects Australia to follow, due to restrictions on gatherings and demand for emergency services workers who must attend race meets.

The group said this week it was trying to mitigate the impact of the pandemic by cutting cost where it could and encouraging retail customers to go online to place bets and buy lotto tickets.

Despite social isolation, ticket sales for the Thursday nights $80 million Powerball draw were "in line with what we’d expect", a Tabcorp spokesman said.

Trump urges all Americans to get COVID vaccine: 'It's a safe vaccine' and it 'works'