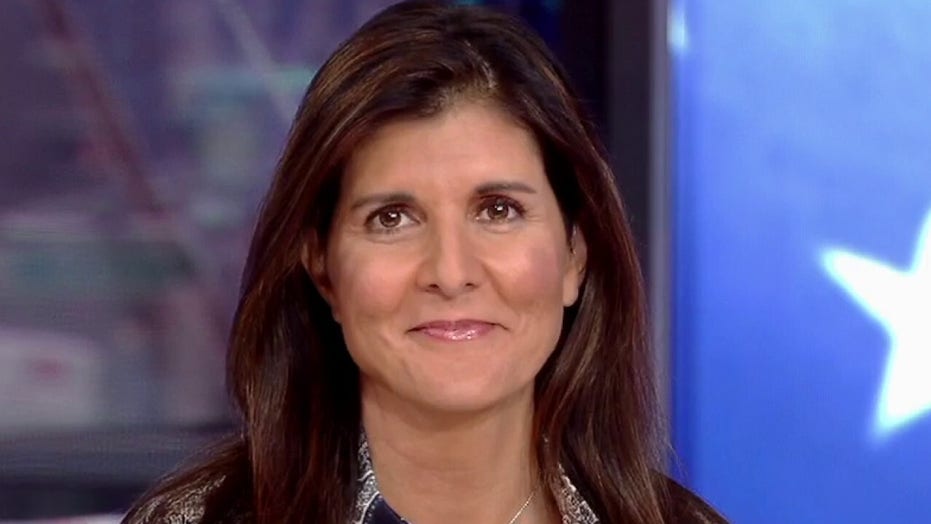 Nikki Haley: What is the point of the UN if they don’t call out Russia or China?

Former U.N. ambassador weighs in on the Russian invasion of Ukraine on ‘The Story.’

Former U.S. Ambassador to the United Nations Nikki Haley questioned the reasoning behind the U.N.’s existence in light of its inaction on Russia and China Tuesday on “The Story with Martha MacCallum.”

” … [H]ow can you say you’re an organization committed to peace, and allow such a brutal dictator [who’s] killing innocent civilians and allow that genocide to happen? How can you do that?” she asked host Martha MacCallum.

Haley called for Russia to be removed from the U.N.’s Human Rights Council and Security Council, adding that the country’s leaders will say “whatever they need” to distract from their behavior.

Haley said Russian energy companies should be sanctioned, adding that it is “unthinkable” that President Biden has not sanctioned them.

“It’s the one sucker punch you could give him,” she continued. “And they should be doing that now, without hesitation. Send the planes, send the equipment, sanction the energy companies, and let’s help the Ukrainians win this fight for freedom.”

” … And the thing that sickens me is the EU is going to act and then Biden’s going to follow,” Haley added. “That’s what he’s done this entire time. He’s followed other countries. Never has the US followed, we’ve led. Where are we as a leader? We are supposed to be the number one … authority on freedom.”

Former Obama adviser doubles down on criticism of Biden's Build Back Better, says it will add to deficit

Sanders: US should 'put ourselves … in Russia's position' because it 'might have legitimate concerns'