Heath fund nib's half-year net profit after tax has fallen 23 per cent to $57.3 million, as rising hospital claims offset higher revenue from its growing membership base.

The insurer's revenue increased by $100 million, or 6.4 per cent, to $1.3 billion in the six months to December 31, as it grew memberships up 1.4 per cent in the half, compared to 0.3 per cent growth industry wide. 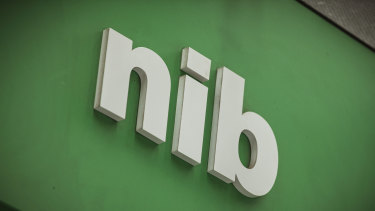 nib’s profit fell by 23 per cent in the half. Credit:Chris Hopkins

However nib said its group claims expenses grew by $91 million, to $1 billion, with the result being skewed by a over-reserving in its claims pool in the prior period and an under-reserving in the most recent half.

“We’re not accustomed to seeing our earnings decline and it’s especially frustrating when our revenue is actually growing right across the group," said nib managing director Mark Fitzgibbon.

"Nevertheless and although insurance margins have been higher in recent years, they remain strong and represent a very good return on invested capital."

nib said another "frustration" was a 10 per cent hike in its "risk equalisation" payments, a subsidy to funds with higher claim rates, which contributed to a profit downgrade last month.

"We’re effectively being penalised for our success in growing the market and especially in attracting younger people who mainly foot the risk equalisation bill," Mr Fitzgibbon said.

nib declared an interim dividend of 10¢ per share – flat on the same period last year. The company also reaffirmed its full-year guidance, downgraded last month to at least $150 million at a statutory level.

Meghan McCain says her father lost with dignity, predicts ‘extreme polar opposite’ if Trump is defeated