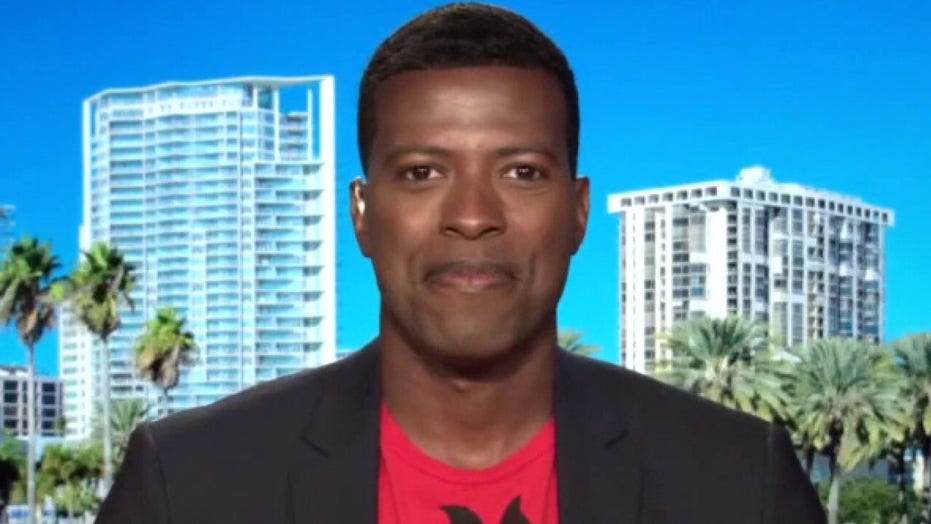 Rob Smith: This is America, we don’t solve problems via mob rule

Iraq veteran and Turning Point USA spokesperson Rob Smith reacts to protesters tearing down monuments in cities across the country.

It’s generally assumed in our political culture that black and gay Americans are Democrats. The Democratic Party reinforces this assumption by using identity politics to define anyone who is black or gay — let alone both — as a helpless victim who can only be rescued by liberal causes.

This is why Rob Smith is so problematic, especially for the political left. He is black, gay, and a conservative Republican. And he supports President Trump. He is nobody’s victim and doesn’t accept liberal orthodoxies. In short, he doesn’t let anyone else define him. Rob Smith defines himself.

I speak with Smith, a regular political commentator on Fox News, on this week’s episode of my podcast “Newt’s World.” Smith is also a decorated veteran of the Iraq War, serving five years in the U.S. Army. Smith’s new book, "Always a Soldier: Service, Sacrifice, and Coming Out as America’s Favorite Black, Gay Republican" will be released next week. It’s part memoir, especially of his time in the military, and part political commentary.

Smith says he has “come out” twice in his life — as a gay man and as a Republican. The former was quite difficult. His mother didn’t take the news well, and Smith developed suicidal ideations for a time. Interestingly, though, he says that declaring himself a Republican was more disruptive to his life. He was living in New York City at the time and began losing some of his liberal friends. Moreover, he found that, as a journalist trained at Columbia University, his professional career was suddenly in jeopardy.

But Smith is not afraid of conflict and controversy. As he told me, he doesn’t like sitting on the fence or playing it safe with what’s comfortable. To quote him directly, “I’m not just trying to rock the boat; I’m trying to push it over.” He’ll be able to do just that on his new podcast, which will debut next month through Gingrich 360. It will be appropriately titled, “Rob Smith Is Problematic.”

Smith believes deeply in the American project and wants to promote core Republican values. But, critically, he wants to unify rather than divide us as Americans. Discipline, self-reliance, personal responsibility, love of country — he believes these are all concepts that can better people’s lives and that everyone should embrace.

I hope you will listen to this week’s episode to learn about an absolutely fascinating and amazing man whose voice will be a fixture of American politics for many years to come. I also hope you will listen to my next episode, set to air Wednesday. My guest will be the British writer Douglas Murray, author of The Madness of Crowds.