NEW YORK — The five boroughs of New York have emerged as the epicenter of the coronavirus pandemic in America. There are more confirmed cases in the city — about 4,500 as of Friday — than in all of the United Kingdom. The 13-mile long island of Manhattan alone has more confirmed cases than Brazil, Canada, Portugal, or Australia.

And it’s only going to get worse here. Millions could get infected and thousands could die. On Friday, Gov. Andrew Cuomo (D), in a bid to stop the spread of the virus, took the extraordinary step of ordering all nonessential workers to stay home. Schools, restaurants and bars in the city are already closed. Many churches, mosques and synagogues have shut their doors. Largely empty subway cars roll beneath the streets.

But what’s most concerning officials here is the city’s hospitals, which are set to be overrun.

Within just two weeks, hospitals will be out of crucial medical supplies. The city has placed a mammoth order with the federal government for 15,000 ventilators (needed to save the lives of most severely ill patients), 50 million surgical masks, and about 25 million each of gloves, face masks, coveralls and surgical gowns.

New York City Council Member Mark Levine, the chair of the health committee, has had an intimate look at the burgeoning crisis facing the city’s hospitals, and has been trying to raise alarm over the destruction the virus will reap here if even more drastic measures aren’t taken soon.

City Hall itself is closed, so Levine spoke to HuffPost over the phone Friday from his new office: his Washington Heights apartment.

When did you have your first “oh shit” moment about the coronavirus? When did you realize this was gonna be a historic event in New York?

We all saw the projections from Italy and elsewhere and I think we intellectually knew what was coming, but there was a point maybe about 10 days ago where we could start to see the number of cases doubling every three to four days. And it immediately became clear that this crisis was upon us and that New York was about to experience something that none of us had ever seen in my lifetime. 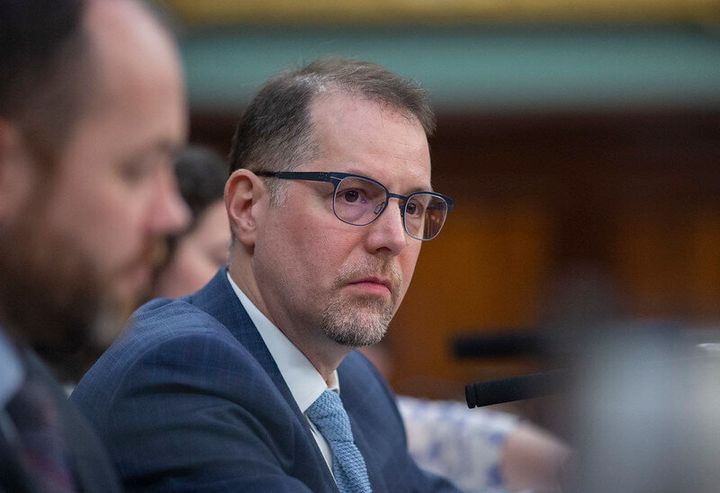 I understand you’re in touch with a lot of hospitals all over the city. What are you hearing? What are doctors and nurses and hospital administrators most worried about right now?

Supplies and equipment. Staffing. Space to some extent. They are busy now. They all have [COVID-19] patients. They all have some on ventilators at this point, not in large numbers yet. But their emergency rooms are also crowded by people who really shouldn’t be there. People who have mild symptoms, who should be healing at home, people who have fever and cough, which can be scary, but the truth is, doesn’t require medical attention.

Supplies. Hospitals, I think are running on a one- to two-week supply. People underestimate just how much they burn through in a single large hospital system — like New York Presbyterian can go through a million masks a week throughout its system. That’s not even the whole city. So we just need an enormous amount of supplies. We need 50 million surgical masks to manage this. That’s the number that we’re pushing. And we don’t have the ability to manufacture that so we’re relying on the federal government. So there’s enormous concern about that.

Staffing is ultimately going to be one of the biggest problems because even if you can produce additional ventilators, running one requires an around-the-clock team of three, and that’s a specialized job. So they’re already asking doctors from outside of acute care to go back to the medical school books and read up on how to run a ventilator. And so staffing is going to be a challenge.

Look, we’re facing a total overrunning of our hospital system and that means we all have to entirely rethink how we interact with health care. And it means that we have to preserve every resource in the system for those who are in grave danger. When I say every resource, I mean every hospital bed, every doctor’s visit, every chair in a waiting room, every phone line, every five minutes of a receptionist’s time, all of it needs to be cleared for people who are facing severe, potentially life-threatening circumstances. The rest of us who have mild symptoms like high fever and cough, or are really worried, have to stay out of the way. We gotta get out of all those channels.

You mentioned that, at this point, New York is kind of largely dependent on the federal government for equipment. If you had a minute to talk to President Donald Trump, what is one thing you would tell him?

This is what the federal government exists for, to mobilize resources in a national crisis. And a city like New York cannot manufacture ventilators. We rely on the nation as the industrial base of this nation and we need him to do what FDR did in World War II and ramp up production, force factories to retool, and use every resource at this country’s disposal to blunt the impact on what is going to be a crisis unprecedented in American history.

Is it too late in a way for that kind of mobilization?

Is it too late? I told you we have one to two weeks of personal protective equipment stockpiled. I don’t know how long it takes to purchase that equipment. But I’m extremely worried that even if the order goes forth today that it can’t be turned around that quickly. I don’t know. It’s not my job to know. It’s the federal government’s job to know and to do this.

What did you think of Governor Cuomo’s kind-of lockdown order today? Did it come soon enough?

How long can New Yorkers expect to be working from their homes, to be taking all these types of precautions? Do we know yet?

We don’t know. I would caution New Yorkers to prepare for a very long haul. I would tell them to prepare for eight weeks. But that is really just a guess. And it depends on a lot of factors we don’t yet understand about how fast the virus will spread.

Worst case? Oh, my god. Worst case is that millions of people in New York City are infected and that a 100,000 or more could die.

The worst case doesn’t have to happen. And there’s a lot we can do to prevent that. If we can avoid the crush happening at once on our medical system, and slow this down, even if ultimately, most of us do get the virus, the medical system will be able to care for most of us. And that’s why social distancing is critical. And why staying out of the health care system, if you can avoid it, is also an obligation we all have.

OK. Are you sleeping at the moment?

[Laughs] Not enough. It’s very hard, very, very hard. You might hear it in my voice.

If you had words of encouragement for New Yorkers right now, what would it be?

Last question. If you had to imagine the day this is all over, everybody gets to go to bars and restaurants again, what is the first thing as a New Yorker that you will do to enjoy that moment?

This interview has been edited and condensed for clarity.

What are the different types of stocks?

Latest Posts
Amy Kennedy Defeats Democratic Machine In South Jersey House Primary
Dr. Fauci’s Dire Warning As Daily COVID Cases Reach Second Highest In US
U.K. Jobs Plan, Hong Kong Peg, Supply Chain Managers: Eco Day
U.S. Threat on Hong Kong Dollar ‘Self-Defeating’, Say Economists
Cities Are No Longer Escalators of Opportunity, MIT Study Finds
Recent Posts
This website uses cookies to improve your user experience and to provide you with advertisements that are relevant to your interests. By continuing to browse the site you are agreeing to our use of cookies.Ok