The Trump administration is finalizing a new rule barring Social Security disability examiners from considering someone’s inability to speak English as a factor in whether they should be eligible for benefits.

It’s one of several cuts to Social Security Disability Insurance that President Donald Trump is pursuing as part of an overall assault on “welfare.” The push circumvents Congress with a series of regulations targeting food, health and housing benefits.

The federal government pays disability benefits worth about $1,200 per month to people with extensive employment histories who can’t continue working due to the onset of a severe illness or injury.

Part of the claims process can involve evaluating whether someone could switch to a new line of work that would accommodate their disability. The evaluation considers not just a person’s physical or mental impediments, but also their age, work history, education level, and the availability of suitable jobs.

The new rule, set for final publication in the coming months, eliminates the “inability to communicate in English” factor when evaluating a person’s education level. The administration says that non-English speakers are generally more successful than they used to be in the U.S. labor market, that they’re better educated than their lack of English implies, and that the criteria is used too much by people living in Puerto Rico.

Most disability claims are denied. The number filed each year, as well as overall caseloads, have been declining since 2013. But Republicans still say too many undeserving people get benefits.

“There has been, unfortunately, a lot of fraud,” Rep. Kevin Brady (R-Texas), the top Republican on the House committee that oversees Social Security, told HuffPost.

For Republican policymakers, “fraud” is sometimes a colorful word for borderline cases they think should be judged more harshly. With Trump’s appointees in charge, changes that for years have germinated within the Social Security Administration are potentially coming to fruition. One is the English rule. Another measure would alter the so-called medical-vocational guidelines, which could have a major impact on benefit awards. The agency also wants to ramp up reviews of whether current claimants are still disabled.

“It’s important that the disability plan services those people that really are in need of it, and that are really in bad shape,” Social Security Commissioner Andrew Saul told AARP last month. 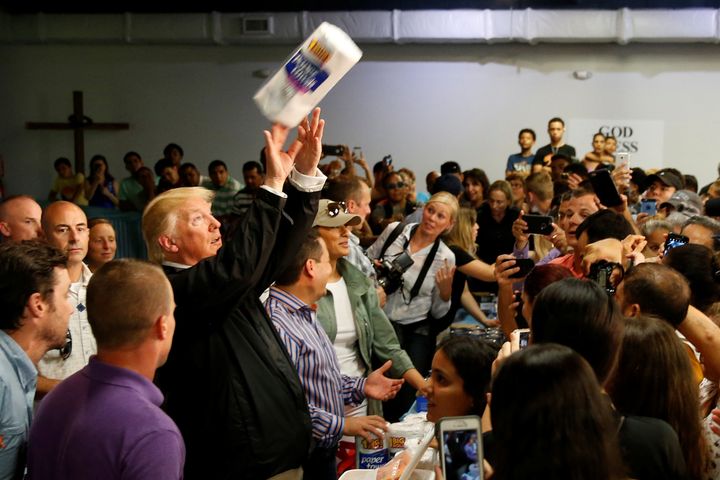 Only 1% of all disability awards went to residents of Puerto Rico in 2016, but the territory accounted for almost one-third of benefits awarded partly on the basis of an inability to speak English ― a “seemingly disproportionate” amount, according to the Trump administration. Most Puerto Ricans speak Spanish, so the administration says it shouldn’t matter if someone there can’t speak English.

But nobody wins benefits solely because they can’t speak English; it’s considered alongside physical or mental disabilities in claimants who are at least 45 years old. Of the 2.5 million initial disability decisions in 2016, English proficiency was a factor in only 0.29%. Critics of the Trump administration’s change say it would be wrong to kill the language criteria over a subset of such a small number of claims in a single year.

“It would be arbitrary to change the rules for all applicants and beneficiaries because of the experience of such a small group,” the liberal Center on Budget and Policy Priorities said in a formal comment on a draft of the proposed rule. “In most parts of the United States, the inability to communicate in English poses a significant barrier to work for the older, unskilled, impaired individuals who would be affected by this proposed rule.”

The administration cited a 2015 Social Security inspector general report that found 244 instances of such awards from 2011 to 2013. The Trump administration said there were 777 such cases in 2016. Democrats and disability experts call the discrepancy in the number of cases over the years another problem with the rule.

When a federal agency writes a new regulation, it posts a draft on the Federal Register website and invites comments from stakeholders, then responds to the comments when it finalizes the rule. Since the disability changes have all been happening through regulation rather than legislation, the Register comments have been the main venue for debating the policy.

Congressional Democrats argue the comments themselves show why the administration should not finalize the rule. “Commenters included 157 national or regional organizations who oppose the proposal, and only one in support,” Democrats wrote in a comment letter led by Sen. Ron Wyden (Ore.) and Rep. Richard Neal (Mass.).

The lone supportive comment from an organization came from the Opportunity Solutions Project, a little-known conservative advocacy group that generally supports restrictions on social programs. “By itself, the inability to communicate in English is not a disability and, consequently, should not be considered a relevant factor within the disability determination process,” the group wrote.

Agencies have no obligation to heed comments. A source with knowledge of the process said the final version of the English rule wouldn’t be substantially different from the draft version first published last year.

One of the most frequent criticisms of the disability proposal is that it directly contradicts the administration’s position in another regulation: a Department of Homeland Security initiative that sits at the nexus of Trump’s efforts to stymie both welfare use and immigration.

In 2018, DHS updated its “public charge” rule disallowing legal immigrants who might wind up on welfare. One of the changes would allow the department to consider English proficiency, since “an inability to speak and understand English may adversely affect whether an alien can obtain employment.”

In other words, the Trump administration is saying in one regulation that lack of English proficiency presents a serious obstacle to gainful employment, and in another regulation that it doesn’t.

The final version of the DHS public charge rule, which was published last summer, even acknowledged the data that the Social Security Administration cited supporting its contrary position. But even though a lot of non-English speakers have jobs, DHS said, “such lower paying jobs may not denote the same level of self-sufficiency as jobs that may be held by an individual who [is] able to effectively communicate in English and who may be employed in a higher skilled, higher paying job.”

Another possible problem with the English rule is that it might become obsolete. The Social Security Administration is in the midst of a much broader effort to revamp its outdated occupational listings and the vocational grid it uses to evaluate whether someone with a disability can find other work. The Center on Budget and other experts fear the new approach could seriously harm disabled people, as it would presumably sweep away English proficiency and a variety of other considerations that are not physical or mental disabilities.

Linda Landry and Svetlana Uimenkova, senior attorneys with the Disability Law Center, noted in a comment that with such big changes on the horizon, fussing with the English rule is like “changing the wallpaper in a house with a flawed foundation, about to be demolished.”

Tesla's software is years ahead of the competition, giving it a huge advantage over legacy automakers, prominent VC says