A former Conservative cabinet minister has said the chancellor, Rishi Sunak, will want to avoid becoming a “creature of No 10” amid pressure on the new appointee to raise government borrowing sharply.

David Gauke, the former justice secretary who was expelled from the Conservatives for defying Boris Johnson over Brexit, said that Sunak risked putting the public finances on an unsustainable path, given the headwinds facing the British economy.

Acknowledging that spending needed to rise to end a decade of austerity that he helped to instigate as a Treasury minister between 2010 to 2017, Gauke said: “You have got a new chancellor who will want to establish that he is not a creature of No 10; who is independent.”

However, he said that Sunak might raise borrowing at the budget on 11 March. “He, I would imagine, would want to assert that independence. If not necessarily on 11 March, sooner rather than later.” 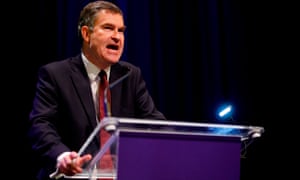 Gauke’s comments at an event hosted by the Resolution Foundation thinktank in London come as Sunak prepares to reveal what is widely expected to be one of the most expansionary Tory budgets in a generation.

The 39-year-old replaced Sajid Javid when the former chancellor dramatically resigned earlier this month after a confrontation with No 10. Javid had been labelled in Westminster circles as “chino” – chancellor in name only – while commentators warned that Sunak could become known as “baby chino”, given his rapid rise to become one of the youngest chancellors in history.

Sunak is believed to be under pressure from No 10 to relax public borrowing rules set by Javid before the election that force day-to-day spending to be matched with tax receipts by 2023. Investment spending on long-term infrastructure projects must not exceed 3% of GDP.

Gauke, who ran as an independent at the election but lost to the Tories in his former seat of South West Hertfordshire, said the government’s plans to raise spending could result in the UK’s national debt rising as a proportion of GDP.

Saying this was a “very strange position to find ourselves in”, particularly for a Tory government, he added that there were fundamental constraints for the government and risks that debt could be rising as the economy falters. He warned that Brexit or the coronavirus outbreak could damage growth and the public purse.

He said: “If we had a downturn in the economy, are we saying that debt to GDP grows slowly and then grows very quickly, before reverting to growing slowly again? That strikes me as an unsustainable position.”

The former Treasury minister, who was second-in-command under Philip Hammond and served under George Osborne, said the department with overarching control over tax and spending decisions needed to be “pretty tight with public spending, and making sure we do prioritise”. He said the alternative would be tax increases, which the Tory party was unwilling to contemplate.

In recognition of the bind facing the chancellor, Gauke said the ministry of justice had faced an “essentially unsustainable” funding settlement during his time in charge of the department.

Warning that the government’s planned tough approach to prison sentencing would mean higher prisoner numbers in future – requiring more prison officers and greater funding – he said: “Those pressures are going to increase yet further.”

Lightning may be key to cleansing atmosphere of toxins, greenhouse gases, study says