The Nevada Assembly took the first steps this week to establish the state as the new first-in-nation primary and leapfrog Iowa and New Hampshire in the 2024 presidential voting calendar.

A Nevada Assembly committee on Thursday advanced Democrat-backed legislation to end Nevada’s party-run caucuses and replace them with a state-run primary election to be held on the first Tuesday in February during presidential years — or Feb. 6, 2024, for the next election cycle.

The legislation would next head to a full vote in the state assembly, but it may run afoul of the national Democratic and Republican Party rules that set the nominating calendar and have issued penalties in the past to rogue states that have previously tried to move up their primary dates.

The bill reflects some Democrats’ concern that Iowa and New Hampshire have too much influence in deciding presidential nominees when their states are too white and don’t reflect the diversity of the Democratic party. There’s been growing momentum to dethrone Iowa especially after the 2020 caucuses were marred by technical glitches that meant a winner wasn’t decided until days later.

“The purpose of this bill is to set Nevada up to be the first presidential nominating state in the nation, not just in the West,” Assembly Speaker Jason Frierson said Thursday at a committee hearing. 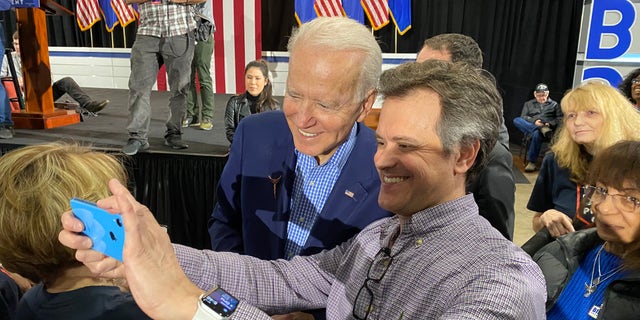 Frierson said Nevada better reflects the diversity of the country, yet the state is small enough for presidential candidates to launch effective retail campaigns.

“Nevada has consistently punched above our weight when it comes to elevating the issues that we experienced every day to national importance,” Frierson, a Democrat who authored the legislation, said. “… Our voices are diverse and better reflect the rest of the country than the current nominating structure.”

The legislation passed out of committee by a 7-4 party-line vote to send the measure to a full assembly vote at a future date. Former Senate Majority Leader Harry Reid, D-Nev., has long pushed to elevate Nevada on the presidential nominating calendar.

Republicans opposing the measure expressed concern about the state taking on a new cost to run an election — which they pegged at more than $5 million — and putting the state in potential opposition to Republican National Committee (RNC) rules.

Jim DeGraffenreid, who represents Nevada on the RNC, warned that changing the law “violates party rules” and Nevada already is among the first states to vote in presidential contests.

“Given the post-pandemic budget situation in Nevada, we don’t believe this is a good use of state resources, particularly when our party has demonstrated the ability to hold a successful caucus with participation rivaling that in the primary election,” DeGraffenreid said.

The Democratic National Committee is still in the early stages of analyzing what happened during the 2020 presidential calendar before drafting new rules and potential reforms for the 2024 cycle. The DNC hasn’t yet formally said if it’s for or against Nevada’s early moves since the rules have not yet been decided.

“We are going to continue to let the process play out, as it does every four years, and look forward to hearing the insight and recommendations from all interested parties on the 2020 reforms, and on the 2024 calendar at the appropriate time in the process,” DNC Chair Jaime Harrison said in a statement.