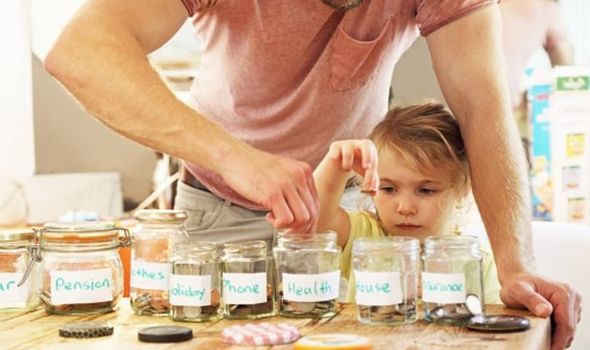 The Start to Save account has seen more than 319,000 accounts opened and in excess of £135million saved since it was launched in February 2020. Start to Save is an online, instant access, regular savings account that pays one percent AER/gross p.a. (variable).

The interest is worked out daily. This is then paid into the account yearly on each anniversary of your account opening.

It’s designed to encourage people across the country to build a savings nest egg and gives them the chance to win prizes of £100 by saving regularly.

The more people save, the more prizes there are since the fund in each draw is equal to one percent of the total balance increase across all accounts meeting the entry criteria.

Savers are entered if they increase their account balance by a minimum of £50 (up to a maximum of £100) in each of the three calendar months prior to that draw.

Tom Riley, Nationwide’s Director of Banking & Savings, said: “We set up Start to Save to help foster a savings culture across the country given that the Money and Pensions Service had previously said there were more than 11 million people with less than £100 in savings.

“After five prize draws, it’s clear that the account has made a difference and it’s great to see so many members who had less than £100 in savings now having a more substantial nest egg as a result of Start to Save.”

Start to Save’s popularity and the success it has had in getting people into the savings habit is what has led to January’s additional draw being created.

More than 144,000 members who had less than £100 in savings with Nationwide previously now have more than £100 as a result of Start to Save – equating to 41 percent of all the accounts opened.

Mr Riley said: “It goes to show that a competitive rate combined with a financial incentive can be an engaging way to encourage a regular savings habit.

“Given the account’s popularity and its success in encouraging regular saving, we are pleased to be able to add an additional prize draw in January as a reward to people for continuing to put a small amount away each month.”

The account continues to prove popular among younger savers, with the number of account openings made by those aged 18 to 39 forming around 47 percent of the total amount.

This is nearly double – 25 percent – the number of the Society’s other savings accounts opened by this age group.

The chance to win £100 in prize draws is designed to help younger savers get motivated and stay motivated about saving.

Nationwide said it is very convenient for savers who want to open and manage their account online using the building society’s Internet Bank or Banking app.

But if they do withdraw money they may need to repay all or some of it back in during the same calendar month to be eligible for the prize draw.