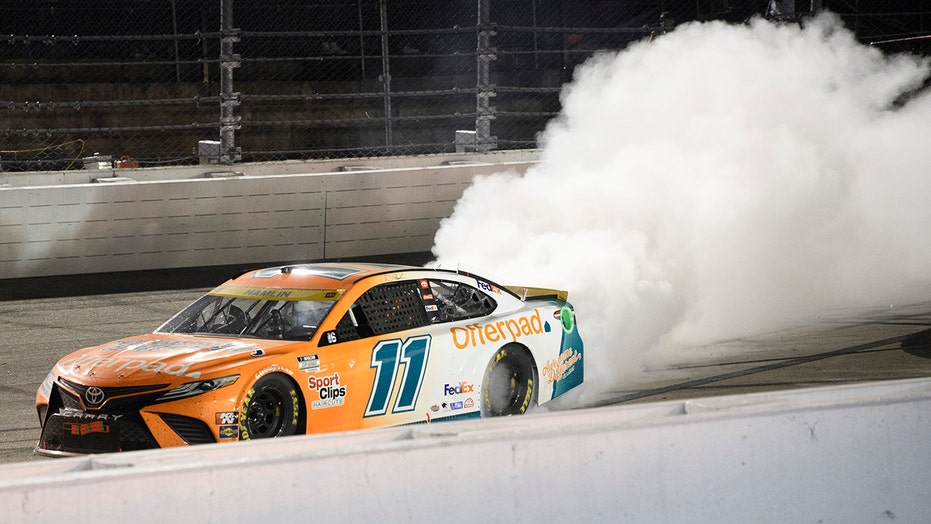 Kyle Larson put it all on the line … and the wall. 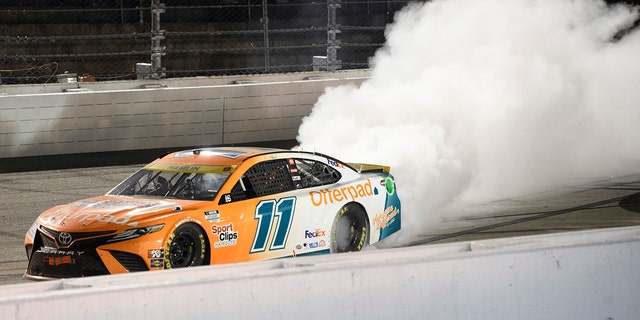 The Hendrick Motorsports driver made a last-ditch effort to pass Denny Hamlin in the final turns of the Southern 500 that looked like something out of a video game race.

Larson led the most laps during the race, but was behind Hamlin near the end and unable to get by, so he went full throttle and ran his car against the wall in turns three and four as they approached the checkered flag attempting to pass him on the outside with smoke coming off the car.

“I gave it everything I had, I didn’t want to wreck him, I just wanted to, you know, get to his outside there,” Larson said.

Hamlin didn’t leave Larson enough space to slip past, however, and held on to win his fourth race at Darlington.

“He was going to have to go through me,” Hamlin said.

Unlike in the virtual world, Larson couldn’t turn off damage mode and he left a trail of sparks as he made his way to the pits with the most memorable version of what’s know as the Darlington Stripe on the right side bodywork.

It was Larson’s third-straight second-place finish at Darlington and the result was enough to keep him on top of the playoff standings in front of Hamlin and Truex as the series heads to Richmond on Sept. 11 for the Federated Auto Parts 400 Salute to First Responders.