New York (CNN Business)NASA’s new chief is setting up an effort to further study unidentified flying objects within his first month in office.

Bill Nelson, the former Florida senator and spaceflight veteran, told CNN Business’ Rachel Crane during a wide-ranging interview on Thursday that it’s not clear to anyone — even in the upper echelons of the US space agency — what the high-speed objects observed by Navy pilots are.
Nelson added that he does not believe the UFOs are evidence of extraterrestrials visiting Earth. “I think I would know” if that were the case, Nelson said. But, he acknowledged, it’d be premature to rule that out as a possibility.

Nelson’s comments echo the findings of a new Pentagon report expected to be released later this month. Five sources familiar with the results of that study told CNN that US intelligence officials found no evidence that the UFOs are alien spacecraft, but investigators also have not reached a definitive assessment as to what these mysterious objects might be.

NASA press secretary Jackie McGuinness said Nelson did not establish a formal task force to begin investigating UFOs. However, he did direct researchers to move forward with exploring any lines of questioning around the topic as they see fit.
“There’s not really a lot of data and…scientists should be free to follow these leads, and it shouldn’t be stigmatized,” McGuinness said, acknowledging that UFO research can be negatively associated with unfounded conspiracy theories. “This is a really interesting phenomenon and Americans are clearly interested in it [so if] the scientists want to investigate, they should.” 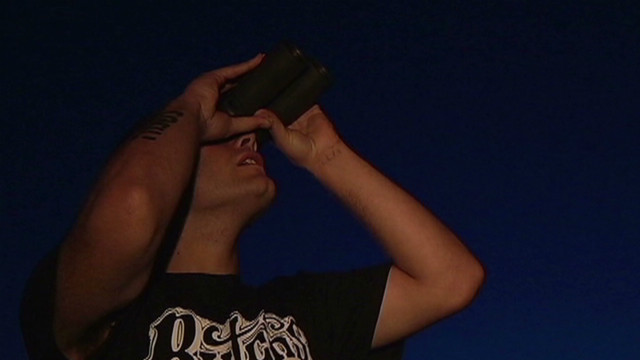 UFOs have long been an object of fascination in the United States and abroad, and that obsession was fueled in 2017 with a bombshell New York Times report about numerous incidents in which US military pilots observed mysterious, oblong objects darting around at high speeds and a secretive government investigation into the topic.
One of the most famous sightings, captured in a 2004 video nicknamed the “Tic Tac” because of the UFOs’ close resemblance to a certain cylindrical breath mint, shows the small, ghostly object zipping out of frame, appearing to defy “the normal laws of physics,” as the pilot who captured the footage told New York Magazine in 2019.
Another, captured in 2015 by a US Navy Super Hornet fighter jet and published by the Times in 2019, shows a strange, rounded object flying directly into 120 mph winds. The pilots can be heard shouting expletives as they wonder aloud whether they’re looking at a drone before the object appears to halt, hover and eerily tilts itself forward. 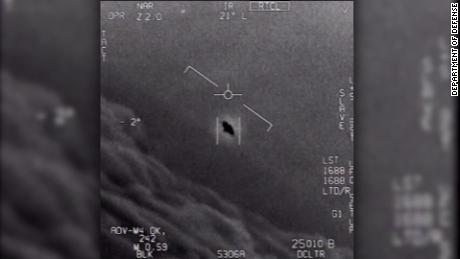 Nelson said NASA is not working directly with the Pentagon on that report, but he said if NASA’s scientists are able to make headway in identifying the objects, “the Pentagon will know.”
During a press briefing on Wednesday, Thomas Zurbuchen, an astrophysicist and NASA’s associate administrator for science, indicated he does not believe the UFOs are evidence of a technologically advanced alien civilization.

“People tend to underestimate nature. Nature is an amazing place where a lot of miracles happen. And once we understand, it’s like, ‘Why didn’t we think of that?'” he said. “In the realm of science we’re all about unidentified issues and objects…So, using the tools of science, we will do whatever we can to move our understanding forward.”
Kathy Lueders, NASA’s associate administrator for human exploration and operations, chimed in to add, jokingly, “If anyone knows how to do spacecraft design like that I would love to talk to you.”
Source: Read Full Article