A LARGE planet outside of our Solar System may have "the right conditions for life".

The mysterious exoplanet K2-18b is just 124 light-years away – relatively nearby in terms of the entire universe. 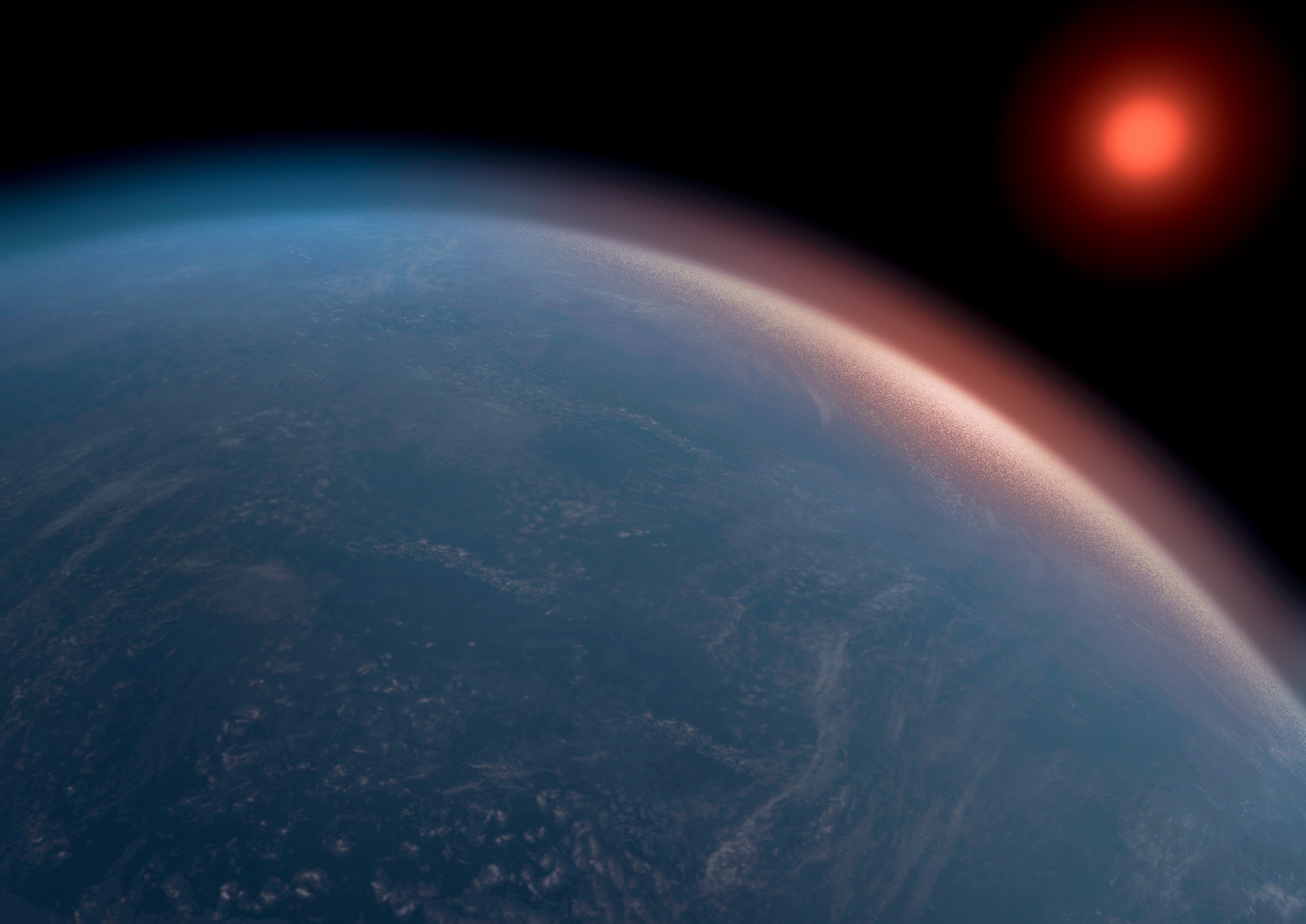 Astronomers say the planet is more than twice the size of Earth.

And the discovery that it may be habitable widens the search for life to planets much bigger than Earth – but smaller than Neptune.

It's possible that the planet may be hiding both life and liquid water on its surface, according to a University of Cambridge study.

Importantly, K2-18b orbits its star within the "habitable zone" – where temperatures allow liquid water to exist. 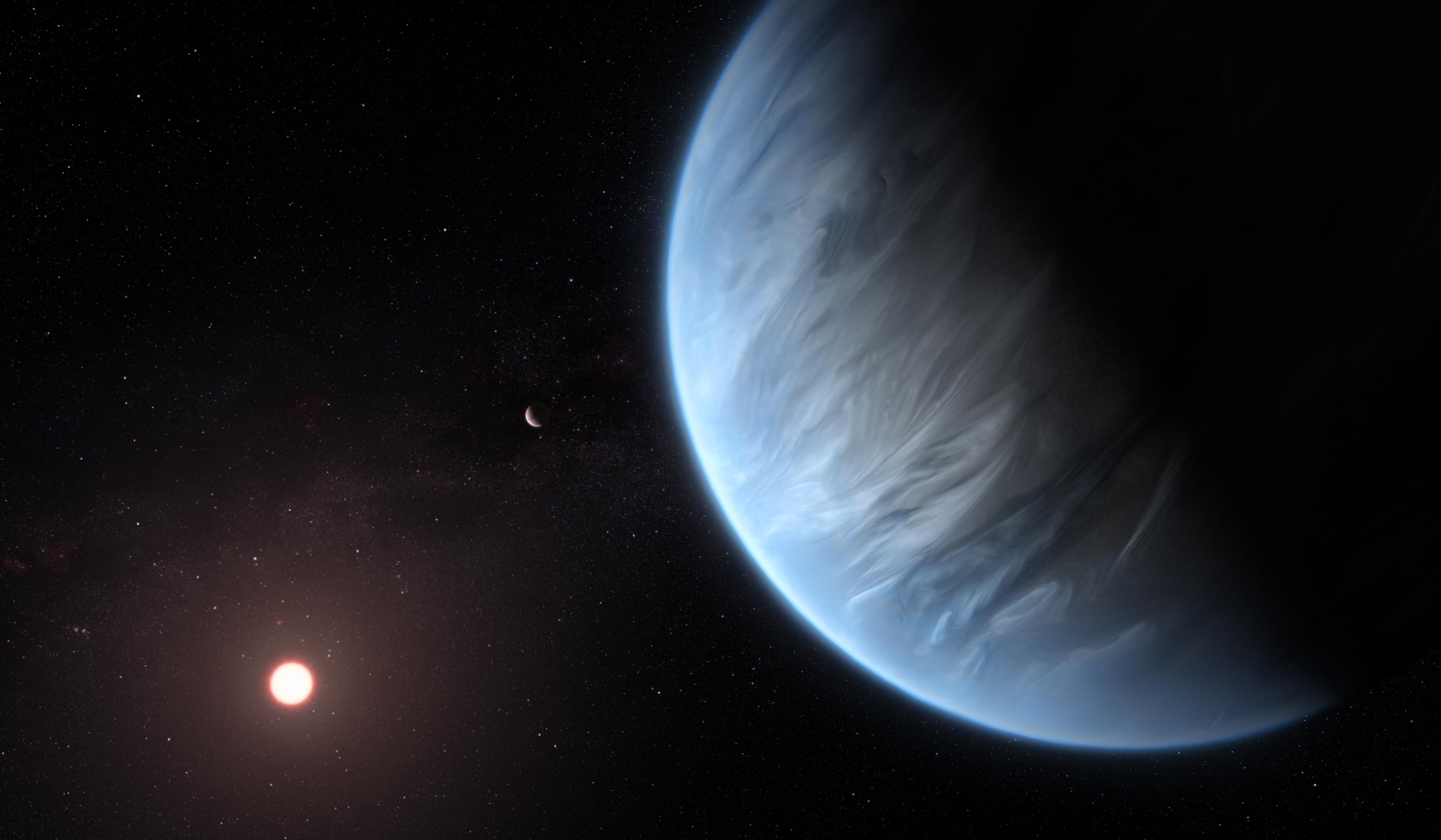 We've known about K2-18b since 2015, when the Kepler space telescope recorded it as orbiting a red dwarf star.

The star is in the constellation of Leo, and its planet K2-18b hit headlines in 2019 when evidence of water emerged.

Studies suggested that there are significant amounts of water in its atmosphere – a first for a habitable zone planet.

But that doesn't necessarily mean the surface is good to go.

"Water vapour has been detected in the atmospheres of a number of exoplanets," Dr Nikku Madhusudhan, of the University of Cambridge.

"But even if the planet is in the habitable zone, that doesn't necessarily mean there are habitable conditions on the surface.

"To establish the prospects for habitability, it is important to obtain a unified understanding of the interior and atmospheric conditions on the planet.

"In particular, whether liquid water can exist beneath the atmosphere."

What is an exoplanet?

Part of the problem with K2-18b is that it's previously been deemed a "mini-Neptune" rather than a "super Earth".

This means the planet would be expected to have a large hydrogen "envelope" around it.

If the hydrogen layer is took think, the temperature and pressure of the water below would be too great to support life.

But Cambridge scientists have now shown that despite K2-18b's large size, its hydrogen envelope isn't necessarily too thick.

This means the water layer "could have the right conditions to support life".

To make the discovery, astronomers used advanced mathematical and statistical models – and pushed existing data on the planet through them.

And it gives hope to planet-hunters for the discovery of life on planets far greater than Earth.

This research was published in The Astrophysical Journal Letters.

In other news, a fiery 1,000C horror planet "on the edge of destruction" with 18-hour years has been discovered.

A 50,000C "Wall of Fire" surrounding our Solar System was recently discovered by Nasa.

And an alien grain of dust fired at Earth by an ancient exploding star has been found buried in Antarctica.

Do you think we'll ever discover alien life? And does it even exist? Let us know in the comments!

Biden to speak with Ukraine President Zelenskyy, says he 'made it clear' to Putin that Russia cannot invade