Major League Baseball is expected to announce the All-Star Game will be relocated to Denver after the event was pulled from Atlanta amid a growing outcry over Georgia’s restrictive new voting laws.

ESPN’s Buster Olney first reported that the game is expected to be held July 13 at Denver’s Coors Field. The Associated Press later confirmed the reports, citing sources familiar with the decision, and said the event will be hosted by the Colorado Rockies.

Denver Mayor Michael Hancock (D) responded to the reports, saying the city was excited about the possibility of hosting the game once the MLB officially announced the news. Colorado Gov. Jared Polis (D) added that he, too, was hopeful following the reports.

“Like so many Coloradans, I’m excited and hopeful that Major League Baseball makes the best decision and formally chooses to play the 2021 All-Star Game in Denver,” Polis told The Denver Post. “It would be good for baseball and good for Colorado.” 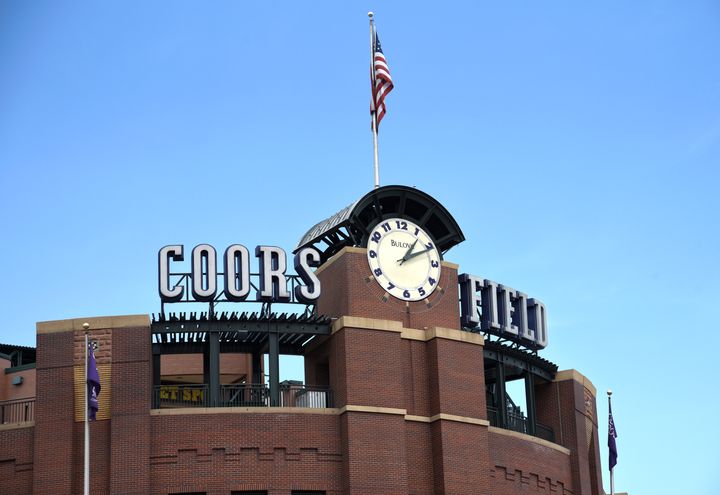 MLB Commissioner Rob Manfred said the game was pulled out of Atlanta last Friday in response to Georgia’s passage of a restrictive new voting bill that would make it much harder to vote. The measure imposed new voter identification requirements, limited the use of drop boxes for absentee ballots and criminalized voting groups from giving food or water to anyone standing in line waiting to vote.

Critics of the bill said it will unduly target communities of color and have referred to it as “Jim Crow 2.0.” At least three lawsuits have been filed by voting rights groups.

“Over the last week, we have engaged in thoughtful conversations with clubs, former and current players, the Players Association and The Players Alliance, among others, to listen to their views,” Manfred said last week. “I have decided that the best way to demonstrate our values as a sport is by relocating this year’s All-Star Game and MLB Draft.”

Other companies have since spoken out against the law, which Gov. Brian Kemp (R) signed during a late-night ceremony that resulted in a Black female state lawmaker’s arrest. Delta and Coca-Cola, two of Georgia’s largest companies said they were both firmly opposed to the legislation.

“I want to be crystal clear,” Coca-Cola CEO James Quincey said last week. “The Coca-Cola Company does not support this legislation, as it makes it harder for people to vote, not easier.”

Kemp has lambasted such statements as well as the MLB’s decision last week, saying the organization “caved to fear and lies from liberal activists.”

“I want to be clear: I will not be backing down from this fight. We will not be intimidated, and we will also not be silenced,” Kemp said last week. “Major League Baseball, Coca-Cola and Delta may be scared of Stacey Abrams, Joe Biden and the left, but I am not.”

Republicans, building on former President Donald Trump’s lie of widespread voter fraud in the 2020 election, have argued the new law was meant to protect voting integrity. Those claims, however, were not grounded in reality: Trump’s own election officials declared the 2020 election the most secure in history and Georgia’s results were certified by a hand and machine recount.

President Joe Biden won the state by just under 12,000 votes.