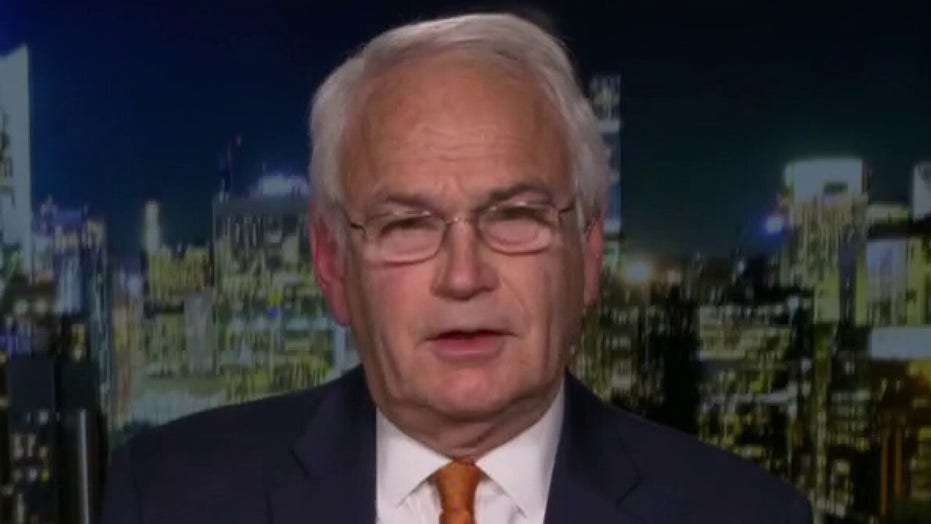 If the Department of Justice investigates the Cuomo Administration’s refusal to turn over data on nursing home deaths, a huge conflict would arise if the case were handed to the powerful Manhattan federal prosecutor.

That’s because Audrey Strauss, the US Attorney for the Southern District, is the mother-in-law of top Cuomo aide Melissa DeRosa, the figure at the center of the emerging scandal. 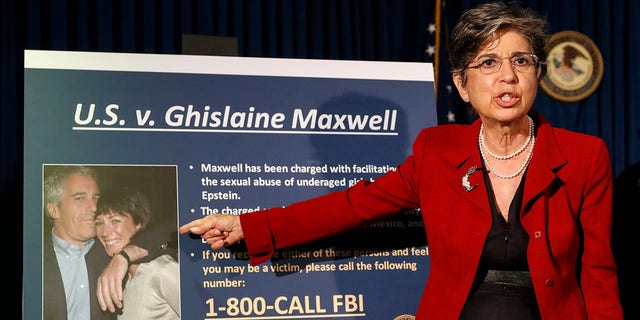 FILE- In this July 2, 2020 file photo, Audrey Strauss, Acting United States Attorney for the Southern District of New York, speaks during a news conference in New York, to announce charges against Ghislaine Maxwell for her alleged role in the sexual exploitation and abuse of multiple minor girls by Jeffrey Epstein. (AP Photo/John Minchillo, File)

The clamor demanding a probe into the cover-up of thousands of deaths have intensified after The Post reported DeRosa’s stunning admission that the Cuomo administration withheld the information from state lawmakers over the summer because it was worried federal prosecutors would “use it against us.”

The Justice Department in late August had begun an inquiry into nursing home deaths in New York and elsewhere.

“And basically, we froze,” DeRosa, who is secretary to the governor and his closest confidante, admitted to state lawmakers on a conference call.

DeRosa’s admission led one observer to quip “Did you freeze before or after you called your mother-in-law.”

Cuomo has been heavily criticized for his mandate early in the pandemic that ill-equipped nursing homes accept recovering coronoavirus patients discharged from hospitals even though the elderly are among the most vunerable to the deadly disease. 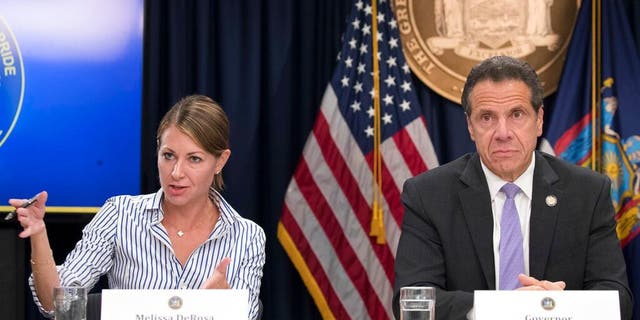 FILE — In this Sept. 14, 2018 file photo, Secretary to the Governor Melissa DeRosa, is joined by New York Gov. Andrew Cuomo as she speaks to reporters during a news conference, in New York.  (AP Photo/Mary Altaffer, File)

Among those calling for a federal probe Friday were former Gov. George Pataki, who called the cover-up “reprehensible.”

Upstate Congresswoman Elise Stefanik — a high school classmate of DeRosa — said “Governor Cuomo, the secretary to the governor, and his senior team must be prosecuted immediately – both by the Attorney General of New York State and the U.S. Department of Justice.”

Strauss, 73, became the top prosecutor in Manhattan after President Trump said he was firing Geoffrey Berman in June 2020 and Berman agreed to step down as long as Strauss, who had been his deputy, would become the acting US Attorney.

Berman called her “the smartest, most principled, and effective lawyer with whom I have ever had the privilege of working.”

While the Southern District prosecutes many high-profile crimes, the case could be handled by the Northern District, which covers Albany.

Contacted by The Post, Cuomo spokesman Peter Ajemian refused to comment on the potential conflict of interest, and instead issued a statement on the Cuomo administration’s eventual release of information to the feds and state lawmakers.

“We informed the legislature that we needed to pause their request for information while we prioritized a request by the federal DOJ,” he said. “We provided the federal DOJ with the information they asked for comprehensively, after which we were able to begin attending to the state legislature’s request, which we have now responded to.”

The administration delayed for months the public release of the real count of COVID-infected nursing home residents who died in hospitals, but Ajemian insisted the Department of Health “has always publicly reported the number of fatalities within hospitals irrespective of the residence of the patient, and separately reported the number of fatalities within nursing home facilities.”

The complete data on the deaths came out only this month after the administration was forced to release it through a Freedom of Information Law request and a judge’s order.

Trump Campaign Urges Change in Debate Topics But Not Rules