He'll bring with him Vice President-elect Kamala Harris and be tasked with appointing aides and members to fill his cabinet. But he'll also bring with him the first lady, Dr. Jill Biden, his three children, and his seven grandchildren.

Here's a look at some of the people closest to the president-elect who could appear at The White House following Biden's inauguration in January. 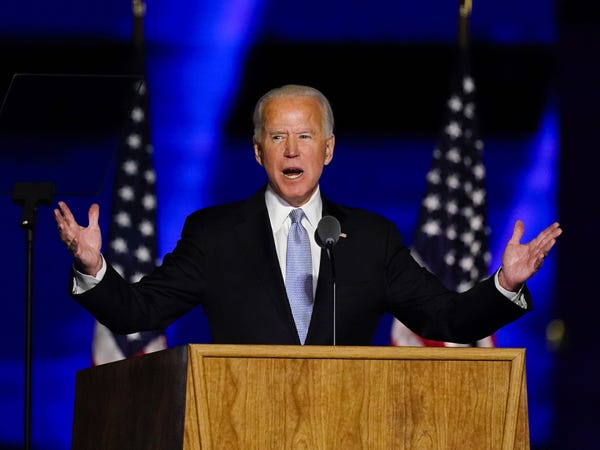 President-elect Joe Biden, 77, was born in Scranton, Pennsylvania on November 20, 1942.

From 2009 to 2017, Biden served as the vice president of the United States during the administration of former President Barack Obama. Prior, from 1973 until 2009, Biden served as a US senator from Delaware.

Before he won the race for president against incumbent President Donald Trump in the 2020 election, Biden ran two unsuccessful bids for the Oval Office, first in 1988 and again in the 2008 election.

The president-elect's first wife, Neilia, died in a car accident in 1972. Their daughter, Naomi, was also killed in the accident. 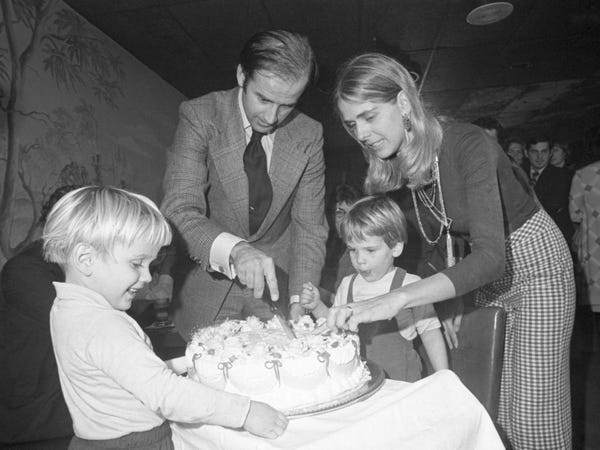 President-elect Joe Biden married his first wife, Neilia, in August 1966 after he met the Syracuse University student while he was on a spring break trip in the Bahamas, according to Biography.

The two had three children — Joseph "Beau" Biden III in February 1969, Robert "Hunter" Biden in February 1970, and Naomi "Amy" Biden in November 1971, according to Biography.

Biden was instrumental in Biden's first campaign for the Senate.

On December 18, 1972, she, and their daughter were killed in a car accent. Beau Biden suffered a broken leg, while Hunter survived the accident with a fractured skull, according to Biography. 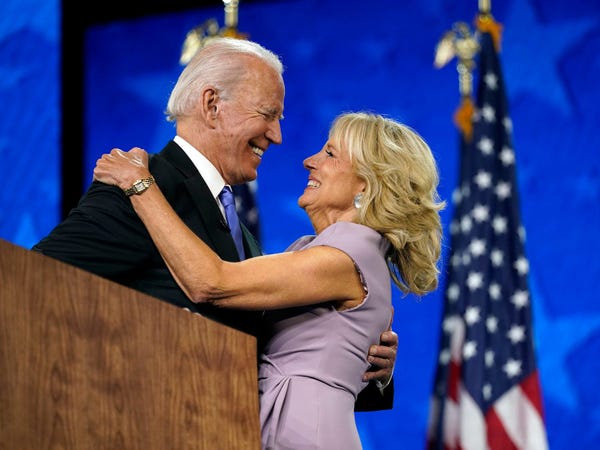 According to Town & Country, Jill Tracy Jacobs Biden, 67, was born in Hammonton, New Jersey, but grew up in Willow Grove, Pennsylvania. She attended college at the University of Delaware with her first husband in 1970, whom she divorced before meeting the former vice president.

The future first lady met the then-senator on a blind date in 1975. The two instantly connected, although Biden proposed five times before Jill eventually agreed to marry him, she told Vogue. The future first lady helped raise Biden's three children and the couple had a child of their own in 1981.

Biden plans to be the only first lady in US history to hold a job outside of the White House. She is a university professor with a bachelor's degree, two master's degrees, and a doctorate of education. For eight years, during her time as a second lady, Biden taught at Northern Virginia Community College.

"I want people to value teachers and know their contributions and to lift up the profession," Biden told CBS News in an August interview.

Biden and his first wife had two sons, including Beau, the former attorney general of Delaware who died of brain cancer on May 30, 2015. 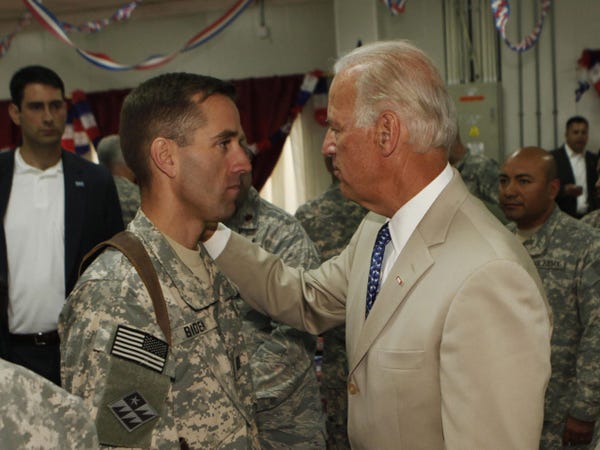 As Business Insider reported at the time of his death, Biden was lauded for his dedication to service, including his year-long tour in Iraq as captain in the Delaware Army National Guard.

Biden was survived by his wife, Hallie, and their two children.

The president-elect's second-born son, Hunter, has been the subject of scandal and recentconspiracy theories from Trump and Republicans. 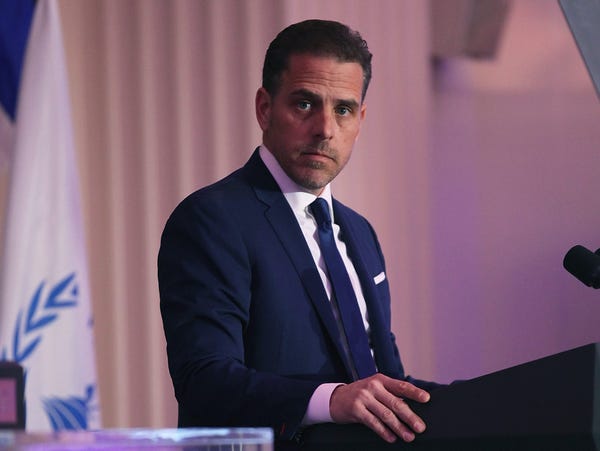 Hunter Biden, 50,  the second-born son of Joe and Neilia, was born on February 4, 1970. Hunter Biden studied at Georgetown University and graduated in 1992.

Biden's political aspirations and career have been plagued in controversy and scandal, including his documented struggle with addiction, as documented in this Business Insider report.

Most recently, in October, Biden was the subject of an unverified report from The New York Post, which claimed to have obtained emails and photos from a laptop that once belonged to Biden. The report has been largely discredited but was peddled by Trump his allies in the final weeks preceding his father's victory, as Business Insider reported.

The future president and first lady have one daughter together, Ashley. 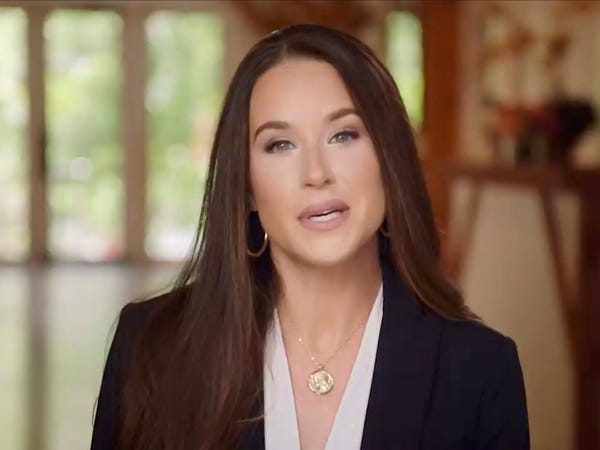 Ashley Biden was born on June 8, 1981, and is Biden's youngest child. According to Marie Claire, she is a social worker who in 2012 married Dr. Howard Krein, a Philadelphia-based surgeon.

Biden has previously talked about her passion for social justice activism, telling Glamour in a 2017 interview that her "passion started at a very young age." From 2014 until 2019, Biden was previously the executive director of the Delaware Center for Justice.

"My dad is a lifelong public servant; my mom was a public-school teacher—it's in my DNA," she said.

Biden, a graduate of Tulane University, also owns Livelihood, a company she founded after her brother's death, which designs and sells American-made clothing to donate proceeds to DC and Delaware-based community organizations, according to Marie Claire. 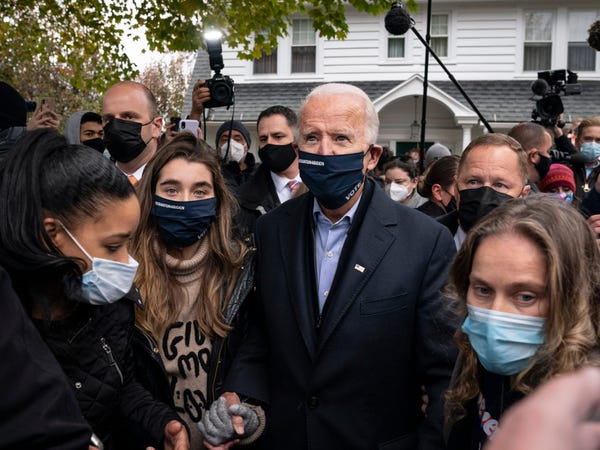 The president-elect and the incoming future first lady have a total of seven grandchildren, according to Harper's Bazaar.

Naomi is the 26-year-old daughter of Hunter and his first wife, Kathleen Biden, who recently graduated from Columbia Law School, according to Harper's Bazaar. Her younger sister, the 20-year-old Finnegan, is named after the president-elect's grandmother, Catherine Eugenia "Jean" Finnegan Biden, according to Oprah Magazine.

Maisy Biden, born in 2001, is the youngest of Hunter and Kathleen Biden's children, and is friends with Sasha Obama, the youngest daughter of former President Barack Obama and first lady Michelle Obama, according to the Chicago Tribune.

The late Beau Biden and his widow, Hallie, had two children. Natalie Biden, who is 16 years old, and the 14-year-old Robert "Hunter" Biden II, who is named for his uncle, according to Harper's Bazaar.

The president-elect's two youngest grandchildren are also from his son, Hunter. Hunter Biden had initially denied he was the father of the child, born in 2018, but a judge in January ruled that Biden was the anonymous child's father. Hunter Biden and his current wife, Melissa Cohen, had their first child together in March.