McDonald’s latest release is taking cues from sneaker drop culture with a limited edition capsule that includes the chance to try its new chicken sandwich a day before the official debut. 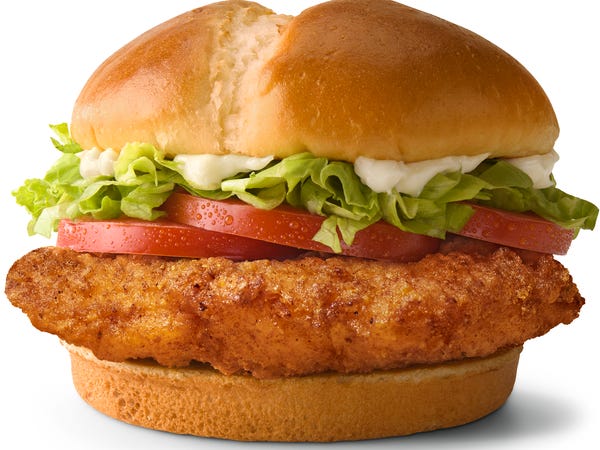 The $5 capsule also includes a vinyl copy of a track about the new chicken sandwich, which McDonald’s says will soon be used in advertising. Buyers will also get a tan hoodie with references to the “crispyjuicytender” sandwiches.

“We know fans can’t wait for our new Crispy Chicken Sandwich to hit restaurants, so we’re celebrating them and this moment with a drop like no other,” McDonald’s VP of US Communications, David Tovar, said. 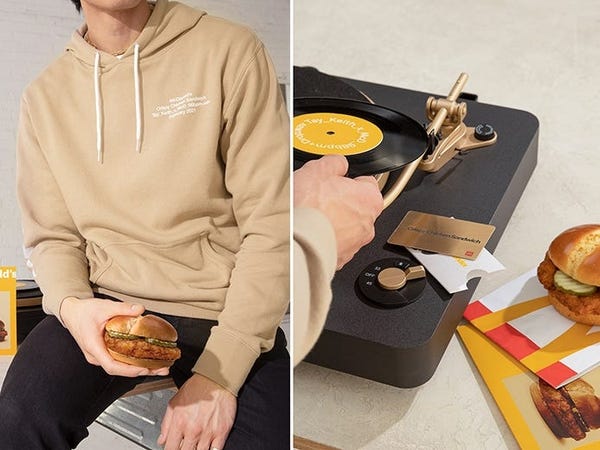 McDonald’s has experimented with selling merchandise along with food over the past year to great success. A high-profile collaboration with Travis Scott was so popular that some locations ran out of Quarter Pounder ingredients. Scott reportedly earned $20 million from the deal, with a whopping $15 million from merch, including a $98 hoodie and a McNugget-shaped body pillow.

Other merch drops have been less successful for the fast-food chain. In October, McDonald’s followed up the success of the Travis Scott meal with the J. Balvin meal, and a collection that was supposed to include a McFlurry bucket hat, Big Mac slippers, and even a temporary tattoo of a receipt for the J Balvin meal. In January, “production challenges” canceled the line, and customers were refunded.

How to claim tax relief for working from home

The Child Care Industry Is About To Collapse. There’s No Bailout Coming.