McDonald's filed a lawsuit on Monday accusing its former CEO Steve Easterbrook of lying about sexual relationships with multiple coworkers during his last year at the company.

The lawsuit alleges that Easterbrook conducted and lied about sexual relationships with three employees and used his company email account to send himself "dozens of nude, partially nude, or sexually explicit photographs and videos of various women."

The chain fired Easterbrook in November after citing a violation of company policy "involving a recent consensual relationship with an employee."

A day after Easterbrook was fired, the company's stock took a hit, sinking as much as 3%.

Easterbrook holds an honorary academic position at Oxford University's Centre for Corporate Reputation. Before becoming CEO in 2015, Easterbrook served as the company's chief brand officer and as a leader of McDonald's business in the UK and northern Europe.

When Easterbrook came on as CEO in 2015, the company's same-store sales had fallen for six straight quarters in the US. He announced a turnaround plan to revive the business, which included listening to customers and quickly adapting to changing tastes.

After Easterbrook took the helm, the company cut several menu items, changed the ingredients in its US chicken recipe, and moved its corporate headquarters.

Here are 18 changes that McDonald's made while Easterbrook was CEO.

1. A massive new high-quality burger was added to the menu. 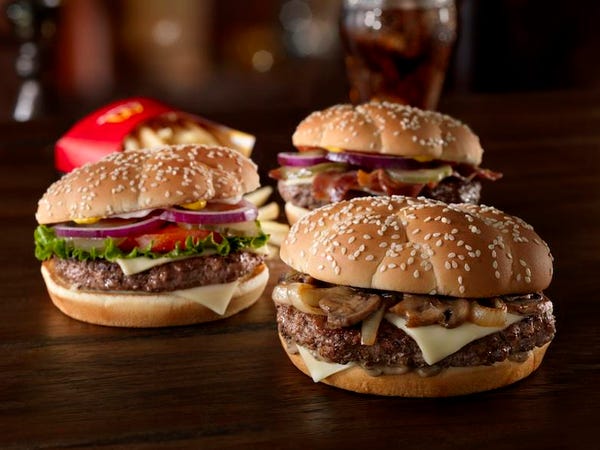 About a month after Easterbrook became CEO, McDonald's added the Sirloin Third Pounder to the menu. Patties in this limited-time burger weighed about 1.3 ounces more than the Quarter Pounder.

The item was phased out after it failed to meet sales expectations. 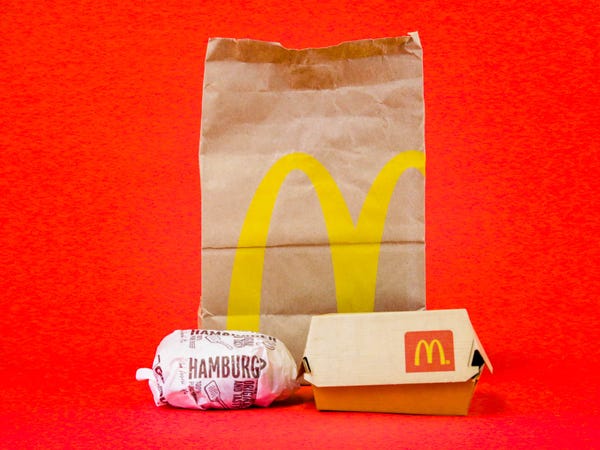 More recently, McDonald's has cut Signature Crafted Recipes burgers and sandwiches from the menu and slashed items from its late-night menu. Franchisees can also decide which menu items they want to include on the all-day breakfast menu.

3. A customizable burger option was rolled out nationwide. 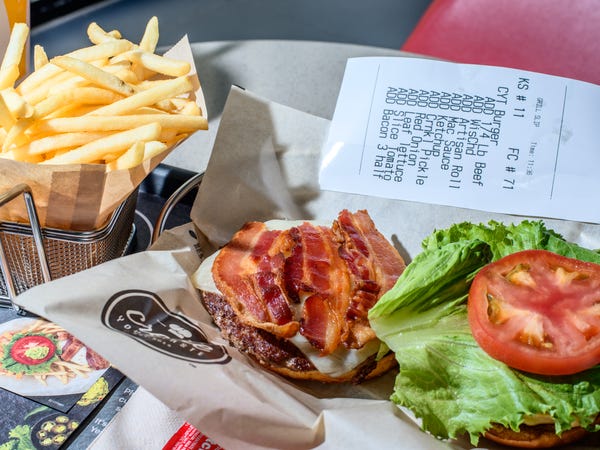 The Create Your Taste option was introduced to thousands of restaurants nationwide in June 2015. The option let people order toppings like guacamole and chili-lime tortilla strips via touchscreen kiosks but was replaced by a new program called "Signature Crafted Recipe" in 2016. That program was discontinued earlier this year.

4. The company started using butter instead of margarine on the McMuffins, biscuits, and bagels. 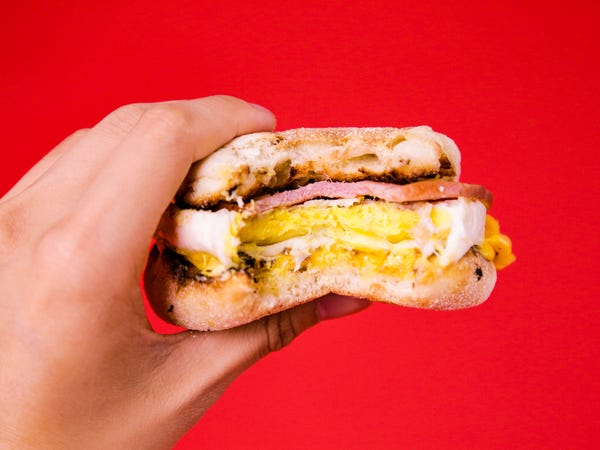 McDonald's announced that it would use real butter instead of margarine on its McMuffins, biscuits, and bagels in August 2015, helping to drastically drive up sales of those menu items.

5. The chain launched a new buttermilk crispy-chicken sandwich made with real buttermilk. 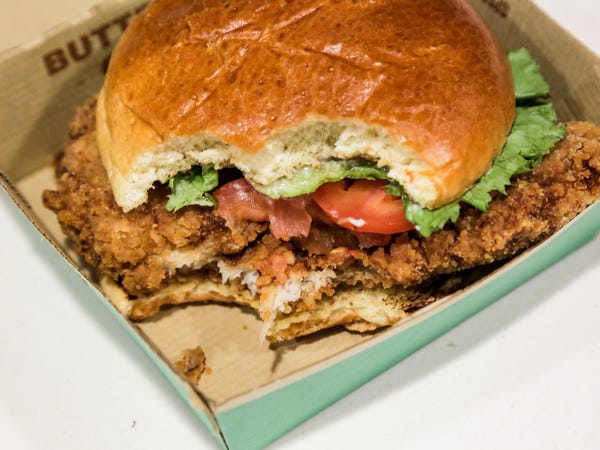 The sandwich featured a chicken-breast fillet marinated and battered with buttermilk and topped with tomato, leaf lettuce, and mayonnaise. It's served on an artisan roll.

"It outperformed the high end of our expectations," Easterbrook said of the sandwich in October 2015. 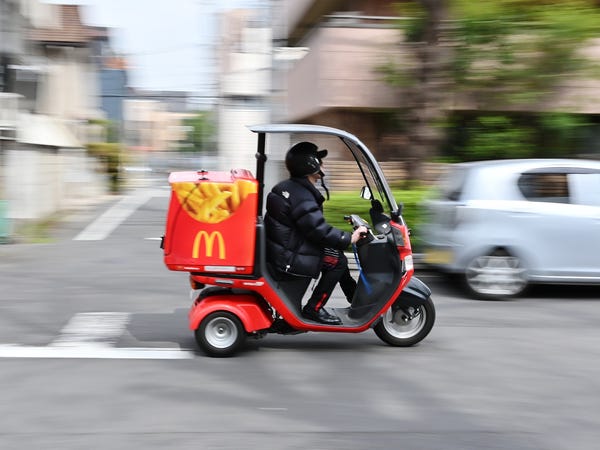 The company tested the service in May 2015 and partnered with Postmates to bring food to customers in Brooklyn, Queens, and Manhattan 24 hours a day.

In 2018, McDonald's delivery was available at 12,000 locations globally through the partnership with UberEats.

In September, McDonald's announced a partnership with Grubhub to expand delivery to approximately 500 restaurants in the New York City and Tri-State Area.

7. Breakfast was expanded to be served all day. 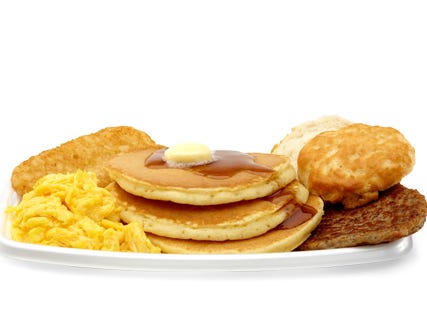 The chain rolled out an all-day breakfast menu nationwide in October 2015. Prior to that, the chain had stopped serving breakfast most days at 10:30 a.m.

Certain breakfast items like McGriddles and bagels were excluded from the all-day breakfast menu.

8. Healthier menu items were tested out. 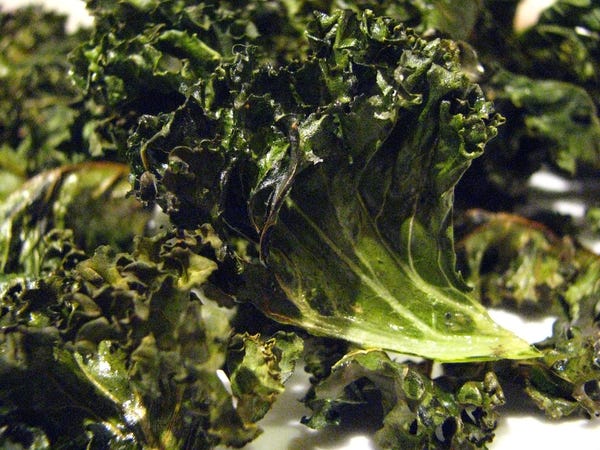 McDonald's tested kale as an ingredient in breakfast bowls in nine locations in Southern California and in a restaurant concept in Canada.

9. The company's chicken recipe was upgraded. 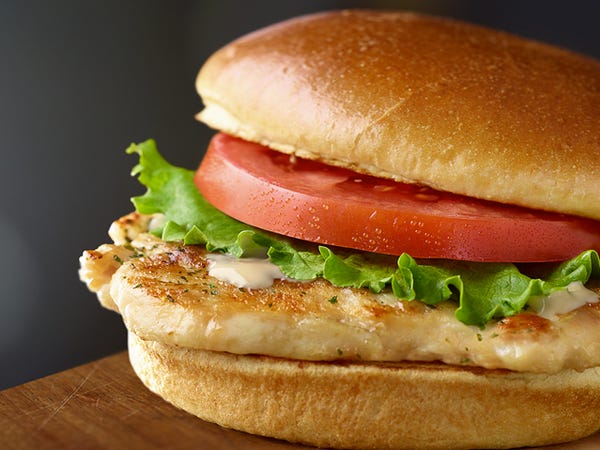 McDonald's said it would remove all antibiotics vital to fighting human infections from its chicken supply and numerous hard-to-pronounce ingredients from the grilled chicken used for sandwiches and wraps, which would be renamed "Artisan Grilled Chicken."

10. The company tested out a new recipe for Chicken McNuggets. 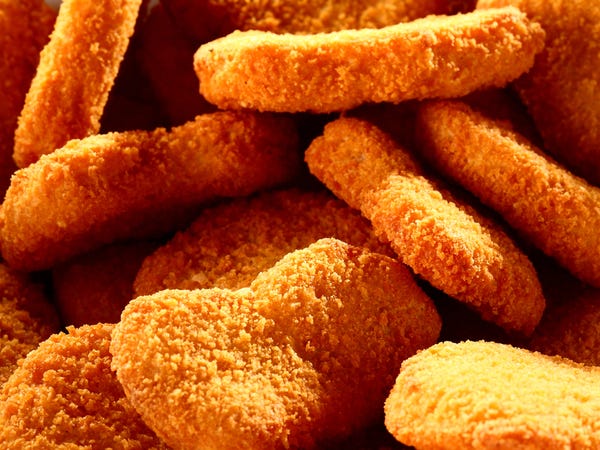 The new recipe was rolled out to 140 locations in March 2016 and contained more recognizable ingredients like lemon juice solids and rice starch as opposed to artificial preservatives.

The new recipe was later rolled out nationally the same year.

11. The Dollar Menu was replaced. 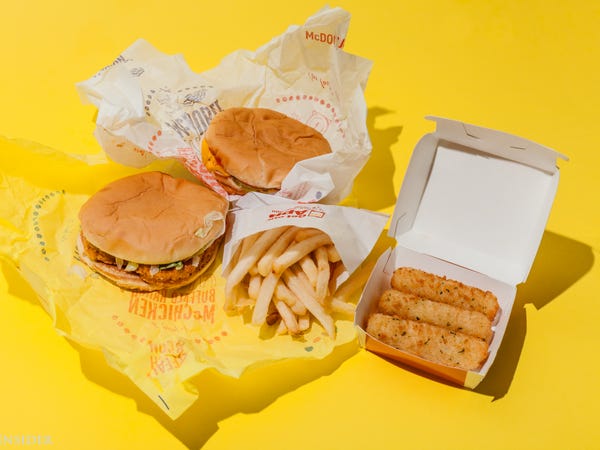 The McPick 2, which launched in January 2016, replaced the chain's Dollar Menu that had been killed in 2014.

The deal allowed customers to choose two of the following items for $2: a McDouble, a McChicken, small fries, and mozzarella sticks.

12. The company followed Starbucks and added espresso-based drinks to the menu. 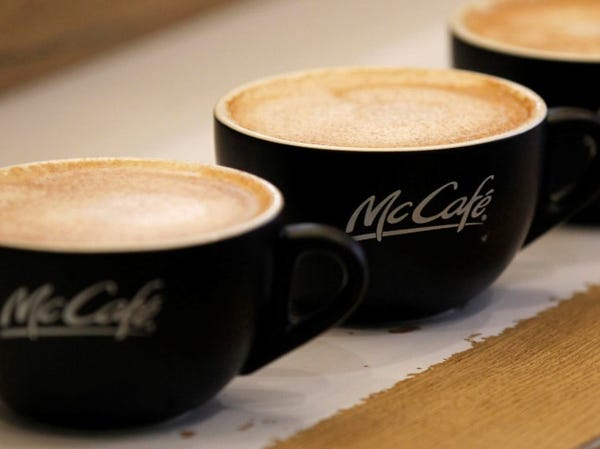 McDonald's added the McCafe menu in September 2017, including a caramel macchiato, a vanilla cappuccino, and an americano. Executives said the new items prompted more orders from the breakfast food menu.

13. McDonald's added Buttermilk Crispy Tenders, which were a massive hit. 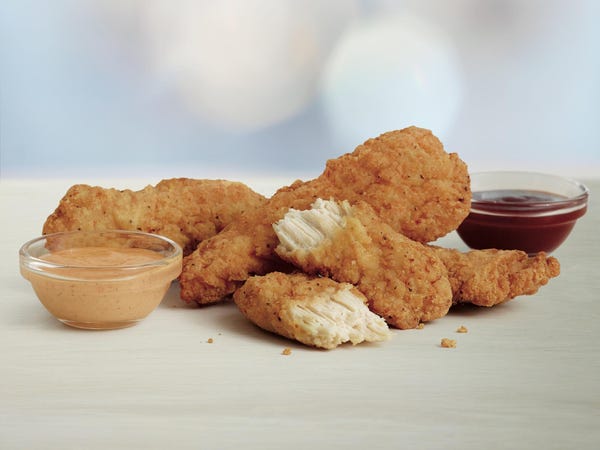 McDonald's introduced the Buttermilk Crispy Tenders in October 2017 after it cut Chicken Selects in 2015.

The tenders were a huge hit. 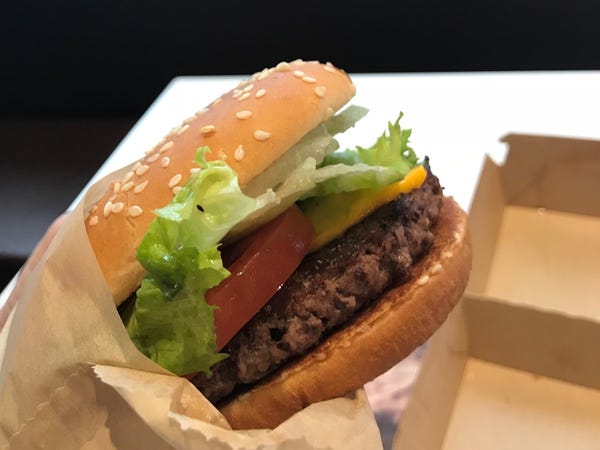 McDonald's announced in March 2018 that it would be rolling out Quarter Pounder burgers made with fresh — not frozen — beef across the US.

One year after the change, McDonald's grew its share of burger sales for the first time in five years.

"Our numbers speak for themselves, with the introduction of fresh beef and the promotions including fresh beef quarter-pound burgers helping result in a sustained quarter-pound burger sales increase of 30% on average throughout the entire first year," Chris Kempczinski, then-president of McDonald's USA, said in a statement. 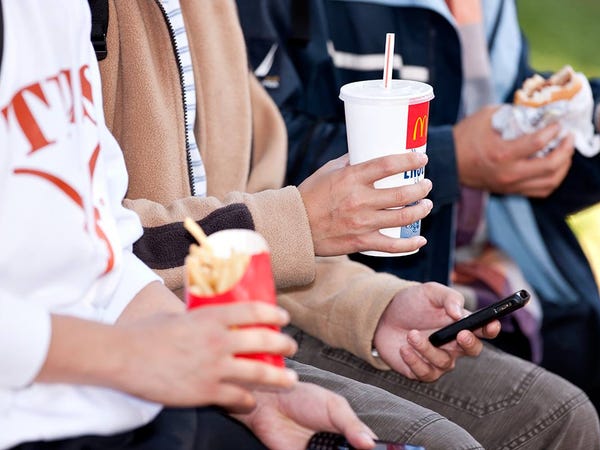 By the end of 2017, all US McDonald's were planning to offer mobile order-and-pay. 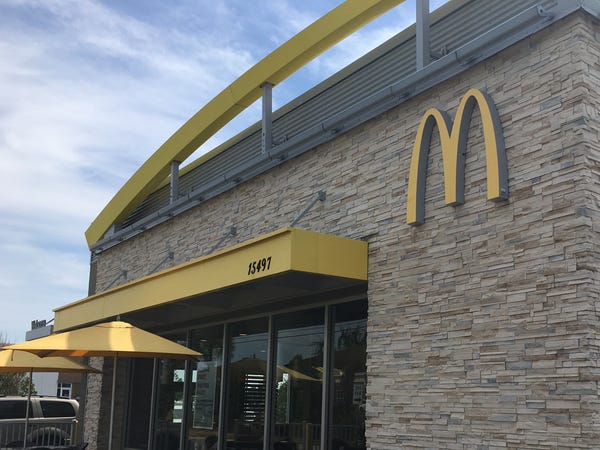 The new, renovated "restaurants of the future" included kiosks and optional table service and were introduced as early as 2015.

"We are continuing to make improvements inside our restaurants to make the customer experience more personal and less stressful," Easterbrook said in 2017.

17. The McDonald's headquarters were moved to Chicago. 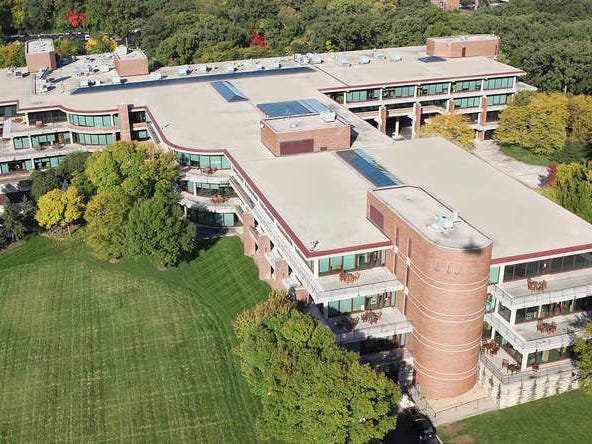 The company opened its new headquarters in Chicago's West Loop neighborhood in 2018 after 47 years in Oak Brook, Illinois. 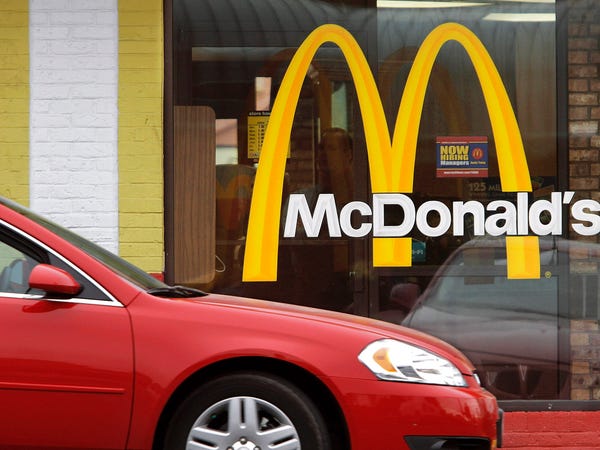 McDonald's acquired two tech startups — Apprente and Dynamic Yield — with the intention, in part, of fixing its drive-thru business. It also invested millions of dollars in upgrading drive-thrus to speed up wait times, the company announced in September.

Easterbrook said McDonald's drive-thru times dropped by 20 seconds over the most recent quarter in a call with investors in October.

Amazon Promises to Work With Congress But Isn’t Offering Bezos