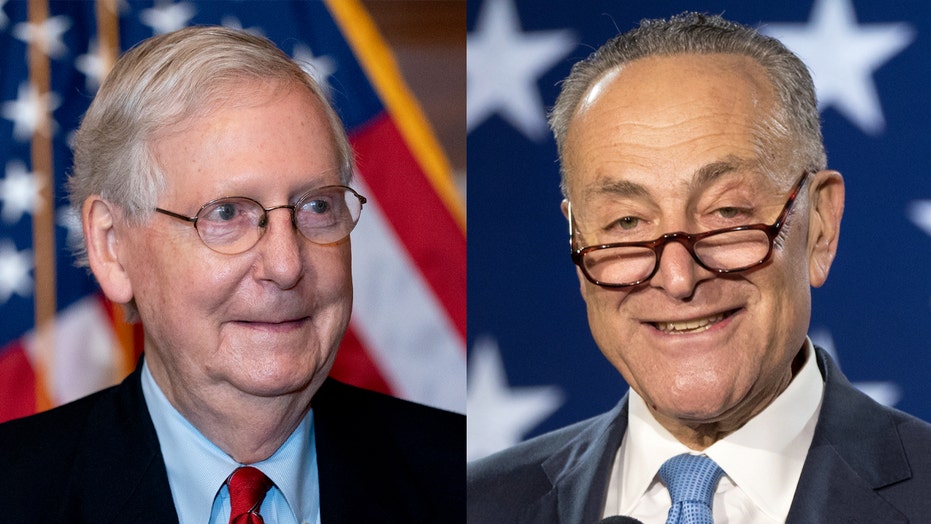 "Well, first of all, I am going to treat him a hell of a lot better than Chuck Schumer ever treated Donald Trump," the Kentucky Republican told Scott Jennings, an opinion contributor for the Courier-Journal, after acknowledging Biden’s win on the Senate floor.

"The Electoral College has spoken," McConnell had said after the electoral vote on Dec. 14.

McConnell promised not to "bring the administration to its knees" the way Schumer, D-N.Y., did when Trump took over.

Schumer led filibusters over 128 Trump appointees in the last four years, forcing McConnell to file cloture to break the filibuster and move forward with a vote. Schumer voted against Elaine Chao, McConnell’s wife, for Transportation secretary. But Schumer was never the majority leader under Trump, and his obstruction tactics were more of a laborious delay than an impasse to government function.

It remains to be seen whether McConnell will hold his seat as majority leader or pass it off to Schumer – the outcome will depend on two Senate races in Georgia. If Democrats win both races, the Senate would be split 50-50. Schumer would be named majority leader, but he’d have to broker a deal with McConnell on everything from floor procedures to committee seats. If Republicans win one or both races, McConnell holds his current title.

McConnell noted his "friendship" with the incoming president, having spent decades in the Senate with Biden. He said that he was the only Senate Republican to attend the funeral of Biden's son Beau.

After McConnell congratulated Biden on his win on the Senate floor, the president-elect called him to thank him.

"I told him that while we disagree on a lot of things, there are things we can work together on. We’ve always been straight with one another. And we agreed to get together sooner than later. And I’m looking forward to working with him," Biden told reporters.

The Senate’s Republican conference chair, however, promised not to forget Democrats slow-walking the process on Trump nominees.

Sen. John Barrasso, R-Wyo., said Republicans "are not going to forget what happened with President Trump's administration and the delayed process that went through it."

"So, it's not going to be a garden party," Barrasso said on "Fox News Sunday" earlier this month. "If the Republicans are in the majority, these nominees are going to have to run the gauntlet."

One Biden nominee sure to face a rocky confirmation path is Neera Tanden, the president-elect’s choice to head the White House Office of Management and Budget.

Tanden, a Hillary Clinton loyalist and CEO of the left-leaning Center for American Progress, has drawn ire from conservative Republicans and progressive Democrats alike.

Republicans have hit Tanden for a slew of past caustic tweets, and progressives believe she’s too close to the establishment.