Benson: Republicans slight favorites in Georgia Senate races but ‘should take nothing for granted’

‘Outnumbered’ panel weighs in on Senate runoffs in Georgia that will determine the chamber’s balance of power.

Some very well-known Republicans are teaming up help raise money for the GOP candidates in Georgia’s twin Senate runoff elections, which will determine whether their party holds on to its majority in the Senate or if the Democrats will control both houses of Congress in addition to the White House.

Fox News has confirmed that Republican strategist Karl Rove will serve as national finance chairman for the Georgia Battleground Fund. Rove, who was President George W. Bush’s top political adviser during his two presidential campaigns and in the White House, is a longtime Fox News political analyst and a columnist for the Wall Street Journal.

Also on the board of the fund as honorary co-chairs are former New Jersey Gov. Chris Christie, former Vice President Dan Quayle and former U.N. ambassador Nikki Haley. Haley, a former South Carolina governor and a potential 2024 GOP White House hopeful, will likely be making a trip to Georgia in the coming days or weeks to campaign with Republican Sens. David Perdue and Kelly Loeffler. 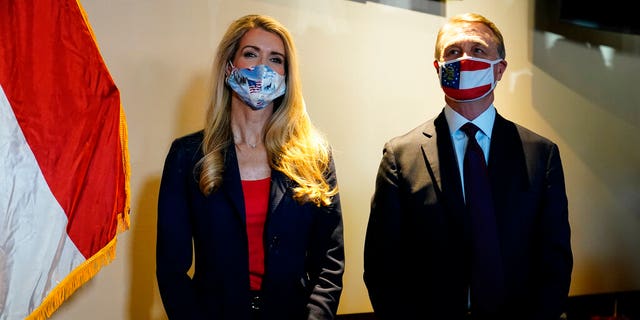 Nick Ayers, a veteran Republican strategist and adviser with strong ties to Georgia, and who most recently served as Vice President Mike Pence’s chief of staff, is among the list of national co-chairs for the fund. So is former Mississippi Gov. Haley Barbour, who’s also a former chair of the Republican National Committee.

The fund, formed by the National Republican Senatorial Committee (NRSC) under the direction of outgoing chair Sen. Todd Young, is expected to raise large sums of money to help keep the GOP’s majority in the Senate.

GOP officials declined to say how much money they expected to raise through the new fund. But the NRSC said late last week that it and the Perdue and Loeffler campaigns hauled in over $32 million in fundraising over the previous six days, as they gear up for the Jan. 5 runoff elections.

The current balance of power for the next Senate — coming out of this month’s elections — is 50 Republicans and 48 Democrats. That means the Democrats must win both of Georgia’s runoff elections to make it a 50-50 Senate, in which Vice President-elect Kamala Harris would be the tie-breaking vote, giving her party a razor-thin majority in the chamber. 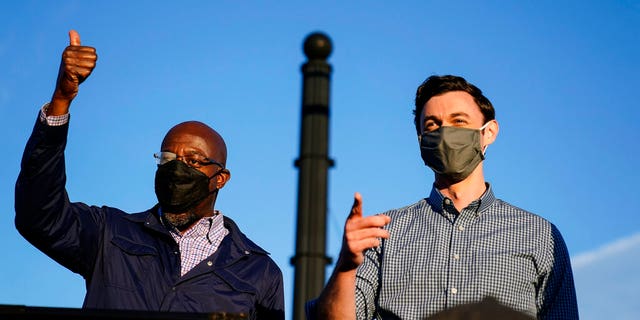 In Georgia, where state law dictates a runoff if no candidate reaches 50% of the vote, Perdue narrowly missed avoiding a runoff. He currently stands at 49.75% in the count, with nearly all votes counted. Democratic challenger Jon Ossoff, trails by roughly 87,000 votes.

In the other race, Loeffler captured nearly 26% of the vote in a whopping 20-candidate special election to fill the final two years of the term of former GOP Sen. Johnny Isakson. Democratic candidate Rev. Raphael Warnock won nearly 33% of the vote.

News of the fund was first reported by Politico.

The investigation into Matt Gaetz stemmed from a probe into a Florida tax official charged with stalking and sex trafficking, reports say

NYC-Area States Ban Crowds ‘Amid a Lack of Federal Direction’