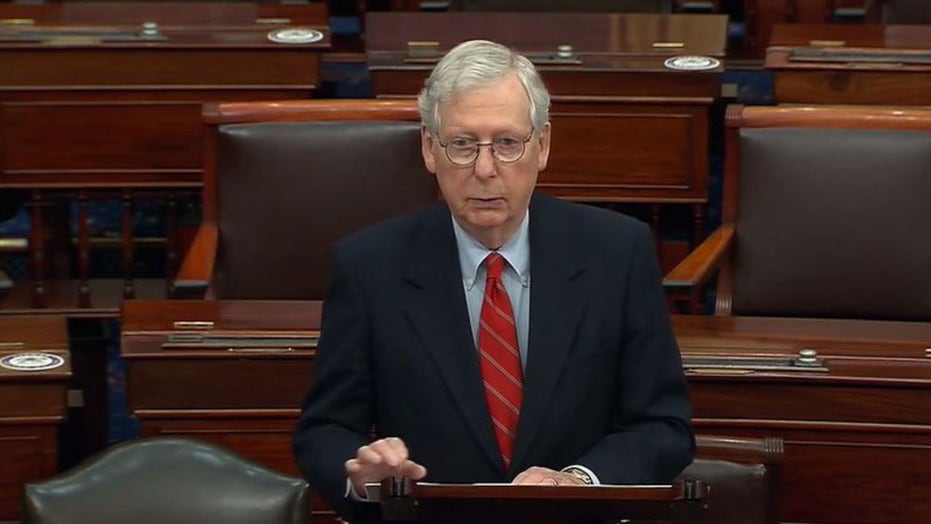 McConnell added that Congress ‘will not deserve any special praise’ for the last-minute agreement.

Senate Majority Leader Mitch McConnell on Sunday evening said lawmakers have reached a long-awaited coronavirus relief bill, though it will be hours before the full details are made public, Fox News has learned.

After days of negotiations, McConnell said he was "relieved" that a deal was in the offing.

The House and Senate were expected to vote on the legislation on Monday. Before hitting the full House for a vote, the relief bill first must go through the House Rules Committee, though it remains unclear when that will be.

According to congressional leaders, the agreement would establish temporary $300 per week supplemental jobless benefits and $600 direct stimulus payments to most Americans, along with a new round of subsidies for hard-hit businesses and money for schools, health care providers, and renters facing eviction.