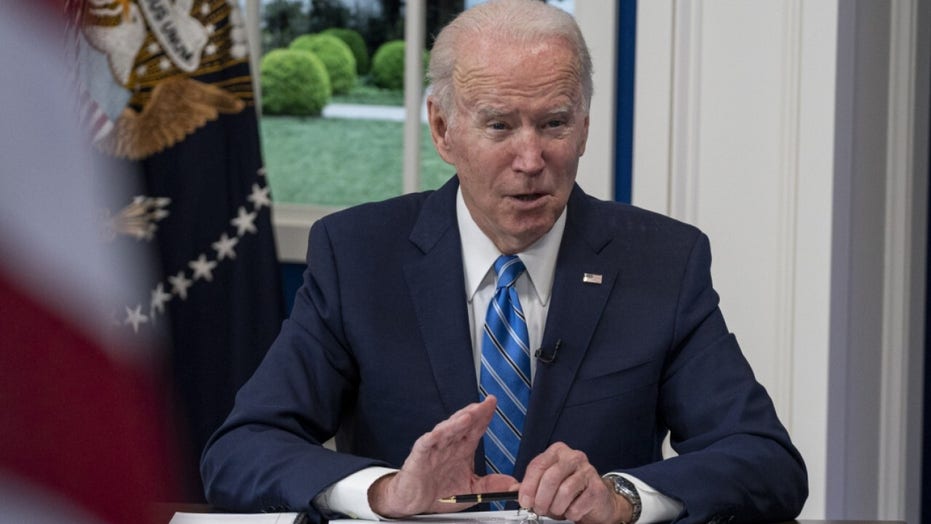 ‘The Five’ panel react to Biden saying ‘there is no federal solution’ to COVID-19 pandemic, and calling for states to ramp up their efforts

The mainstream media is appearing to largely give President Biden a pass for attempting to ricochet responsibility on COVID-19 to individual states after he promised to use the federal government’s powers to combat the issue, despite scolding former President Trump for the same move.

“Look, there is no federal solution. This gets solved on the state level,” Biden said Monday on a call with governors about combating the COVID-19 pandemic. 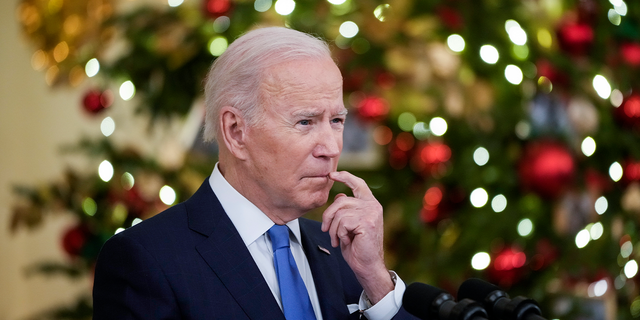 "Look, there is no federal solution. This gets solved on the state level," President Biden said Monday on a call with governors about combating the COVID-19 pandemic.
(Drew Angerer/Getty Images)

Biden also pointed to long lines at testing locations over Christmas weekend amid the omicron surge and declared, “Seeing how tough it was for some folks to get a test this weekend shows that we have more work to do.”

Critics have noticed Biden promised he had a plan to “get this virus under control” shortly before Election Day in 2020, but suddenly wants states to handle it themselves. However, Biden has so far seemingly escaped much scolding from the liberal media for his sudden flip-flop.

The New York Times published an Associated Press video headlined, “Biden Reassures Governors as Coronavirus Surges,” but scathing criticism of the president’s comment was nowhere to be found. Biden’s comments didn’t result in around-the-clock outrage on liberal cable news networks and the Washington Post didn’t appear to mention the call with governors at all.

Coverage was much different during the previous administration.

“This about face has to be one of the more infuriating double standards of the pandemic. For months, the liberal media blasted President Trump as irresponsible for arguing states had any role of value in helping to wind down and/or defeat the pandemic. But now? It makes perfect sense in much the same way that the CDC has halved the quarantine period,” NewsBusters managing editor Curtis Houck told Fox News Digital.

“There’s zero shame or admission of guilt. If anything is referenced in terms of a change, you can bet the press will chalk it up to simply that they now know so much more about the virus and thus they were never inconsistent or partisan,” Houck continued. “Of course, the American people will be able to tell the difference and know the truth in this clownish turn.”

In April 2020 when President Trump targeted individual states with strict stay-at-home orders, the Times declared he was “ceding any semblance of national leadership on the pandemic.”

“By embracing the backlash to the coronavirus restrictions, Mr. Trump is tapping into a powerful well of political energy as he seeks re-election this year. The president is also trying to deflect anger about his response to the virus away from him and toward Democratic governors, who he hopes will shoulder the blame for keeping the restrictions in place and for any deaths that occur after states reopen,” The New York Times reported at the time. 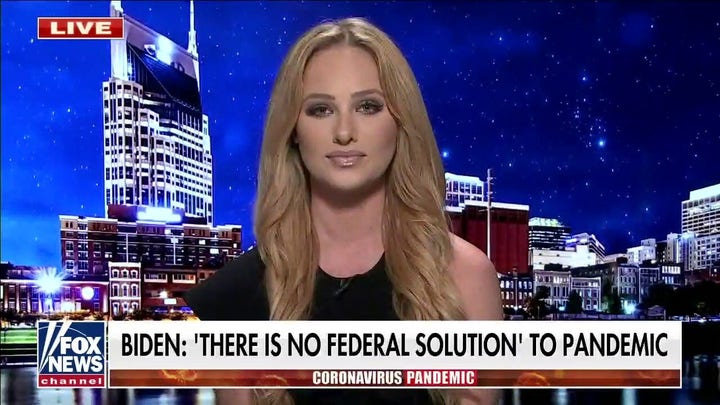 The New York Daily News published a report headlined, “Trump unveils ‘Opening Up America’ plan that punts coronavirus recovery to governors despite ‘total authority’ vow,” which began, “When push comes to shove, President Trump would rather just pass the buck.”

CNN referred to Trump’s April 2020 announcement that states called the shots as a “retreat” and a “turnabout.” CNN’s Kevin Liptak, who penned the scathing 2020 report on Trump, took a more muted approach on Tuesday when he wrote that Biden “conceded” that states he’s taken to combat the virus are not enough.

Politico published a report in November 2020 headlined, “Trump administration leaves states to grapple with how to distribute scarce vaccines,” which declared the administration was “shunting” difficult decisions to states.

On Dec. 29, 2020 the Washington Post reported Biden criticized Trump’s handling as “meager and insufficient” while vowing “to fully use the federal government’s powers once inaugurated to speed the production and dispersal of vaccines and protective equipment.”

The Post also reported that Biden called the scale of testing under Trump a “travesty.”

Nearly a year into his presidency, Katie Pavlich feels the president is now skirting responsibility for the pandemic and resorted to “blaming” the governors during the call.