In media news today, a CBS News reporter asks Biden when he will answer reporters’ questions, ‘Experts’ get slammed for cautioning against using the term ‘looting’ to describe California thefts, and false media reporting on Rittenhouse leads to corrections and mockery.

Liberal college professor Heather Cox Richardson suggested in an article published Tuesday that President Biden “declare war” on Republicans in an effort to combat what she claimed was the party’s move towards authoritarianism.

“The Atlantic” article, authored by contributor Molly Jong-Fast, argued that Biden was facing problems controlling the “narrative” around his presidency and needed “an enemy” to absorb American’s anger, which has been translating to his increasingly low approval rating.

Jong-Fast cited Richardson’s claim that a focus on going after Republican “authoritarians threatening our democracy” would be like former President Abraham Lincoln going after southern slaveholders in the Civil War.

“To improve Biden’s popularity, earnest consultants might tell him to work on the fundamentals. But the fundamentals are actually good: The economy is getting better. Americans have both cash and jobs,” Jong-Fast wrote. “The disconnect between the facts and the polls suggests that Biden’s true problem is a narrative one. Specifically, he doesn’t have an enemy, a punching bag to absorb Americans’ anger (rational or irrational).” 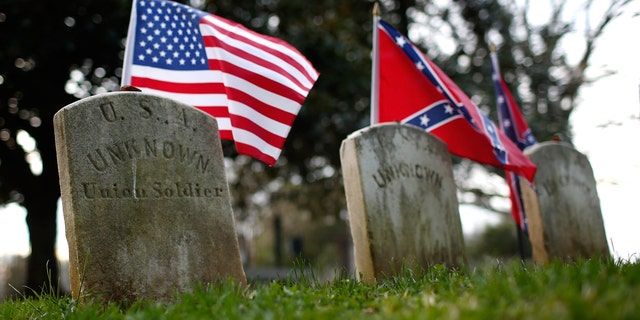 The graves of a Union soldier with Confederate soldiers are shown at sunset at the Appomattox Court House National Historical Park April 7, 2015 in Appomattox, Virginia – file photo
(Photo by Win McNamee/Getty Images)

“If Biden needs to unite voters, whom should he unite them against?” she added. “Boston College professor Heather Cox Richardson told me, ‘Biden could easily declare war on the authoritarians threatening our democracy, much the same as Abraham Lincoln did when he pulled northerners together to stand against the slaveholders.’ That is, he could spend more time trying to direct Americans’ attention to the threat posed by the Trump-directed Republican Party, which is consolidating power at the state level and turning against democracy in large numbers.”

Jong-Fast expressed her agreement with Richardson, placing blame on Republicans for igniting a further divide amongst Americans rather than potentially towards Biden for taking possible action.

“Now Biden needs to remind Americans of what he’s trying to achieve—rescuing democracy from the threat of authoritarianism, both at home and abroad—and ask them to enlist alongside him in that cause,” she wrote. 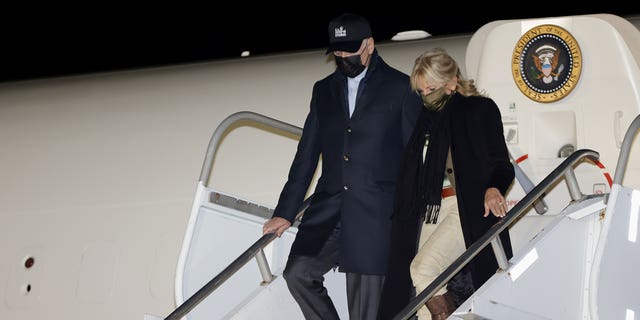 “Voters rallied behind Biden when he made that case on the campaign trail in 2020, and with the right messaging they would do so again today. Democrats are facing considerable headwinds. Fixing the narrative could mean saving democracy,” she added.