Vermont Democratic Sen. Patrick Leahy “is expected to preside” over the impeachment trial of former President Donald Trump, a Senate source told Fox News on Monday, signaling that Chief Justice John Roberts will not be forced to oversee the politically charged arguments now that Trump is out of office.

The source said Leahy, the president pro tempore of the Senate, would preside instead of the chief justice because senators usually fill that role when the impeached individual is not the current president of the United States. A separate government source confirmed that Roberts will not participate in the impeachment trial.

Leahy, D-Vt., confirmed that he will preside over the trial in a statement Monday. 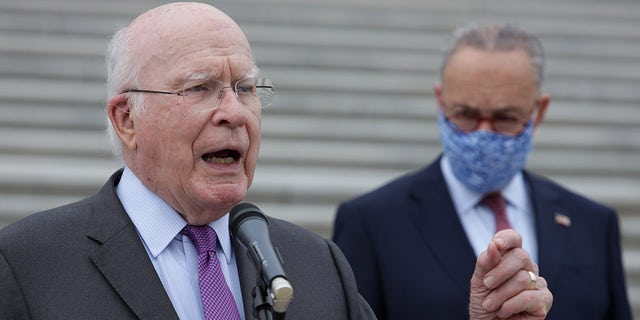 WASHINGTON, DC – OCTOBER 22: U.S. Sen. Patrick Leahy (D-VT) speaks as Senate Minority Leader Sen. Chuck Schumer (D-NY) listens during a news conference in front of the U.S. Capitol after a boycott of the Senate Judiciary Committee hearing on the nomination of Judge Amy Coney Barrett to the U.S. Supreme Court on October 22, 2020 in Washington, DC. (Photo by Alex Wong/Getty Images)

He added: “I consider holding the office of the president pro tempore and the responsibilities that come with it to be one of the highest honors and most serious responsibilities of my career.  When I preside over the impeachment trial of former President Donald Trump, I will not waver from my constitutional and sworn obligations to administer the trial with fairness, in accordance with the Constitution and the laws.”

Politico last week reported that Roberts “wants no further part” in overseeing an impeachment after he presided over Trump’s impeachment trial one year ago.

During that trial, Democrats pressured Roberts to get involved against the former president, including an instance in which Sen. Elizabeth Warren, D-Mass., asked Roberts whether he was harming the Supreme Court’s legitimacy because Republicans wouldn’t allow witnesses. And Trump himself habitually attacked Roberts on Twitter while he was in office.

Roberts is known for his desire to preserve the institutional integrity of the Supreme Court as a neutral arbiter that calls “balls and strikes.” He often will lead coalitions on the court to rule narrowly on hot-button issues, deciding merely the case in front of the justices without announcing broader proclamations that some of his fellow justices would like. 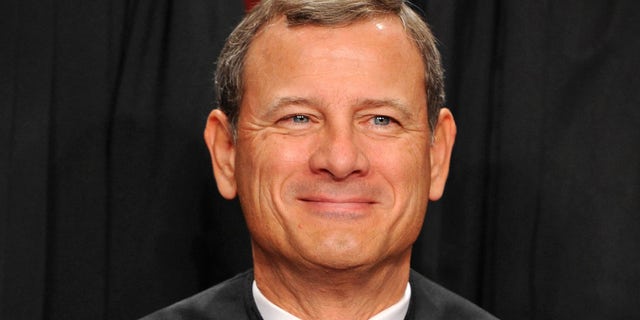 Chief Justice John Roberts smiles for the cameras as the nine members of the Supreme Court pose for a new group photograph on October, 08, 2010 in Washington, DC. (Photo by Bill O’Leary/The Washington Post via Getty Images)

The chief justice of the United States is constitutionally required to oversee impeachment trials of sitting presidents. But it’s not clear whether the chief justice is required to oversee a trial of a former president. That Roberts will not oversee the upcoming trial is evidence that he and top Senate leaders do not believe he must be there for the body to hold a legitimate trial of a former president.

The news that Leahy will preside over the trial of Trump also means that Vice President Kamala Harris will also not. CNN first reported that Leahy will preside. Harris has a constitutional role as the president of the Senate and is expected to be highly involved in the upcoming Congress in order to break ties on votes that fall along party lines — the Senate is currently split evenly with 50 Republicans, 48 Democrats and two independents who caucus with Democrats.

The person who presides over the Senate trial of Trump is unlikely to have a substantive effect on the proceedings but will affect the optics of the event. 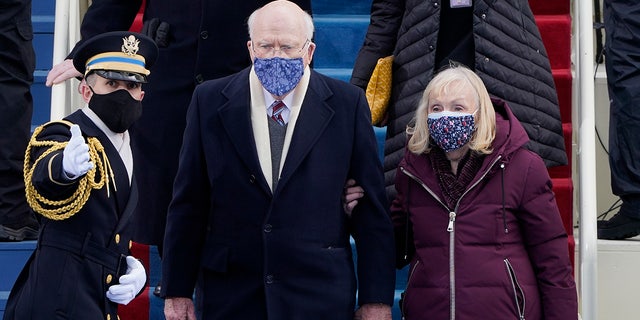 The meat and potatoes of the trial, when Leahy will be presiding over arguments on the floor from both sides, will not start until Feb. 9.

The House impeached Trump this month after a mob of his supporters stormed the Capitol while lawmakers and former Vice President Mike Pence were meeting in a joint session to certify President Biden’s electoral victory on Jan. 6.

Trump held a rally earlier that day at which he doubled-down on months of false claims that he won the presidential election and encouraged rallygoers to march to the Capitol “peacefully and patriotically.” At the same rally, his most vocal supporters used harsh rhetoric, including lawyer Rudy Giuliani, who said “let’s have trial by combat.”

It’s highly unlikely that Trump could be convicted at a Senate trial, as 17 Republicans would need to join all 50 Democrats to reach the two-thirds threshold. But if Trump is convicted, he could be barred from holding office in the future by a simple majority on a subsequent vote.