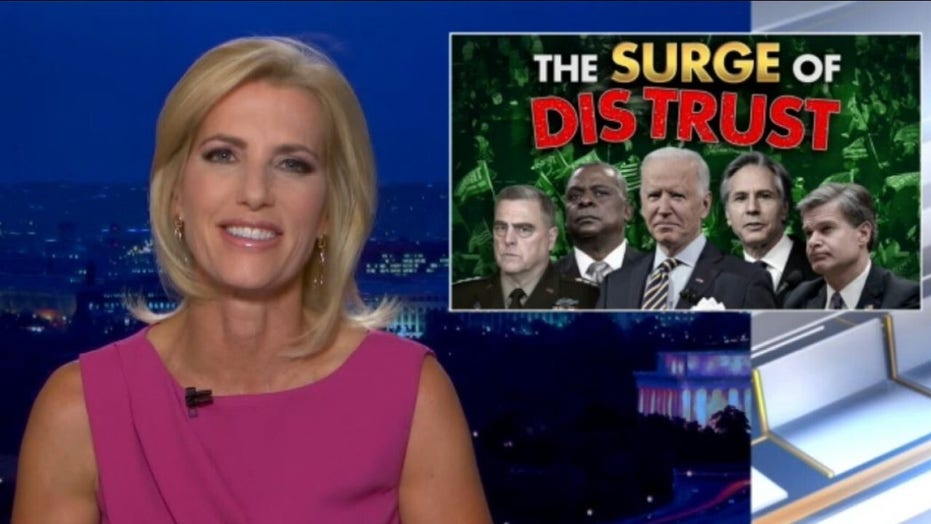 Ingraham: The surge of distrust

Fox News host Laura Ingraham discussed growing distrust in the military due to the Biden administration and woke influence on Wednesday night’s “The Ingraham Angle.” The host invoked President Dwight D. Eisenhower’s warning of a “military-industrial complex” and she questioned what the president would think about our current national security establishment.

“Traditionally and for good reason, our military has been one of the most trusted groups in the United States, but lately that’s been changing. In 2018, 70% of Americans reported having a great deal of confidence in the military. Three years later, it’s down to 56% with the largest dips among Independents and Republicans.”

Ingraham slammed anti-American teachings across America, the entertainment industry, and Big Tech, but cited military leadership, who haven’t won a “major” war since World War II for the grown distrust in the armed forces.

“Americans see the rise of China, and wonder why our politicians and generals didn’t see this coming long ago, and then prepare us for this reality that’s coming. Americans see heart-wrenching losses of American military and civilian personnel in Iraq, but no victory there.  They know that the best-equipped, most advanced military in the world couldn’t defeat the Taliban in Afghanistan after 20 years.” 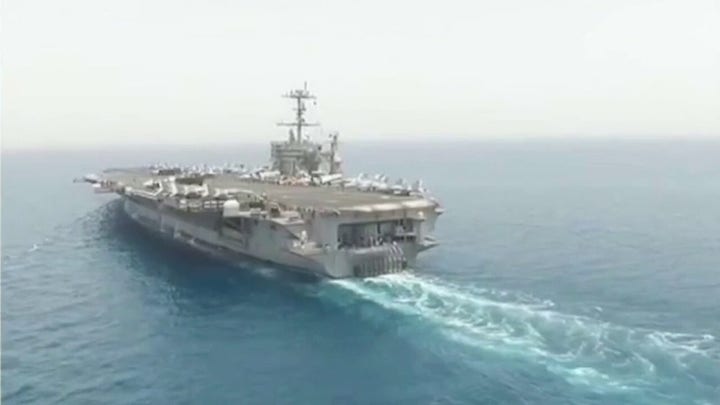 As China ramps up its threats against the United States, Ingraham said that the Biden administration has downplayed the regime’s threat and the UN hasn’t helped much either.

“This is completely insane, but again, they’re a bunch of self-loathing idiots, they’re happiest when America is down on her knees, begging for approval cooperation from Europe and others.”

Ingraham questioned if top military brass has thought their woke agenda through, citing that people may steer clear from military service because “they don’t want their sons or daughters to be subjected to left-wing propaganda.”

“The reason conservatives have always respected the military is because they represented a certain American tradition. They didn’t come across as political,  but now the left has its claws into the military, just like the have with institutions of higher learning, Hollywood go down the line. So they want to turn it into another faculty lounge somewhere.”

Ingraham called on Republicans in Congress to demand military leadership and intelligence officials get out of politics.

“Do some soul searching because you’re doing massive damage to your really important institutions.  And then what happens when America faces a serious challenge to our security?  When we need national unity to prevail?”