Ramsay Health, which was founded by businessman Paul Ramsay in 1964, has grown into a network of 532 facilities across Australia, in the UK, Europe and Asia.

The company told investors on Wednesday morning it has granted a consortium led by KKR non-exclusive access to its books after receiving the takeover bid of $88 a share. 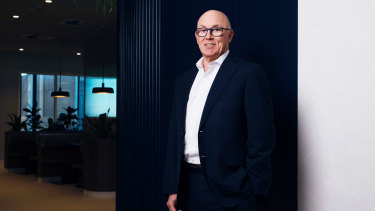 If the bid was successful, it would see one of the country’s biggest listed healthcare operators exit the ASX after a 25-year stint. Ramsay Health Care is the fourth-largest health operator on the index, behind CSL, Sonic Healthcare and Cochlear.

Over the past 12 months Ramsay has been involved in a range of merger and acquisition activity for its own business. Chief executive Craig McNally led a bid for UK hospital operator Spire last year, which ultimately failed.

The company then made a successful bid for British mental health care operator Elysium, which it closed in February.

Ramsay has also received a non-binding proposal from IHH Healthcare for the sale of its Asian joint venture, Ramsay Sine Darby. Ramsay says it is still pursuing that transaction and has granted KKR due diligence on that basis.

The company’s shares closed at $64.39 on Tuesday, meaning the offer is 36 per cent higher than the most recent share price.