The oppressive North Korean regime is cracking down hard on things like foreign movies and slang in a crusade to drive out international influence and anti-socialist behavior, what Kim Jong Un has called a “dangerous poison.”

North Korean laws are strict and violations come with harsh punishments, but enforcement can be unpredictable.

The Daily NK, citing its network of sources inside North Korea, reported last summer that authorities had stepped up their efforts to root out things like “dyed hair, earrings, jeans and clothing with foreign lettering.”

In December, the South Korean media outlet reported that the North Korean government had put into effect a sweeping new “anti-reactionary thought” law aimed at curbing foreign influence, such as films, music, and even slang from overseas.

The law threatened violators with heavy fines, jail time, and possibly death depending on the severity of the crime.

This past April, the North Korean leader sent a letter to the Youth League, urging it to “resolutely root out the negative sprouts and the poisonous weeds,” which apparently include the improper “words and acts, hairstyles and attire” of some of North Korea’s young people.

Hairstyles may seem like a weird thing for the North Korean government to fixate on, but as Peter Ward, a North Korea researcher, previously told NK News, “first it’s haircuts, then lifestyle choices, then values, and then potentially fundamental questions about power, money and the way society is structured.”

The next month, the Rodong Sinmun, the paper of the ruling Worker’s Party, published an article warning against the “exotic and decadent lifestyle” of capitalism, stressing that North Korean society “must be wary of even the slightest sign of the capitalistic lifestyle and fight to get rid of them.”

North Korea is clamping down on foreign influence in a big way, and the question is why now.

‘Re-establish social control in a time of hardship’ 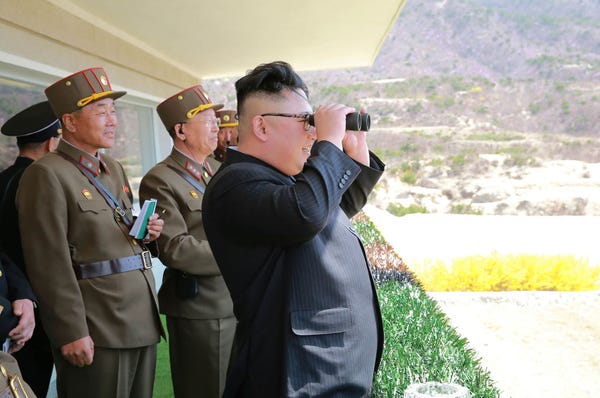 Expert North Korea watchers explained to Insider that the North Korean leadership appears to be correcting in the aftermath of failed diplomatic engagement with the US and South Korea, as well as reacting to the challenges posed by the ongoing coronavirus pandemic.

As North Korea isolated itself from the world, the country has seen tougher enforcement of laws against illicit activities, attire, and materials.

“Part of this is trying to reassert the power of the party and trying to re-establish social control in a time of hardship,” Jenny Town, a Senior Fellow at the Stimson Center and the Director of Stimson’s 38 North Program, told Insider.

She said “we generally see crackdowns when there is more domestic hardship than usual,” times when the leadership is under increased pressure. Choi Jong-hoon, a North Korean defector who escaped last year, told the BBC that “the harder the times, the harsher the regulations, laws, [and] punishments become.”

Though it impacted the country’s already weak economy, the lockdown response to the pandemic also created an opportunity for North Korean leadership to severely restrict the flow of outside information and influence into the country, which had been on the rise until recently.

‘Re-establish the idea that this information is bad’ 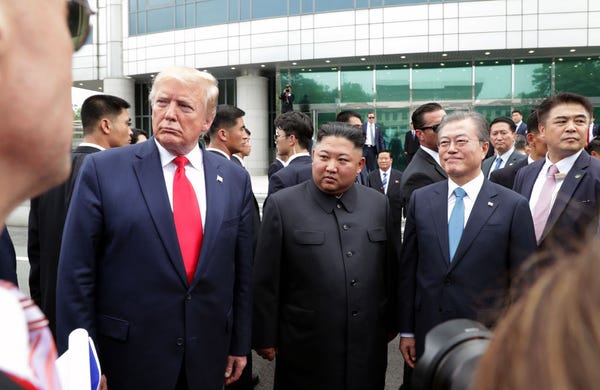 After a tense year and fears of nuclear war on the Korean Peninsula, the situation shifted in 2018, when President Donald Trump met Kim Jong Un in Singapore. Trump would meet Kim two more times, in Vietnam and later at the Demilitarized Zone.

South Korean K-pop singers performed for Kim in Pyongyang in the summer of 2018, and then the following month, South Korean president Moon Jae-in visited the North Korean capital.

But that welcome period of decreased tension and rapprochement did not last as talks ran into insurmountable obstacles, and no one walked away from the table pleased with the outcome.

“Things did not work out the way Kim Jong Un had hoped,” Jean Lee, a North Korea expert at the Wilson Center, told Insider. In turn, “he has to reshape the message and make clear to the people that we’re shifting gears here and we’re not ready to open up.”

She explained that Kim Jong Un is “trying to regain control over the people” and “where they’re getting their information.”

“One of the after effects of the political process falling through is just trying to re-establish the idea that this information is bad,” Town said, referring to the influx of foreign culture.

‘Tightening and enforcing these rules and retracting’ 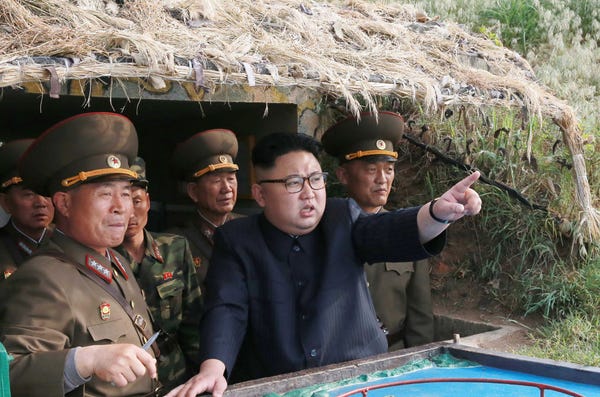 The latest cultural crackdown and campaign to cut foreign influence on North Korean society is not a new phenomenon in the country’s history. There have been others, not just under Kim Jong Un, but also under his father and grandfather.

For countries like North Korea, leaders have to find a balance between opening up and cracking down on what actually gets in the country.

“Kim Jong Un recognizes that in order for the economy and the country to grow and progress, it needs interaction with the outside world,” Lee said. “But with that comes the risk of losing control.”

“They’ve created this world with such a specific narrative, and the risk of exposing people to the reality of how the real world works is a risk that they are afraid to take,” she said. So, when “things are precarious, politically or economically, you see them tightening and enforcing these rules and retracting.”

Speaking with the BBC recently about the “anti-reactionary thought” law, Daily NK editor-in-chief Lee Sang Yong said that the goal is to “shatter” any fascination or interest in South Korean culture and lifestyle that could create a “sense of resistance” in the younger generation.

Although the latest efforts to crack down on foreign influence is not new, Lee told Insider that it does appear rather extreme. “We all want to see North Korea open up,” she said. “So, when you see them tightening down like this, it’s very worrying.”