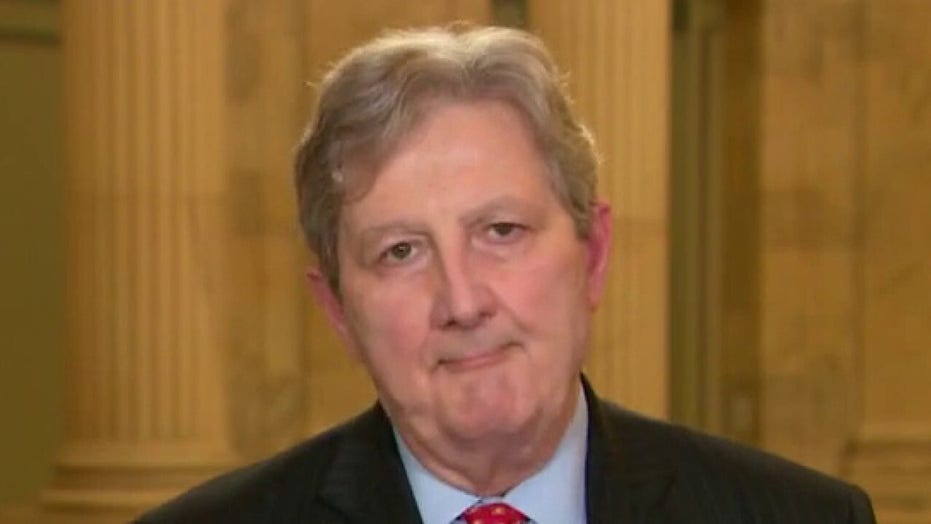 However, Kennedy did take issue with some of the questions put to Barrett by Sen. Chris Coons, D-Del., who at one point suggested that President Trump appears to be "trying to rush" Barrett's nomination so she can "vote in his favor in the event of a disputed election."

"I certainly hope that all members of the committee have more confidence in my integrity than to think I would allow myself to be used as a pawn to decide this election for the American people," Barrett responded.

"Senator Coons, who's my friend, has absolutely no basis whatsoever, none, zero, nada for making that accusation against Judge Barrett," Kennedy told host Shannon Bream. "I mean, he basically called her a liar, and it was an evidence-free accusation."

Kennedy then recalled the 1997 case of Clinton v. Jones, in which the Court unanimously held that a sitting president can be sued in federal court over alleged acts committed before entering office. In that case, President Bill Clinton had been sued for sexual harassment by former Arkansas state employee Paula Jones.

Two of Clinton's appointees to the Supreme Court, Justice Ruth Bader Ginsburg and Justice Stephen Breyer heard the case and took part in the unanimous decision.

"I don't remember any of my Democratic friends insisting that those two justices put on by a Democratic president ought to recuse themselves," Kennedy said.

NJ officer on Starbucks employee's arrest for spitting in cops' drinks: 'Unnerving' amid a pandemic

Interest rates CUT amid coronavirus outbreak: How will it affect your pension & mortgage?

Latest Posts
Free press groups condemn charges against Glenn Greenwald
FINTECH ACCELERATORS: An inside look at top banks' accelerator programs — how they work, what success looks like, and what it means for the future of financial services
Biden and Trump hold dueling rallies in battleground Minnesota Friday
Biden Campaign Excoriates Facebook For Wrongly Banning Thousands Of Its Ads
UK House Price Inflation At 5-year High – Nationwide
Recent Posts
This website uses cookies to improve your user experience and to provide you with advertisements that are relevant to your interests. By continuing to browse the site you are agreeing to our use of cookies.Ok