Free speech victories often come on behalf of a motley crew of litigants from animal sacrificers to neo-Nazis to, this week, foul-mouthed high school cheerleaders.

The fact is that popular speech rarely needs protection. In the case of Brandi Levy, the cheerleader in Mahonoy v. B.L, she was denied the right to swear a blue streak after being rejected for the varsity squad at Mahanoy Area High School in Mahanoy City, Pennsylvania.

The Supreme Court ruled Wednesday 8-1 in her favor and, while she remains silent Levy most likely had a fittingly spicy way of acknowledging her major win for free speech. 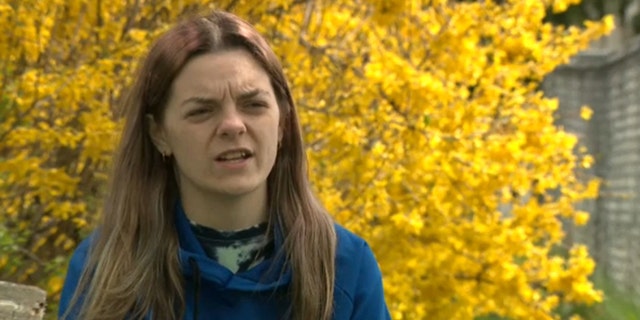 Brandi Levy speaks with Fox News’ David Spunt about a Supreme Court case stemming from a pair of shapchats she posted as a sophomore in high school. (Fox News)

In some respects, science was as much on the former high school student’s side as the law. Studies have shown that swearing is not only a sign of intelligence but helps alleviate pain.  If so, Levy healed herself with a profane response after being told that she would not make the varsity cheerleading squad. She and a friend vented at the Cocoa Hut, a local convenience store on Snapchat with a photo showing them with middle fingers raised with the caption: “F**k school f**k softball f**k cheer f**k everything.” Despite her later apology, the school suspended her from cheerleading for a year.

From high schools to universities, educators have been claiming expanding authority to monitor and punish students for statements made out-of-school or on social media.

Last month, the University of Oregon became the latest school to announce that it would be punishing students for statements made off-campus.

In his majority opinion, Justice Stephen Breyer declared it “might be tempting to dismiss B.L.’s words as unworthy of the robust First Amendment protections discussed herein. But sometimes it is necessary to protect the superfluous in order to preserve the necessary.”  Breyer flips the narrative of schools on having a need to protect students from disturbing or disruptive speech:

“The school itself has an interest in protecting a student’s unpopular expression, especially when the expression takes place off campus. America’s public schools are the nurseries of democracy. Our representative democracy only works if we protect the ‘marketplace of ideas.’ … That protection must include the protection of unpopular ideas, for popular ideas have less need for protection.”

However, the Court leaves much on the field in terms of future cases — a move that may have put the interest in achieving near unanimity above achieving clarity. Breyer states that “we can, as a general matter, say little more than this: Taken together, these three features of much off-campus speech mean that the leeway the First Amendment grants to schools in light of their special characteristics is diminished. We leave for future cases to decide where, when, and how these features mean the speaker’s off-campus location will make the critical difference. This case can, however, provide one example.”

Many of us hoped for an even brighter line of protection but this remains a great victory.

One of the notable aspects of the case is the vote of Justice Sonia Sotomayor. When she was nominated, I was most concerned about her views on free speech given her vote on the Second Circuit to uphold punishment of a student for out-of-school comments in Doninger v. Niehoff.

Blackburn presses Biden on WHO probe into COVID origins, amid renewed scrutiny of Wuhan lab