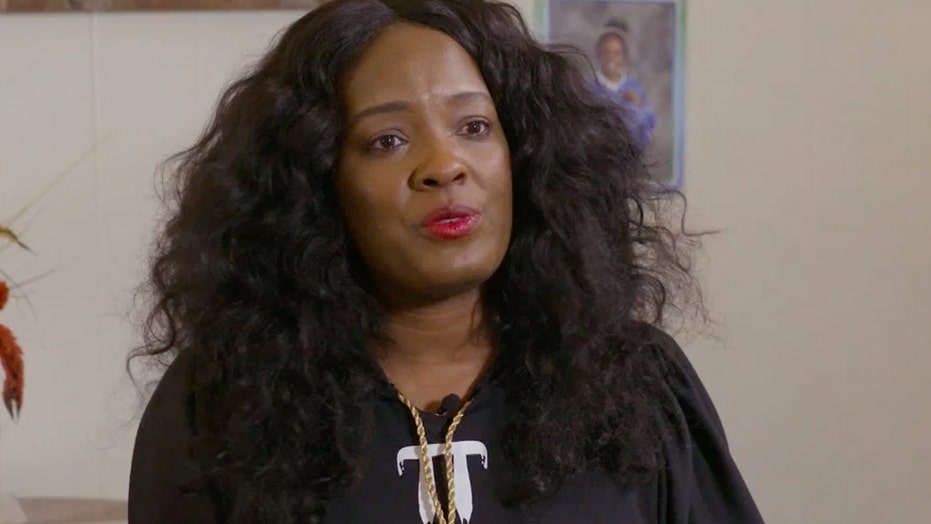 ‘Baltimore HS student fails all but 3 classes over 4 years, ranks near top half of class’

‘A Baltimore high school student passed all but three classes over four years and still graduated near the top half of his class with a 0.13 GPA, according to Fox 45 Baltimore.’

Tiffany France is understandably upset. She is a mother of three who works three jobs to support her family.

Her 17-year-old son failed 22 classes in Baltimore and was late or absent 272 days over his first three years of high school.

As recently reported, France’s son almost graduated near the top half of his class at Augusta Fells Savage Institute of Visual Arts after failing every class but three in four years. He has a 0.13 GPA. She thought her son would be graduating from the school in June.

According to Fox45 News “only one teacher requested a parent conference, which France says never happened.”

BALTIMORE HS STUDENT FAILS ALL BUT 3 CLASSES OVER 4 YEARS, RANKS NEAR TOP HALF OF CLASS

France ultimately had to pull her 17-year-old son out of the school and enroll him in an accelerated program to allow him to graduate from high school in 2023.

Her story is tragically all-too-familiar. The coronavirus pandemic led to the closure of an already failing public school system, as evident with France’s children.

We have a lost generation of kids who have neither the education nor the trained skills to succeed in society.

As teachers’ unions fight to keep schools closed, the true cost is being felt by students who are racking up failing grades, dropping out of virtual classes, increasing drug use, and, in rising numbers, committing suicide.

Watching this happen to the public schools has been particularly hard for some of us who are ardent supporters of public education.

Growing up in Chicago during the massive flight of white families from the public school system, I remained in public schools for much of my early education.

My parents organized a group to convince affluent families to remain in the system. They feared that, once such families left, the public schools would not only lose diversity but political clout and support. They also wanted their kids to benefit from such diversity.

My wife and I also believe in that cause and we have kept our four kids in public schools through to college.

We believe public education plays a key role in our national identity and civics. They shape our next generation of citizens.

My children have benefitted greatly from public schools and the many caring and gifted teachers who have taught them through the years.

Some of my parents’ worse fears have come true for our public schools. Indeed, many school officials seem intent on replicating past failures while opposing the testing that exposes those failures.

Some have denounced “meritocracy” as racist while others, including New York congressman, have recently attacked standardized tests as racist.

At the same time, officials are driving top-performing students from their systems in Boston, New York and other cities where advanced programs are being shut down or suspended.

According to a 2019 study, over half of the New York City public school kids cannot handle basic math or English.

Thus, more than two-thirds of African American kids were not able to handle basic math in a school system with one of the highest per capita expenditures for students in the country.

In Washington, with the highest per capita spending on students, education officials “celebrated” a small improvement of scores in 2019. However, the scores would make most people cringe.  Only 21.1 percent of Black students were proficient in math (as opposed to 78.8 percent for white students).

The pandemic served a purpose for those opposing standardized tests. Due to the school closures, there have been delays, reductions, or outright cancellations of standardized testing in many districts.

So now students will not be going full-time to school and also not be tested on their proficiency in subjects in some districts.

It is as if they did not exist, which is precisely the problem. Politically, they do not seem to register in terms of importance or influence. They are useful objects for politicians who use them for campaigns for more money or power.

In New York City, Mayor Bill de Blasio, for example, has proclaimed that public schools are a means to redistribute wealth as students continue to fail on every level in the system.

Decades and billions of dollars have been exhausted without significant improvement. However, the real cost of our failure is borne by these students who find little solace in knowing that their per capita expenditures continue to rise as their scores continue to fall or remain stagnant.

De Blasio may be successful in using public education for the redistribution of wealth but he, and other politicians, have done little in the equal distribution of education and opportunity.