Isakson, 76, died Dec. 19 at his home in Atlanta. Elected three times, the Republican stepped down at the end of 2019, after announcing that his physical health was declining because of Parkinson’s disease.

“Now we all know this is a polarized time. Unity is in short supply,” McConnell, a Kentucky Republican, told Isakson’s memorial service at Peachtree Road Methodist Church in Atlanta. “But the gigantic and diverse Johnny Isakson fan club has never failed to pack a room.” 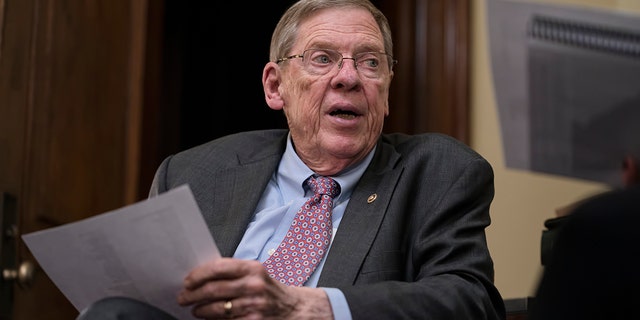 Isakson was a dealmaker and consensus builder, with multiple mourners making reference to the barbecue lunch that Isakson hosted annually to build friendships among senators across party lines.

“He particularly loved to vote for a bipartisan bill and authored an awful lot of bipartisan legislation,” said former Georgia senator Saxby Chambliss.

As many as 20 current and former senators attended, as well as a who’s who of Georgia politics including Gov. Brian Kemp and former governors Nathan Deal and Roy Barnes. The presence of McConnell and other senators in Atlanta also meant that they were missing from Thursday’s commemoration events of the Jan. 6 insurrection at the U.S. Capitol.

A millionaire real estate broker, Isakson was one of the founding fathers of the Georgia Republican Party. He spent more than four decades in political life, rising through the state House and state Senate to Congress when he won Newt Gingrich’s former seat before winning a Senate seat in 2014.

“To be clear, our colleague was a savvy legislator, a cunning dealmaker,” McConnell said. “There wasn’t a naive bone in his body. But Johnny’s achievements didn’t come despite his quiet virtues, they came because of those virtues.” 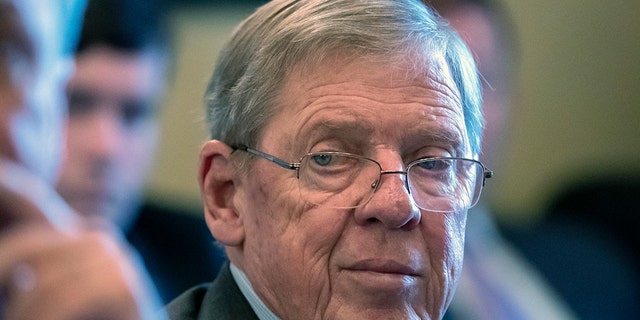 Senate Chaplain Barry Black remembered that it was Isakson who asked that the two be prayer partners and said Isakson asked him to speak at the service.

Isakson’s children shared more personal remembrances. Son Kevin Isakson talked about his father’s interest and attention to his family, remembering that as Isakson’s Parkinson’s Disease progressed, he would exercise by walking to Kevin Isakson’s house and visiting.

“He would walk up to my house; it was about a mile, uphill,” Isakson said. “He would come in and he would take a break. He’d have a cup of water and check in on whoever was there.”

Daughter Julie Mitchell remembered all the things her father had done for her — teaching her how to drive, walking her down the aisle to be married, and buying the keg for her University of Georgia graduation party. “Go Dawgs,” she said to laughter.

Son John Isakson remembered instruction from his father on how to give a speech in middle school, calling it “the best advice anyone ever’s gotten about how to talk to people.”

“He was that great,” John Isakson said. “I loved him very much. I will miss him every day.”

3 traits winning sports teams have in common, and what business leaders can learn from them

Trump supporters planned a protest in front of Twitter's San Francisco headquarters after the firm banned the president. It was a total bust.